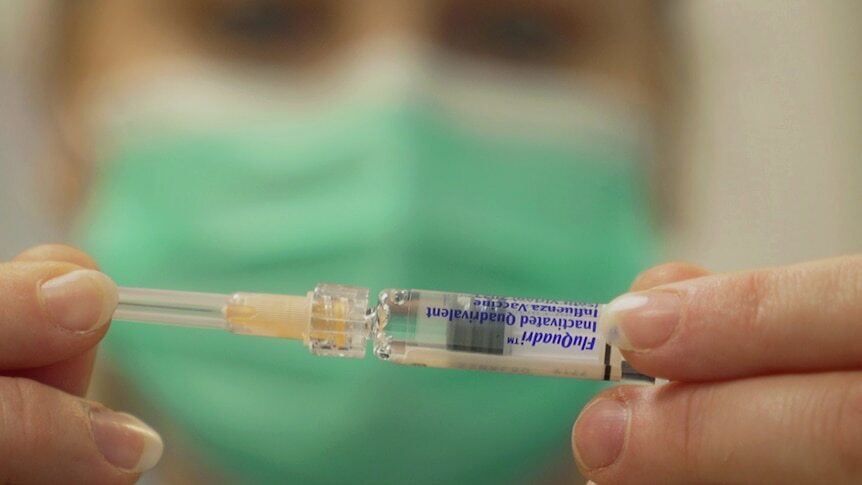 Victorian Premier Daniel Andrews says the state will reach its target of 70 per cent of the eligible population receiving their first dose of COVID-19 vaccine some time today.

Here are the key events from Thursday:

Catch up on all of Thursday's COVID-19 news and updates in our blog.

That's all for the blog today

We have been given our cue to close blog friends.

It has been another big day of news and updates.

Thank-you to everyone who joined us throughout the day.

Until next time, stay safe and be well.

Tourism and hospitality businesses have raised concerns about the Northern Territory's road map out of lockdowns, revealed by the Territory government yesterday.

The road map paves the way for life in the Territory once 80 per cent of the population is fully vaccinated.

Tourism Central Australia said it was grateful for the government's efforts to keep the Territory safe during the pandemic, but said the policy would further impact the already struggling industry.

"From day one of the pandemic we have been the collateral damage, and this will continue under [this policy]," chief executive Danial Rochford said.

Union officials say they're flabbergasted a COVID-riddled coal ship will be kept at sea, rather than brought ashore where they say sick seafarers can be better supported.

More than half of the 21 crew members on the MV Spirit of Ho Ping have COVID-19.

The International Transport Federation says it was told yesterday it was headed from Newcastle to Port Kembla to berth.

But the federation's Matt Purcell says at inter-agency talks this afternoon plans were made to keep the ship at sea, off the NSW coast.

"There seems to be a train of thought through the NSW government or the health department that they will leave the ship at anchorage and they will deal with it that way," he said.

That seems a bit strange to us. We think, get them off the vessel, isolate those who haven't got it and then deep clean the ship."

A hospital in the French city of Nice has suspended around 450 staff members who refused to get a COVID-19 vaccine.

The jabs became mandatory for all healthcare and care workers in the country overnight.

There are concerns the mandate will leave hospitals struggling, with coronavirus infections expected to climb over the upcoming cooler months.

New York authorities are butting heads with United Nations officials over a vaccine mandate for the upcoming General Assembly next week.

The UN Secretary General, Antonio Guterres, says he can not legally bar a head of state from the building, even if they are unvaccinated against COVID-19.

He says something will be worked out with the city, which is offering onsite vaccines for the gathering, which will see many world leaders attend in person for the first time in more than a year.

"The New York Mayor's office has put vaccination capacity at our disposal, so people that come will be able to be vaccinated in the premises or immediately outside the premises," he said.

WA Health is reporting no new cases of COVID-19 overnight.

Federal Northern Australia Minister David Littleproud has criticised the Northern Territory government's decision to launch its own stage 3 COVID roadmap that breaks away from the national plan.

Speaking to ABC Radio Darwin on Thursday morning, Mr Littleproud said it was important all states and territories followed the national reopening plan, which was agreed to by National Cabinet.

"The Prime Minister has put a platform through the National Cabinet to try and get consistency," he said.

"I think it's important, no matter their political persuasion… chief ministers and premiers, they really need to stick to the plan.

"[The Prime Minister] has tried his guts out to try and make sure that they all work together, and that is the frustrating thing."

Under Phase C of the national reopening plan, triggered when Australia's double vaccination rates reach 80 per cent, vaccinated Australians would be exempt from all travel restrictions.

That means a fully vaccinated person from Delta-ravaged Sydney would be allowed to travel to Alice Springs without undergoing quarantine.

The measures stand in contrast to those announced by Mr Gunner on Wednesday.

We are still waiting on figures from WA

No cases today in Wilcannia

The outback New South Wales town of Wilcannia has recorded no new COVID-19 cases for the first time in a month.

The predominately Indigenous town with a population of around 700 people recorded its first three infections on August 18 and has had 130 cases since then until today when no new infections were detected.

There were only two cases in Far West NSW, both in Broken Hill.

Despite 83 of the cases having now recovered, NSW Health authorities are still on high alert and will remain on the ground for some weeks.

The ACT Chief Minister has hit back at Canberra Liberals who have accused him of failing to give Canberrans hope or the certainty of a path out of lockdown.

During Question Time, Liberals leader Elizabeth Lee said Andrew Barr failed to deliver on the promise of a clear roadmap for a safe transition out of lockdown.

Mr Barr disputed the claim, saying he had clearly announced plans for a gradual easing of restrictions dependent on vaccination rates and the COVID-19 case numbers over the coming weeks.

"This is not a decision that is subject to political pressure," he said.

"This is not a decision that will be determined by the lobbying of the Canberra Liberals.

"This is a decision that will be taken on advice from the Chief Health Officer."

The Victorian racing industry will mandate vaccinations against COVID-19 for all staff and people involved with horse racing by the end of November.

The governing body, Racing Victoria, has announced that all staff, including trainers, jockeys, and race day officials who attend Victorian racecourses will need to get their first vaccination by October 16.

Chief executive Giles Thompson said the rule would not affect race spectators yet, but Racing Victoria needed to prepare the industry for when people were allowed back to watch horseracing.

"It's increasingly likely for events, as the state government has articulated. They are going to have environments where [there is a] no jab, no entry [policy] for particular events and we need to prepare the industry for that," Mr Thompson said.

NT has one new case, a returned overseas traveller in quarantine

Business groups say keeping Victoria in lockdown until more than 80 per cent of the state is fully vaccinated will fail to reward the community for its efforts to fight COVID.

It follows the Australian Medical Association calling for restrictions to remain unchanged until two weeks after everyone over the age of 12 has received their second dose.

Projections show that would take until at least November.

But the Australian Industry Group's Victorian head, Tim Piper, says the community and business owners deserve some freedoms for meeting the 70 per cent target outlined in the National Plan.

"What we need to make sure is that the AMA is also recognising the mental health factor and indeed the implications on businesses and the economy," he said.

"The further we head towards Christmas without having an open business environment is just going cause us even more complication."

ACT officials doing their best to deal with number of people infectious in the community, deputy CHO says

The ACT's deputy CHO says health officials are doing their best to deal with the number of people in the community while infectious with COVID-19.

Vanessa Johnston says some people were knowingly infectious in the community.

"So we're working really closely with the Community Services Directorate and ACT Policing on those matters, and moving people where we can to our government-managed quarantine facility," she said.

Lismore has been removed from Queensland's border bubble

From 6:00pm tonight Queensland is re-introducing restrictions on people who have been in the City of Lismore.

Queensland’s Chief Health Officer Dr Jeannette Young said anyone who had been in the local government area in the last 14 days may not enter Queensland.

“It is critically important that anyone who has been in the City of Lismore in the last 14 days does not enter Queensland,” Dr Young said.

“Those currently in Queensland who have been in the Lismore area in the last 14 days should come forward, get tested and isolate until they receive a negative result.

“We know the situation can quickly escalate with this virus, which is why it is important we respond appropriately.”

NSW Deputy Premier John Barilaro says he will update the state later today on whether the Glen Innes local council area in northern NSW will go back into lockdown.

A new COVID case was recorded in Glen Innes after the official reporting cut off last night.

Lismore council in northern NSW and Albury on the Victorian border have gone back into lockdown following new COVID cases there.

Twelve other regional councils came out of lockdown at lunchtime today, including Forbes and Cabonne in the state's central west, and Muswellbrook and Singleton in the Upper Hunter region.

Mr Barilaro says the border bubble with Queensland will also be discussed later today as a result of the Lismore case.