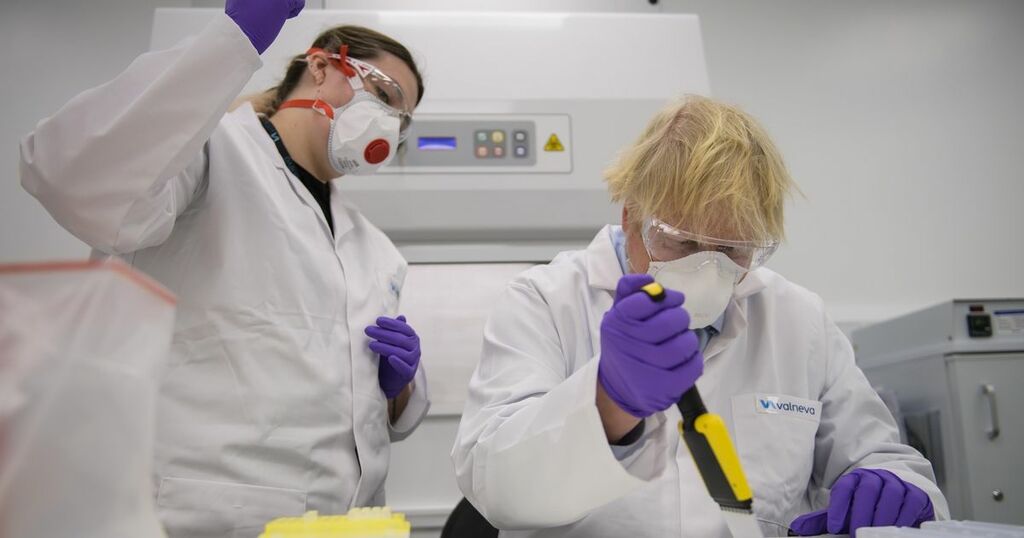 More information is being sought from the UK Government after a drugs firm said its contract to supply coronavirus vaccines had been terminated.

The French pharmaceutical company Valneva said the Government had alleged it was "in breach of its obligations" under the deal to supply the vaccine, which it is currently developing at its facility in Livingston.

Scottish Health Secretary Humza Yousaf said the move would be a "blow" for the site - visited by Prime Minister Boris Johnson back in February.

The SNP minister added: "When it comes to their supposed alleged failure to meet their contract obligations, we obviously are looking for more information from the UK Government and would expect that shortly."

The UK had ordered 100 million doses of the Valneva vaccine, with the amount to be supplied upped by 40 million back in February.

However the pharmaceutical firm said it had "received a termination notice from the UK Government (HMG) in relation to the supply agreement for its Covid-19 vaccine candidate, VLA2001".

It stated: "The contract provides HMG with the right to terminate. HMG has alleged that the company is in breach of its obligations under the supply agreement, but the company strenuously denies this."

Yousaf said even without the Valneva vaccines there would be enough supplies for a potential booster campaign.

Speaking on BBC Radio Scotland's Good Morning Scotland programme, he said: "First and foremost, even if this contract is terminated, we have enough supply even for a booster programme moving forward.

"I want to give absolute confidence to anybody listening that we have the supplies necessary to continue to vaccinate, and particularly with a booster programme hopefully on the horizon shortly."

He added: "The second thing, of course, is this is a blow for the facility in Livingston.

"We are very keen and will be reaching out to the company to try to get security and secure a future for that facility in Livingston - we hope that would be with Valneva."

The Valneva vaccine candidate is currently in Phase 3 trials, the firm said, with results due in the fourth quarter.

It added that subject to these and MHRA (the Medicines and Healthcare products Regulatory Agency) approval, it believes that "initial approval" for the VLA2001 vaccine could be granted in late 2021.

The firm stated: "Valneva has worked tirelessly, and to its best efforts, on the collaboration with HMG including investing significant resources and effort to respond to HMG's requests for variant-derived vaccines.

"Valneva continues to be committed to the development of VLA2001 and will increase its efforts with other potential customers to ensure that its inactivated vaccine can be used in the fight against the pandemic."

Local MP, the SNP's Hannah Bardell said she was "incredibly disappointed" by the news.

She pledged she would be "working with Valneva - who have worked tirelessly on this vaccine - and will raise this urgently with the UK Government".