Covid cases stayed below projections because of restrictions – Sturgeon 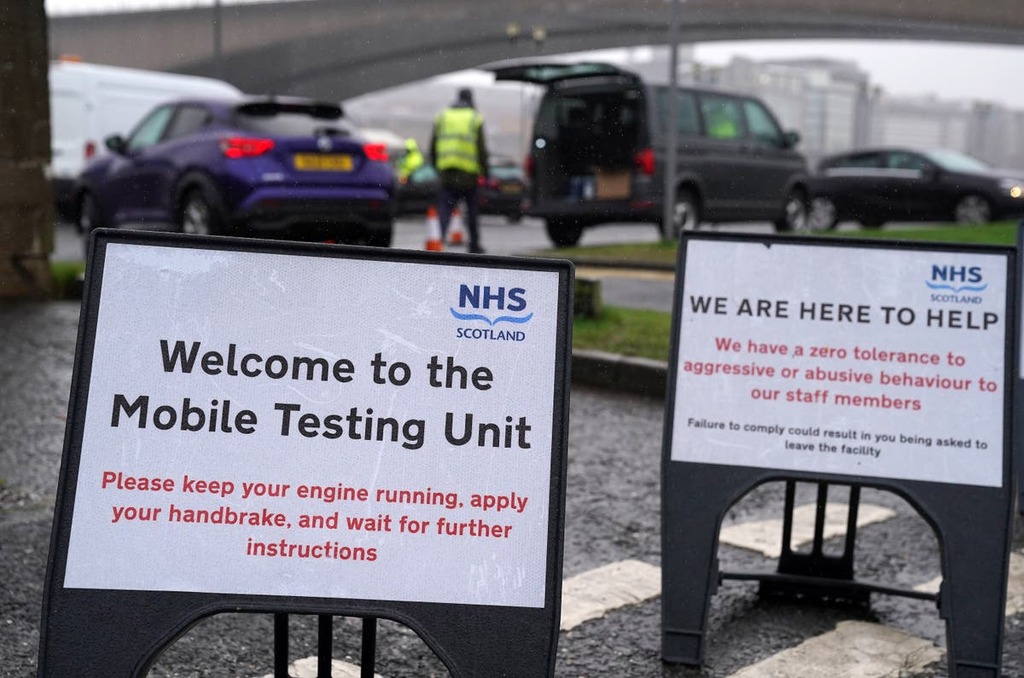 Cases of Covid-19 over the festive period were lower than feared because the Scottish Government did not “fold our arms” and accept surging infections were “inevitable”, Nicola Sturgeon has said.

Ms Sturgeon told MSPs in a Covid update on Tuesday that the Government believes there are currently 30,000 new infections each day, while a projection last month suggested the figure could be as high as 50,000 by mid-January.

On Thursday, Scottish Conservative leader Douglas Ross said the projection was “wrong” and hospitality businesses are still being “held back” with restrictions on social distancing and table service extended for at least another week.

But Ms Sturgeon said during First Minister’s Questions: “The projections before Christmas were not wrong.

“What happened is that we didn’t just fold our arms and accept those projections as inevitable.

“The public responded – as they have done throughout this pandemic – magnificently and we were able to change the course of those projections.”

In response to the emergence of the Omicron variant, the Scottish Government put restrictions in place including shuttering nightclubs, limiting outdoor events to 500 people, indoor seated events to 200 and indoor standing to 100, along with social distancing in public places and table service for hospitality businesses selling alcohol.

Ministers also urged people to limit their household contacts as much as they could in the run-up to Christmas.

Only the cap on large outdoor events has been lifted, with the change due to come into effect on Monday. A decision is expected next week on the remaining restrictions.

In a swipe at Mr Ross after Commons Leader Jacob Rees-Mogg described him as a “lightweight” when he called on the Prime Minister to resign, Ms Sturgeon said: “If Douglas Ross had been standing here, something I know is hard to contemplate for people in Scotland and even harder for some people in his own party it seems… is he really saying that he would not have responded to those projections in December?

“Because if that had been the case then we would have been in a seriously, seriously difficult position right now.

“Because we took sensible action, we are now lifting those restrictions, but we are doing so in a phased and responsible way.”

Mr Ross went on to say the imposition of restrictions by the First Minister is proof she “doesn’t trust the public” to live with coronavirus, a statement Ms Sturgeon described as “arrant nonsense”.

She added: “I lose track week on week as to what exactly Douglas Ross thinks we should or shouldn’t do to tackle Covid.

“All I can conclude is that Douglas Ross’s approach to tackling a global pandemic is simply to oppose everything the Scottish Government tries to do.”

Mr Ross also quizzed the First Minister on when businesses hit by the restrictions will receive support, claiming a number of firms have contacted him to say they are still waiting.

The First Minister told Mr Ross checks have to be undertaken by local councils before funding can be allocated to make sure cash is not being claimed by companies who are not entitled to it.