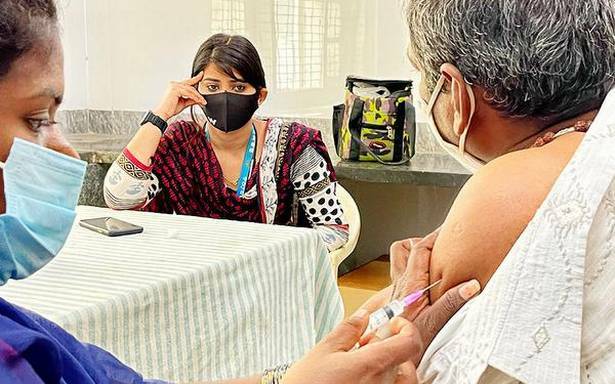 As Karnataka continues to report below 1,000 COVID-19 cases, much to the relief of citizens, the government, and the health machinery alike, two parts of the State are sporting opposite trends.

While some districts in north Karnataka are reporting few or no cases, those in the coastal belt are making up for much of the total cases, along with Bengaluru Urban.

In addition, though Mysuru had only 36 new cases, the number of active cases was 700, and Chikkamagaluru had 629 active ones.

There were other districts, such as Chickballapur, Chamarajanagar, Davangere, and Haveri, which reported below 10 new cases. Haveri also had only 12 active cases.

Experts say the swing in numbers is mainly owing to the location. C.N. Manjunath, nodal officer for labs and testing in the State’s COVID-19 task force, told The Hindu that for activities, such as education and commercial, Mangaluru and other neighbouring districts were an extension of places like Manjeshwar and Kasargod, leading to higher positivity rates as Kerala continues to report a high number of cases. In north Karnataka, with cases in Maharashtra being lower and owing to lesser traffic between the two regions, numbers are lower, he said.

However, experts have warned that it is too soon to celebrate the low rate of infection in the northern districts over the last few days, as the vaccination rate and seroprevalence in these districts remain low.