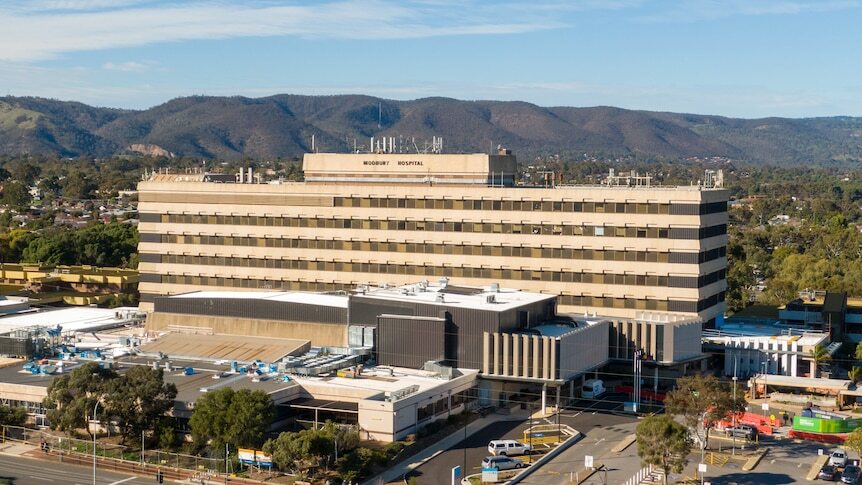 South Australia's hospital bed capacity has been given a significant boost, amid predictions the state could be facing a COVID-19 caseload in the thousands once border restrictions are eased.

The SA government has announced an extra 93 hospital beds across three health centres, to be rolled out in time for when the state's borders open up in coming months.

It coincides with a deteriorating coronavirus situation in Victoria — which today recorded almost 2,300 new cases — and comes after months of increased stress on SA's health system, including ramping pressures.

The bulk of the new beds will be at the Modbury Hospital (46) and the Hampstead Rehabilitation Centre (38), with the remaining nine at the Repat Health Precinct.

Premier Steven Marshall said they were in addition to 107 beds announced by SA Health earlier this week, and were "further preparation to become COVID-ready for when we ease the border restrictions".

Early modelling has indicated the number of concurrent coronavirus cases in South Australia could number as high as 4,000 once the nation fully reopens.

Mr Marshall said while preparations on the state's roadmap to emerge from restrictions was still being finalised, the new beds were part of a $123 million investment to expand the health system's capacity.

"My take on that is it's going to be used for patients who are already in the public system, who are NDIS recipients or looking for aged care beds, who have been stuck in the system," she said.

"With COVID, people aren't in hospital for a short period of time — people are in the ICU for weeks."

She also said there should be a clearer plan for how regional areas will cope with the virus.

"COVID will come to them, they don't have the capacity at the moment, we need to have a plan for them as well."

The head of the Australian Nursing and Midwifery Federation, Elizabeth Dabars, welcomed the new beds but said there needed to be more detail on how they could be rolled out in four to six weeks.

She also cautioned against the intake of 600 extra nurses as being a panacea in the event of a large-scale outbreak.

"We're very concerned to make sure those nurses and midwives are not used as cannon fodder," she said.

Despite earlier appearing to be at odds with SA Health's chief executive over the issue, the Premier said SA remained on track to reduce border restrictions in time for the festive season.

"We want to ease the borders by Christmas, we want to have as normal a Christmas as we possibly can in South Australia," Mr Marshall said.

"There's likely to still be some testing requirements for those people who come across the border from New South Wales, from Victoria, from the ACT.

"There's still much more work to be done on exactly and precisely what the testing regime will be as people come across the borders later in the year."

"That means we could look at further increasing the number of international arrivals who come into South Australia," he said.