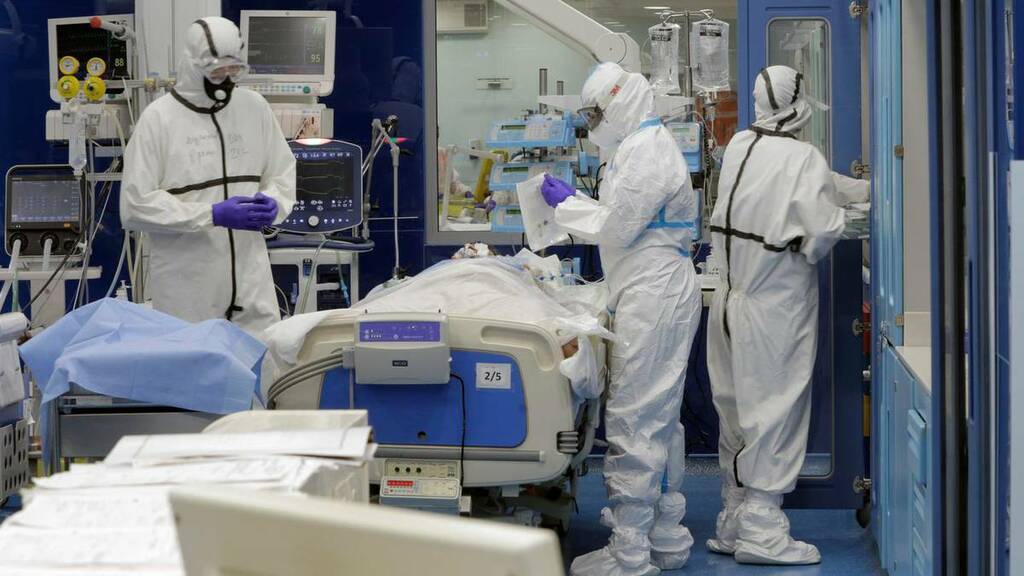 There are 198 new cases of Covid-19 in the community today, including 152 in Auckland and 30 in the Waikato.

New cases have also been confirmed in Northland, the Bay of Plenty, Wairarapa and Canterbury, and a weak positive case has been recorded in Wellington. A case announced yesterday in the Bay of Plenty was officially added to today's figures.

There are 76 people in hospital and six in intensive care units. The average age of people with Covid-19 is 50.

The Ministry of Health confirmed that a woman in her 80s who died yesterday at Middlemore Hospital was a resident of Edmonton Meadows Care Home in West Auckland.

The Ministry voiced its condolences to the woman's family and friends.

More than 20,000 people were vaccinated yesterday. Most of those were second doses and 6,635 first doses were administered.

A weak positive result has been returned from a person in Wellington but it is under investigation because the viral load is low.

The case is an essential worker from Auckland working in the city. The result could indicate a historical case or a case in the earlier stages of infection, the Ministry said. The worker is having a repeat test today and follow-up with the workplace includes tests of co-workers.

The person, a construction worker, was working on the Omāroro Reservoir project in Wellington and the site has been temporarily closed.

The new 35 million litre Omāroro reservoir will more than double the city's water storage. The project is being delivered by HEB Construction.

A HEB Construction spokeswoman confirmed the company was notified by the Ministry of Health last night of the weak positive test result. The person was not symptomatic and is double vaccinated.

"The site is open air, has been complying with Covid-19 protocols and has kept a record of everybody who has been on site. We are following the advice coming from the Ministry of Health as we respond to this situation," he said.

A person who travelled from the North Island to Christchurch has tested positive.

The Ministry did not release further details other than to say the person travelled recently, and a "probable link" to another case was under investigation.

"There is good testing capacity across the city today and over the weekend," the Ministry said this afternoon.

Six new cases have been reported in the Bay of Plenty, one of those from Tauranga and four from Mt Maunganui. All but one of these people were household contacts of known cases and are self-isolating at home.

A local school linked to one of the cases was closed today, and all students and staff were offered tests.

Everyone who lives in or has travelled to the region recently was asked to monitor locations of interest frequently.

Across the region, 87 per cent of eligible people have had at least one vaccine dose and 77 per cent were fully vaccinated.

The 30 new cases in the Waikato today mean the region has now surpassed 200 total cases in the outbreak. A new location of interest has been added in Cambridge.

Across the region, 300 people are isolating at home, including 115 people with Covid-19 and 185 of their contacts.

One person with Covid-19 is in Waikato Hospital in Hamilton.

The Ministry of Health announced two new cases in the Lakes DHB area.

One case is in Taupō and is a household contact of a known case. Both people are self-isolating at home.

The second case being reported today in the Lakes district is still under investigation. The person might live outside the region, the Ministry said.

In Northland, where some concerns have been building over next month's border re-opening with Auckland, three new cases were reported.

One of those is a Kaitaia close contact of an existing case. Another is a close contact in Whangarei with a clear link to an Auckland case, the Ministry said.

The third person was in Waipu and was having interviews with public health staff this morning.

A case reported yesterday in Levin has been reclassified as a Wairarapa case. The person is a close contact of an existing case, with whom they are now isolating in the Wairarapa.

Wairarapa now has a total of three cases. As with other regions where the Delta outbreak has arrived, local residents were being urged to check the Ministry of Health's website for any locations of interest.

In Wairarapa, 73 per cent of people were fully vaccinated and about 89 per cent had received one dose.

In Auckland, 5,200 people are isolating at home, with the majority of them being contacts. But the number also included 2,035 people with Covid-19.

Across the metro area, 18 community testing centres were available for testing today, including in Pukekohe, Northcote, Balmoral, Wiri and Ōtara.

More than 100,000 community tests for Covid-19 were received at laboratories across Auckland this week.

Of the regions with Covid-19 active cases, Lakes and Northland DHB districts are lagging behind others in vaccine uptake.

In Northland, 73 per cent of eligible adults were fully vaccinated, and 83 per cent had one dose. In Lakes, the rates were 75 per cent and 86 per cent respectively.

Vaccination rates were much higher in Auckland, where 87 per cent of eligible adults were fully vaccinated, and 93 per cent had by now got one dose.

In Waikato, MidCentral and Wairarapa, 90 per cent of eligible adults had now received at least one dose and 80 per cent were fully vaccinated.

Among eligible Māori, 63 per cent of people were fully vaccinated and 78 per cent had one dose.

Among Pacific Peoples, 77 per cent of eligible people were fully vaccinated, and 89 per cent had by now received one dose.

The new Vaccine Pass, which encountered some hiccups this week, has been downloaded by about 700,000 people.

The Ministry said the pass could be booked at MyCovidRecord.health.nz.

The system was operating smoothly and capacity had been increased, the Ministry added.

Today's update follows Health Minister Andrew Little's predictions of possible Covid-19 surges through summer, while the chair of Far North iwi Ngāti Kahu has voiced serious concerns over the consequences of opening Auckland's northern border. The border will open to fully vaccinated people and those with negative Covid-19 test results at 11.59pm on December 14.

On November 29, the Government is expected to announce more details around New Zealand's shift from the alert level system to the traffic light model.

Some barbers in Auckland reported a surge of interest today after a TV news report suggested some hairdressers could be given the ability to open under a trial next week.

Barnett told the Herald business leaders identified hairdressers as an anomaly, but weren't given any indication that an exception to salons or barbers would be granted.

Barnett told the Herald he expected the country to move into the traffic light system probably 24-48 hours after Cabinet meets on Monday week.

He imagined the Government wasn't keen on providing the transition date yet because administrative, paperwork or logistical issues still had to be ironed out.

But he said business would still prefer to get a firm date now, rather than on the 29th.

Health Minister Andrew Little said today up to 16,000 new cases a week could emerge in New Zealand in a worst-case scenario.

Little told the Herald that Covid-19 would move through the country, with cases spiking in one place then subsiding, before jumping in another region.

"That's why it's important each DHB and each group of DHBs on a regional basis are equipped to be geared up," the Health Minister added.

Meanwhile, some Māori leaders in Northland are worried the border opening in mid-December will put local communities at risk of getting sick - or worse.

"Te Tai Tokerau will not be the collateral damage - you might as well send body bags," Professor Mākere Mutu told Māori Television.

As of Thursday, just 58 per cent of the eligible Māori population in Northland was fully vaccinated.