Covid 19 Delta outbreak: Level 4 in Auckland extended for another week, rest of NZ to stay in level 2 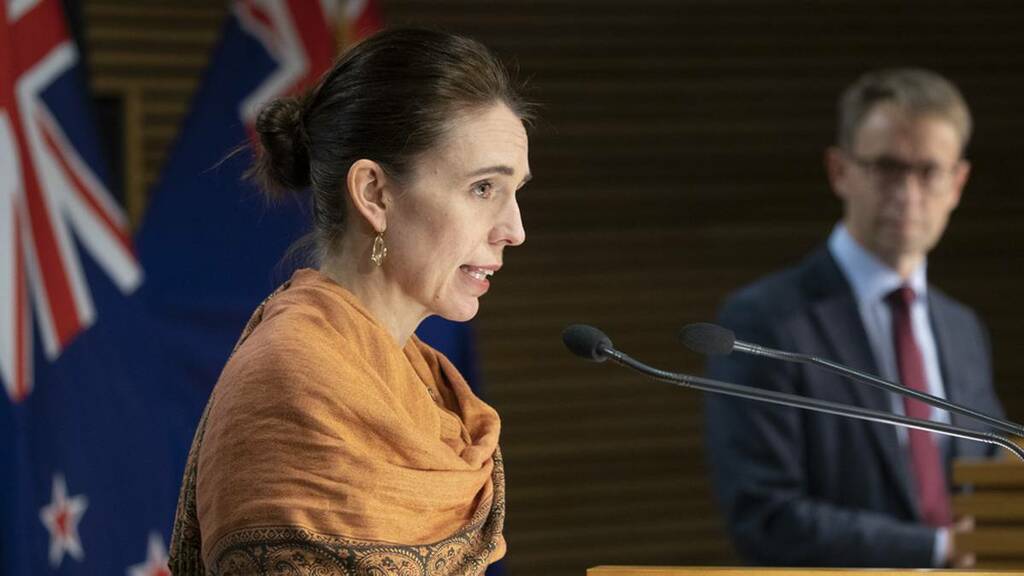 Auckland will remain at level 4 for another week, until 11.59pm on September 21, Prime Minister Jacinda Ardern has announced.

Cabinet has made an in-principle decision that Auckland will move to level 3 at that time.

Level 2 will remain in place for the rest of New Zealand for another week, and Cabinet will review these settings on Monday next week.

Ardern said Aucklanders were owed a debt of gratitude for enduring the ongoing level 4 lockdown and that "the next week will be critical in providing the additional reassurance we need".

"Please stick to your bubble. Stay home as much as possible. Try to reduce risk by having just one person go to the shop or supermarket."

Earlier today, 33 new community cases were announced - all in Auckland. It is the highest number of daily cases in several days.

However, just one of those cases was at that time yet to be epidemiologically linked to the outbreak (meaning no person-to-person link with prior cases) had been established.

That case was a person who presented to Middlemore Hospital on Saturday. However, their seven other household members have also tested positive and are linked.

Ardern said that Delta was likely to be passed on to family members, which means numbers will keep "rumbling along". About another 50 cases were expected in coming days due to the number of close contacts of identified cases.

That didn't mean alert level 4 wasn't working in Auckland, she said. The R value at the start of the outbreak was six or higher, but is now below 1.

Surveillance testing across certain suburbs and health care workers had not found any cases, she said.

"It is also clear there is not widespread transmission of the virus in Auckland."

In the last two weeks, 17 cases remain unlinked, and of those, only a handful were of "particular concern". Experts say the number of unlinked mystery cases is a key factor that could keep Auckland in lockdown.

Director-general of health Dr Ashley Bloomfield said the signs were good. The lockdown was working, testing was at a good level, and there were just a few cases giving concern to officials. An extra week would give them the time needed to find those extra cases.

"I have a high level of confidence we will get around this outbreak," he said.

Questioned on the different alert levels across the country, Ardern said they did not believe there were cases outside Auckland. But they wanted restrictions in place in case there was a case to be able to stamp it out very quickly.

Ardern said she had not seen the modelling but large gatherings were likely to cause the greatest spread of the virus. That was why "Delta 2" restrications were important for the rest of the country while there were still active cases in Auckland and people crossing the border.

They were doing as much as they could to test at the border, but it was impossible to completely seal it off when movement was required to be there for things like freight and moving goods around the country.

There had not yet been a conversation about a potential level 3 to level 1 split, Ardern said. There had been some consideration about a "level 1.5" but more would be revealed next week.

Queried on the Government's initial description of the lockdown as "short and sharp", Ardern pointed to the situation in Australia.

In New Zealand's situation, Ardern said "short and sharp" referred to rapidly moving into lockdown as soon as a case was identified, and keeping measures in place to reduce the time spent there as much as possible.

The outlook for Auckland last week indicated a slim chance of no more spread outside of people's bubbles by this week, but this changed after four cases visited Middlemore Hospital, sparking a series of new cases.

While case numbers remain low and contained, experts warn lifting Auckland out of lockdown too soon could risk reigniting the outbreak.

There are 21 people with Covid in hospital and four in ICU.

Ardern urged New Zealanders to get tested, even if they had the mildest symptoms.

"Please don't put it down to winter chills," she said.

In Auckland they were increasing random testing locations to pick up any community spread and asymptomatic cases.

On vaccinations, Ardern said Aucklanders booked in for a jab in October should jump online again to check for earlier appointments, or they should go to a drive-thru, where appointments weren't necessary.

Bloomfield said we were now vaccinating at a great rate and it was important more people were vaccinated.

He said there was more work to do to increase Māori vaccination rates, but there had been good work in the past few weeks particularly in Tāmaki Makaurau. It was not good if the overall rate was high but there were pockets of vulnerable people unvaccinated, he said.

In terms of vaccinations and hospitalisation rates, Bloomfield said other countries showed that even with high vaccination rates, restrictions were still needed to manage the impact on the health system.

New Zealand was keeping a close eye on countries with high rates of vaccinations that had opened up, including the United Kingdom.

Last week they were reporting about 8000 people in hospital, the equivalent of about 600 here. "That is a lot," Bloomfield said.

The UK was now looking at restrictions they could put in place to reduce that pressure on the health system, he said.

Still, there was very good data that vaccinated people were far less likely to require hospital treatment if they contracted the virus, Bloomfield said.

On the prospects of lockdowns in the future, Ardern said there was now a tool to prevent that - vaccinations - but they relied on people taking them up.

On summer festivals, Ardern said: "We will find a way to make sure, regardless of the circumstances globally and domestically, we are able to have the events that make New Zealand summers.

"I is part of who we are. It is about people's livelihoods but also about our summers and what makes them fantastic for people, particularly for young people.

"What has been so successful about our approach for the most part, yes there have been distruptions, but consistently we have been able to hold large events and I am very committed to be able to do that."

Asked about insurance for event organisers, Ardern said they were working towards being able to give them the certainty needed that that would not be an issue.

Another fortnight of the wage subsidy will now be triggered by the extra week in alert level 4.

Another round of the resurgence support payment will open on Friday.

"If you think you might be eligible for assistance, tap into what's there," Ardern said.

Questioned on the couple accused of escaping Auckland to fly to a family holiday home in Wānaka, Ardern said it was sitting with police and she would allow them to their job.

"My general comment is that everyone needs to play their part. The rules are not there to be gamed," she said. "Aucklanders would take a very dim view of Aucklanders who aren't doing their bit because they have for a long time and very diligently."

Ardern said she was not sure how they had first come to the attention of authorities. She did not know how they returned to Auckland.