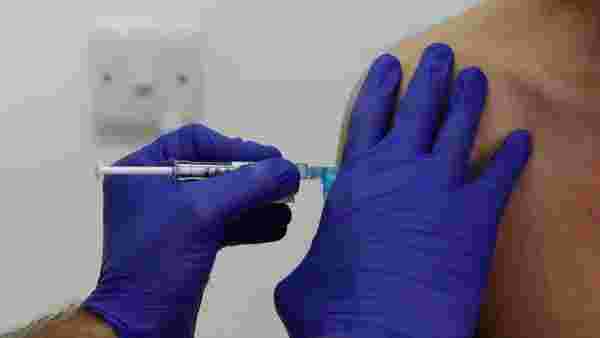 Covid-19 may become a routine illness like a common cold or the flu one day, virologists and epidemiologists say. But it will take a lot to get there, and the ferocious spread of the Delta variant that is filling hospitals again shows how treacherous that path could be.

More than 20 months after the pandemic began, people around the world are having to change the way they think about a disease that public-health authorities once believed they could conquer. A terrifying emergency has become a long, grinding haul.

The supercontagious Delta variant has made the virus virtually impossible to get rid of. It has fueled surges in cases across the globe, even in countries like Australia that had largely kept the pandemic out.

Among the most contagious of known disease-causing pathogens, SARS-CoV-2, the virus that causes Covid-19, is now zeroing in on people who haven’t been vaccinated, pushing hospitalizations and deaths in some places in the U.S. to their highest points yet.

While surges are easing in some states, cases are rising in others. Delta is moving the world toward immunity against the virus at huge cost. With every new infection it is raising the risk of incubating a variant that might spread even faster, sicken with greater ferocity or evade vaccines.

“This virus will never leave us," Catherine O’Neal, chief medical officer of Our Lady of the Lake Regional Medical Center in Baton Rouge, La., said during a long recent day caring for Covid-19 patients. The hospital is in its biggest surge since the beginning of the pandemic.

Scientists are trying to figure out whether SARS-CoV-2 will form deadlier or more contagious new variants, and how the pandemic might end. Their best-case scenario isn’t anything as hopeful as eradication. Instead, many expect Covid-19 will become a routine disease like a common cold or the flu, rather than a cause of mass hospitalizations and deaths.

That would make it just another disease for doctors to treat, one of many possible causes of a cough, fever or congestion. It also would become one more disease that people might have to get regularly immunized against.

When or even whether Covid-19 settles into that status depends on how many more people get vaccinated and how soon, said Adolfo Garcia-Sastre, director of the Global Health and Emerging Pathogens Institute at the Icahn School of Medicine at Mount Sinai in New York.

For Covid-19 to become mild, most people will need some immunity, which studies have shown reduces the severity of the disease. Infections provide some immunity, but at risk of severe illness, death and further spread of the virus, compared with vaccines. People could become vulnerable to SARS-CoV-2 if that immunity erodes or is weak, or if the virus mutates.

“The more people who are vaccinated, the less problems there are going to be," Dr. Garcia-Sastre said.

A future Covid-19 could be less deadly than the flu, which kills up to a half-million people a year globally, because the most widely used Covid-19 vaccines are better than flu vaccines, said Dr. Garcia-Sastre, an influenza expert. The disease could still remain serious for people with weaker immune systems, such as the elderly or immunocompromised people, doctors say.

But the slow rollout of vaccines is putting the world at great risk of confronting new variants, said Roberto Burioni, a virologist at the Vita-Salute San Raffaele University in Milan. “We should make available effective vaccines at a reasonable price to all populations," he said.

President Biden said Thursday that he would use federal powers to require Covid-19 vaccination for employees of many businesses, federal contractors and healthcare providers, part of an administration push to lift a nationwide vaccination rate that stands at some 63% of eligible people.

The risk of infection for the unvaccinated is growing as more people get vaccinated and the virus seeks out people who remain susceptible, said Angela Rasmussen, a virologist at the Vaccine and Infectious Disease Organization at the University of Saskatchewan.

“People are going to get exposed one way or another," she said. Vaccination is the safer choice, she said, to avoid damage or death from the disease, the risk of incubating new variants and contributing to further strain on health systems and economies.

The number of people who have been vaccinated or infected is rising rapidly. According to Public Health England, 98% of adult blood donors in the U.K. have antibodies to SARS-CoV-2. Most have them due to vaccination: 19% have antibodies from natural infection.

One reason many scientists believe that Covid-19 will eventually become a cold- or flulike disease is that four other coronaviruses cause common colds in humans. They suspect those viruses may once have caused more severe illness. But they can’t be certain. Those viruses started spreading long ago, and scientists don’t know how they evolved, said Stanley Perlman, a coronavirus researcher at the University of Iowa.

Delta is such a powerful variant that it will be hard for a new variant to outcompete it, said Eric Topol, director of the Scripps Research Translational Institute in La Jolla, Calif.

But SARS-CoV-2 continues to evolve, producing variants that virologists and public-health authorities are watching closely, such as one recently discovered in South Africa called C.1.2 with a change in its genome so big that it represents a new virus lineage.

In one study, Jesse Bloom, a virologist at the Fred Hutchinson Cancer Research Center, found many mutations that still allow the virus to bind strongly to human cells. “Overall, there’s a lot of evolutionary flexibility," he said.

Some scientists believe a variant could emerge that pierces the protection provided by vaccines.

“The next set of variants will be created in the midst of two to three billion people vaccinated," said Salim Abdool Karim, an infectious-diseases epidemiologist and director of the Center for the AIDS Program of Research in South Africa. “They’re very likely to be variants that can break through vaccine immunity. If they can’t break through vaccine immunity, they’re not going to make much headway."

If the virus does evolve to overcome vaccines, it will likely become less contagious or virulent, Dr. Burioni said. “Chances are the virus will need to pay a price."

That happened with HIV in the 1990s, he said. The virus mutated in a way that made it resistant to an antiviral drug. But scientists discovered the virus’s ability to make copies of itself had slowed dramatically, he said.

One worry is that SARS-CoV-2 could make a big genetic change as it spreads among cats, minks or other animals that also harbor it and pass the variant to humans, Dr. Rasmussen said.

Even if SARS-CoV-2 doesn’t evolve to escape protection provided by current vaccines, its gradual evolution can erode immunity to the virus over time, leading people to become reinfected and need booster shots, Dr. Bloom said. Immunity to other coronaviruses that cause common colds wanes every three to five years, he said.

Others believe the virus will eventually stabilize, and change only subtly thereafter. For the next two to three years, though, more variants will emerge, and authorities will race to provide booster shots against them, said Dr. Abdool Karim, whose lab is studying potential future mutations.

“We will play a cat-and-mouse game," he said.