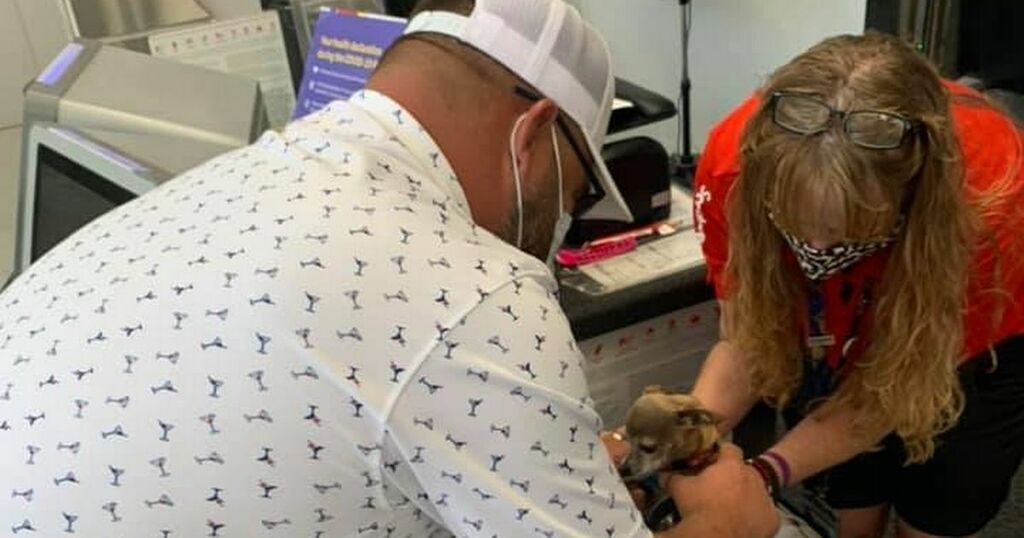 A couple who were told their luggage was overweight while checking in at the airport were stunned to discover their pet dog had smuggled itself into their suitcase.

Jared and Kristi Owens were flying from Texas to Las Vegas at the beginning of the month, but were told by staff at the Southwest Airlines counter at Lubbock airport that the bag on the scale was about two kilograms overweight.

Not thinking too much of it, Jared said: "Really quickly we are like 'oh, we have got to rearrange some stuff'.

But when they unzipped the bag to see what they could remove, the family's tiny chihuahua named Icky popped her head out of one of Jared's shoes, with the couple having had no idea she was in there when they packed it.

Incredibly, Southwest Airlines staff member Cathy Cook, who was helping the couple at the check in desk when the discovery was made, even offered to look after Icky while they were gone to ensure she remained safe.

Jared was blown away by the gesture, saying: "They have got a heck of an employee in Cathy. She went above and beyond and never made us feel, you know, they could have turned us in saying we were trying to smuggle a dog to Vegas or something.

"Never acted like that, they were extremely gracious. Like I said, she was willing to watch our dog for us while we were gone."

Jared said the overweight bag check almost certainly saved Icky's life and the pair were thankful they never boarded the plane with the stowaway in tow.

But he said that hiding away in small places was not out of character for their lucky pet, adding: "She’s the burrower, that’s what she does. She burrows in clothes, she burrows in obviously suitcases now.

"Thank goodness we found this dog because you would have gotten to Vegas and you probably would have had a deceased animal in your bag."