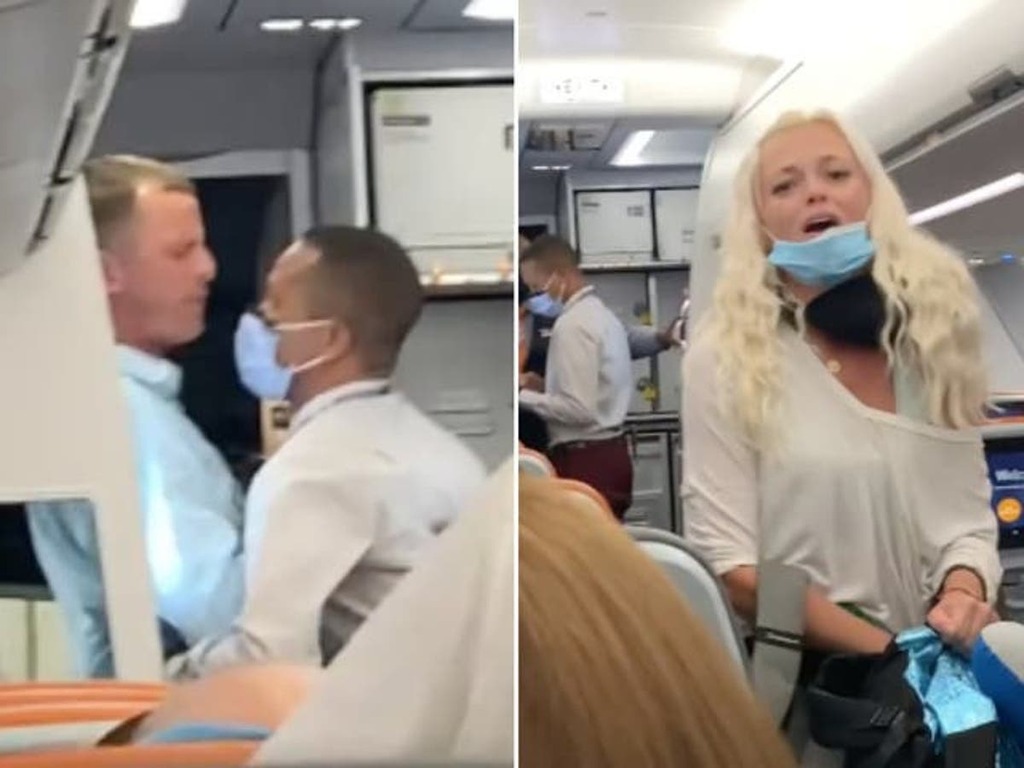 A couple have been filmed becoming aggressive and shouting at cabin crew in Florida, after being asked to leave a JetBlue flight due to staff concerns over their mask-wearing.

In the video, posted to Instagram, the unmasked man shouts and swears at flight staff for several minutes, lunging at the crew member next to him at one point, as several passengers film the altercation.

The woman, presumed to be his wife, talks more calmly and insists that the man was only given one warning by crew before they decided to escort him from the aircraft.

“You gave me one [expletive] warning. I pulled [the face mask] up the second he said something,” shouts the man.

“The second he said something I pulled it over my nose.”

The incident took place on a plane still on the ground at Fort Lauderdale, Florida - but bound for San Diego, California - and was shared to Instagram shortly after.

Passenger Alice, who filmed the altercation, said the chaos began when a flight attendant asked the woman to fix her son’s mask before getting on the plane, which she apparently didn’t. She also said that the woman and her husband “had their masks on off the nose the whole time”.

After squaring up to the crew member, the male passenger rants for several minutes, claiming he has waited “four f***ing hours” for the flight and that he was only given “one warning” to pull his mask up – which he claims he did “the second he (the flight attendant) said something”.

He then goes on to describe the situation as “f***ing bull***” and tells the flight attendant to “get me my s***”, presumably when he tells him to leave the aircraft.

“Popcorn, anyone?” says the woman filming at the end of the video. Fellow passengers can be heard cheering as the couple are finally escorted off the plane.

The US has a federal mask mandate in place, meaning passengers must wear masks on all airlines and in all airports across the country until at least January 2022.

On Thursday, President Biden increased the fine for those who refuse to wear masks on US flights to a minimum of $500, saying: “If you break the rules, be prepared to pay — and by the way, show some respect.”