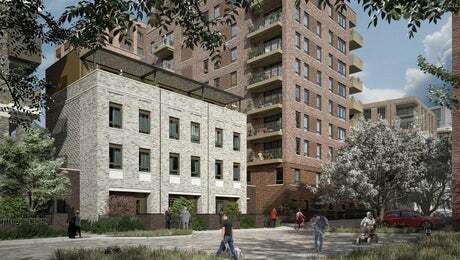 Countryside’s share price was falling through the floor today as the housebuilder reported a 50% drop in profits in the first quarter despite the UK’s booming property market.

Total completions of new-build homes fell from 1280 to 809 in the three months to January, sending revenues down from £363 million to £250 million.

Adjusted operating profit plunged from £36.6 million to £16.5m compared to the same period the year prior.

The gloomy numbers sent investors packing, with Countryside’s share price off by up to 27% to 287p in an otherwise flat FTSE 250.

The rout came as the developer’s CEO Iain McPherson stepped down with immediate effect as a ceasefire deal was brokered with activist investor Browning West.

His sudden departure follows that of chairman David Howell last May, who had been accused by the Los Angeles-based hedge fund of possessing "insufficient leadership skills”.

Peter Lee, a partner at thefund which holds a 10% stake, has been appointed to the board.

For its part, Browning has agreed to end its long-running campaign in a formal Relationship Agreement.

It includes, among other things, an undertaking not to propose resolutions at general meetings, circulate statements to shareholders or seek to remove directors from the board.

Browning has successfully pushed for the developer to pivot away from building homes for private sale and focus on its "crown jewel" partnerships business which builds low-cost social housing.

Howell’s successor John Martin, who will stand in as CEO as the search begins for McPherson’s replacement, said: “Iain has led Countryside through a challenging period, including the Covid pandemic and has clarified the group’s strategy, which is to focus all of our resources on our market-leading Partnerships business.

"I would like to thank Iain for his unwavering commitment and dedication and to wish him every success in the future.”

McPherson said: “It has been an honour to serve this great company. I have worked with many talented colleagues, and I expect them to drive the company from strength to strength."

Lee, who will join former women’s minister Baroness Sally Morgan on the buider’s board, said: "Browning West has made a substantial investment in Countryside because we believe the company has strong competitive advantages and tremendous long-term growth prospects.

"I look forward to working closely and collaboratively with my Board colleagues to ensure that Countryside can capitalise on its considerable potential."