Country diary: The bird box and tree trunk are no longer separate things 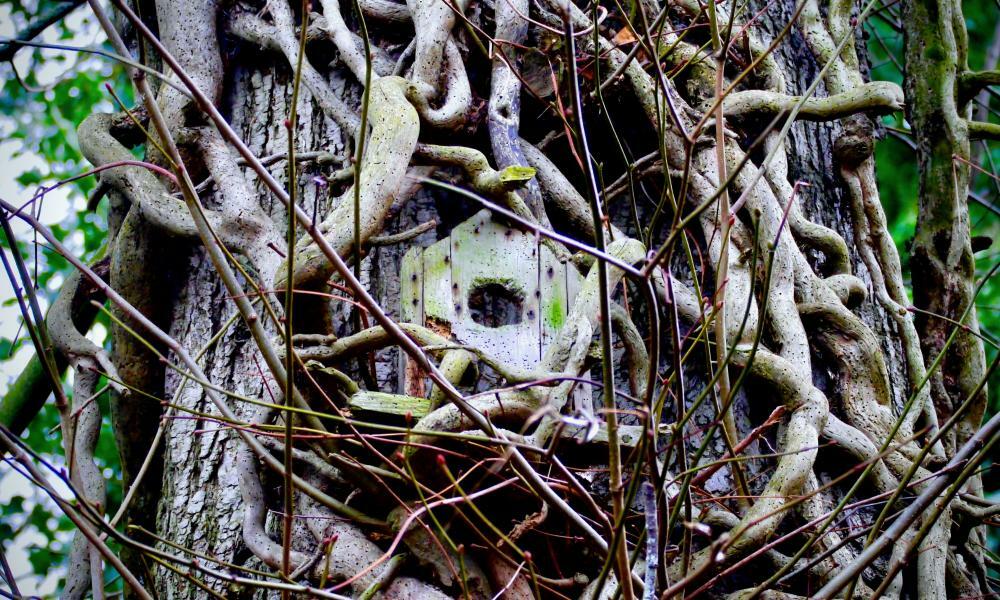 “For words are the birds of everything,” writes Ted Hughes (in Prometheus on His Crag), “So soon / Everything is on the wing and gone.” A derelict nest box rests on the trunk of a lime tree above the old railway line. The birds are gone; the leaves are gone; the spring and summer are gone; the rain, the snow, the sunshine are gone. It is the January of a new year, damp, cold and muddy.

In this season of passing, some are already searching for signs of spring and wishing winter gone when it’s only just arrived. The seasons of spring and autumn used to be transformative. They marked the dawn and sunset of life in the temperate world. Now winter is fleeting; often a non-season. This one began as the warmest ever. Too warm, too wet, too cold, too much – moaning about the weather is a cultural obligation, but winter will soon be gone. We are a people wishing ourselves over the edge.

There are words that have not yet flown but are so easily scattered: brambling, jackdaw, redwing, greenfinch, yew aril, hart’s-tongue, polypody, spurge laurel, catkin, vole. These are an everything seen within a few minutes under trees around the old railway track – which has gone. Like the ruins of a forest temple in a tangle of roots, the little nest box looks the same as the ivy branches that grip it to the tree bark.

These are no longer separate things, all have weathered to become the same material, the same colour with the same beetle holes. How many generations fledged from here? What kinds of birds? Where did they go? There are marks around the entrance hole where birds have pecked to enlarge it, and much of the structure is missing. There is not much left but an impression of a nest box on a lime tree: a once-was, not a will-be. It is no longer a “nest box” so its word and bird have flown, leaving a kind of winter, some unremembered, barely noticeable thing that marks a somewhere else now, an afterlife.