Could Hillary Clinton make a comeback in the 2024 presidential election? Her allies think so 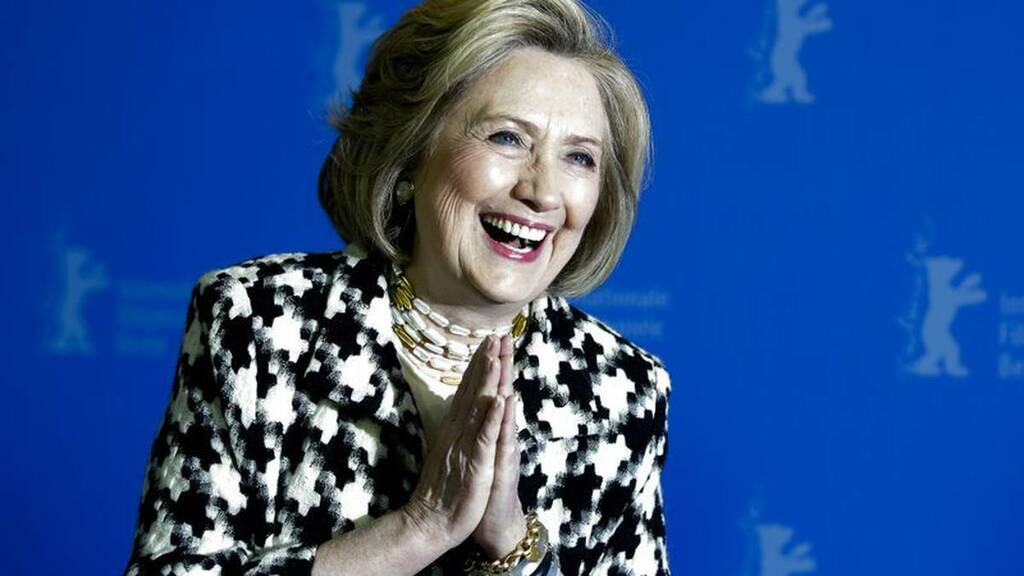 Allies of Hillary Clinton have suggested she is considering whether to pursue another presidential run in 2024, as the popularity of Joe Biden and Kamala Harris shrinks.

A shock return by Clinton, should she win the Democratic nomination, could set up a rematch of the 2016 election against Donald Trump.

In a Wall Street Journal article headlined Hillary Clinton's 2024 Election Comeback, a former Clinton aide and a Democrat politician from New York, argued that a "perfect storm" for the party made plausible the "once-unfathomable" prospect of a Clinton comeback.

They cited Biden's low approval ratings, currently at just 42 per cent, and the fact he will be nearly 82 at the time of the next election.

Vice President Kamala Harris' even worse approval rating of 39 per cent meant there was a "leadership vacuum" which Clinton could plug.

It came after Clinton last month issued high-profile criticism of Left-wing Democrats as she discussed the state of the party.

In an interview, she told NBC: "I think that it is time for some careful thinking about what wins elections, and not just in deep-blue districts where a Democrat and a liberal Democrat, or so-called progressive Democrat, is going to win.

"At the end of the day, it means nothing if we don't have a Congress that will get things done, and we don't have a White House that we can count on to be sane and sober and stable and productive."

Bill Clinton told People magazine last month that not electing his wife in 2016 was "one of the most profound mistakes we [America] ever made".

The former Democrat president said his wife had lost then because the "whole system was messed up".

The Wall Street Journal article was written by Doug Schoen, a political analyst and pollster who worked for Clinton, when he was president, between 1994 and 2000.

Andrew Stein, a former Democrat president of New York City Council, was the other author.

Clinton is a former US senator representing New York.

Schoen's position was surprising as, before the 2016 election, he announced he was making "one of the most difficult decisions of my life - not just political, but also personal", and reassessing whether he would vote for Clinton.

In the article the authors did not profess to have any inside information on Clinton's thinking.

But they said, based on Clinton's latest public statements, it seemed clear that she recognised she could be a "potential front-runner" and was also "setting up a process to help her decide whether or not to run for president again".

She would "seize the opportunity to run for president again if an opening presents itself", they said.

Democrats look set to suffer defeats in the midterm elections in November and could lose control of both chambers of Congress.

Schoen and Stein suggested Clinton would then begin to position herself for a potential run as a moderate Democrat and the "only credible alternative" to Biden, and the "best option" for the party.

If that were to happen it would be her third attempt, having also lost the Democratic nomination to Barack Obama in 2008.