Could a high-salt diet be the next cancer treatment? 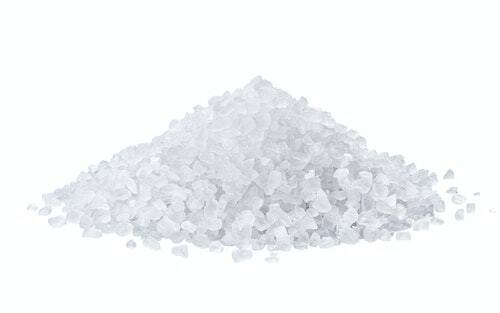 Roughly a decade ago, I was having breakfast with my dad when he noticed me pouring salt all over my eggs. “Aren’t you ever worried about your salt intake?” he asked. I snorted derisively. “No. I don’t drink, I don’t eat red meat, I’m not going to worry about salt,” I said.

As I’ve gotten older, that’s become less true. Study after study suggests that people with diets high in salt are at increased risk for high blood pressure, heart attack, and stroke. (I haven’t actually reduced my salt intake, but at least I worry about it now.)

But a study published Friday in Science Advances suggests that high-salt diets may have one unexpected thing going for them: tumor suppression. Researchers looking into anti-tumor immunotherapy examined the effect of high salt diets in mice with tumors. It appears that one typically negative consequence of a high salt diet—inflammation—may actually help suppress tumor growth. The results could be promising for future cancer treatments.

Amit Awasthi, an Associate Professor at Translational Health Science and Technology Institute in India and one of the researchers on the study, tells Inverse, “Salt has recently been identified as a trigger for activating immune response and promoting inflammatory response in autoimmune diseases.

“Therefore, we reasoned that salt might be helpful in overcoming suppressive tumor microenvironment and thereby could promote an anti-tumor immune response.”

The Background— The study builds on existing research that suggests that salt plays a role in the immune system in addition to the cardiovascular system. A 2019 study published in Frontiers of Immunology found that rodents fed a diet high in salt “showed a significantly inhibited tumor growth” compared with the control group.

But how exactly did salt accomplish this? What was the process by which salt was shrinking the tumor? That’s what Awasthi and his colleagues wanted to find out.

Does salt shrink tumors in mice?

What they did— First, the researchers wanted to confirm that a high salt diet could, in fact, inhibit tumor growth. So they implanted mice with B16F10 skin melanoma cells and then fed them one of three diets: a low salt diet, a “normal” or medium salt diet, and a high salt diet (HSD).

What they found— In good news for people who hate cancerous tumors, the researchers’ results corroborated the 2019 Frontiers study: the tumors in the mice who had the high salt diets were significantly inhibited compared to those in the low salt or normal salt diets.

Given how much damage salt can do to other parts of the body, the researchers also wanted to see how the mice’s organs were doing on the high salt diet.

Unexpectedly, the researchers say, they found no toxicological effects on any major organs, including the heart, lungs, kidneys, liver, or spleen.

How does salt shrink tumors in mice?

Digging into the details— To figure out how and why the high salt diet was causing tumor suppression, the researchers conducted “extensive profiling of tumor-infiltrating immune cells, draining lymph nodes, and splenocytes [white blood cells from the spleen or splenic tissue].”

The researchers found that high salt diets modulated the gut microbiome, which regulates crucial components of the immune system.

Specifically, when the researchers profiled the cells, they found a nearly 50 percent increase in natural killer (NK) cells, a type of white blood cell that can kill tumors.

Further, their results suggest that salt acts as an adjuvant—something that modulates immune responses to a vaccine or other immunotherapy. In this case, the salt inhibited a molecule called PDL1–-a protein that functions as a “checkpoint,” typically preventing T-cells from attacking other cells in the body (when you have cancer in your cells, you want those T-cells to attack).

“The highlight of this work is providing evidence that HSD mediated tumor immunity is dependent on the interplay between Bifidobacterium and NK cells activity,” Aswathi says.

While salt may have been the catalyst for these promising reactions, it appears that Bifidobacterium is doing much of the heavy lifting. The researchers gave the mice the normal and low salt diets Bifidobacterium alone (without additional salt). They found the bacteria were equally effective in reducing the tumor burden in mice.

What it means for the future— Aswathi says it’s too soon to know if high salt diets might ultimately be prescribed for people with certain cancers, but he thinks it’s “an interesting hypothesis to test.”

“HSD, despite having adverse pathological effects, could be beneficial in conditions where it is desired to trigger an aggressive immune response,” he says.

When appropriately monitored, it may be possible to mitigate any negative consequences of HSD while harnessing its tumor-suppressing power.

“An important finding of our study was that tumor-bearing mice, which were kept on a high-salt diet, did not show any pathological illness, which means that HSD is not only well-tolerated but beneficial for an anti-tumor response,” Aswathi explains.

There are many ways the researchers’ findings could be promising for human cancer patients, alone or combined with other therapies. But those possibilities “need to be tested in clinical settings with a controlled monitoring,” Aswathi cautions.

What’s next— Those human trials are what the researchers hope to go next.

“One avenue that we would like to explore is the randomized clinical trials of HSD in patients with a solid tumor,” he says. “We would also like to extend the findings from this study to understand the ionic dysregulation in inflammatory diseases.”

Although cancer immunotherapy — therapies that mimic some of the natural signals that the body uses to control cell growth — have been researched for almost a century, it’s only become a major part of cancer treatments in the last decade or so.

Aswathi and his team may have discovered the next major step in tumor immunotherapies, all thanks to a mineral that’s likely in your kitchen cupboard.