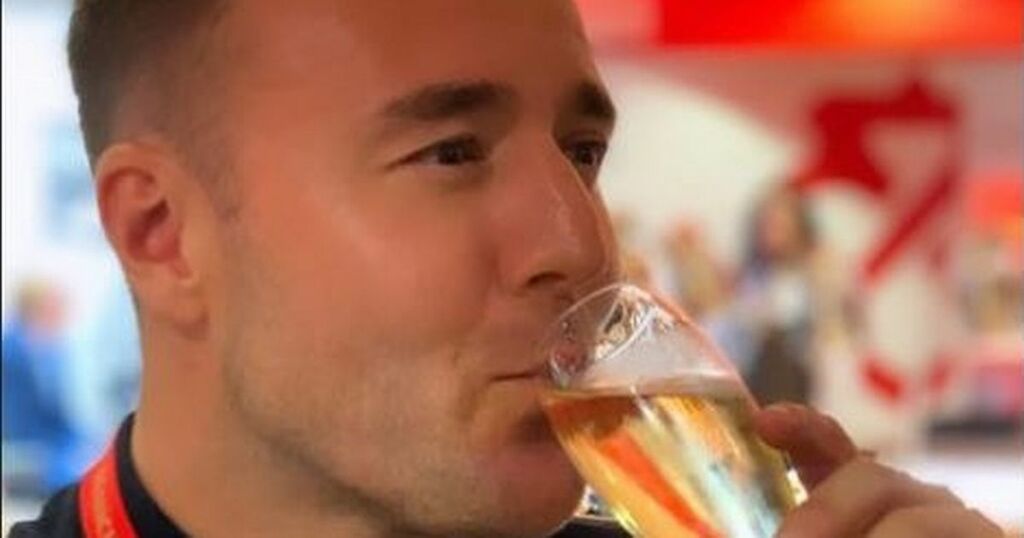 Andy, who plays Kirk Sutherland in the soap, watched United beat Newcastle 4-1 with his son Tom.

He shared a photo of father and son with a smiling emoji.

Andy, proudly wearing a United shirt, also caught up with I'm A Celebrity ...Get Me Out Of Here! co-star Myles Stephenson.

"Great to see my bro @mylesraksu in Manchester this morning and a massive Happy 30th Birthday as well," he captioned a photo of the pals together.

Over on Alan's Instagram, the Tyrone Dobbs actor, shared a photo of himself as he sipped on a glass of fizz.

"It's good to be be back @manchesterunited," he captioned the snap.

And he looked a far cry from his character Ty's turbulent home life.

The mechanic is currently caught in a love triangle as he wrestles with his feelings for his ex Fiz Stape while being engaged to Alina Pop.

Also at Old Trafford Antony, who plays Sean Tully in the soap, was all smiles as he met rap superstar Stormzy.

The Vossi Bop hitmaker posed in a United shirt for a photo with the Coronation Street actor from Bury.

"And then there was this unit…" wrote Antony as he shared a snap on Instagram.

"Omg me and my husband to be love you on Corrie and we also love Stormzy," gasped another.

He welcome appearance during Dave's performance of Clash.

The pair hugged as fireworks were set off, marking the end to the first day of the festival.