Corrie spoilers with shock death news, Alina prepares to leave and a familiar face makes a dramatic return to the street 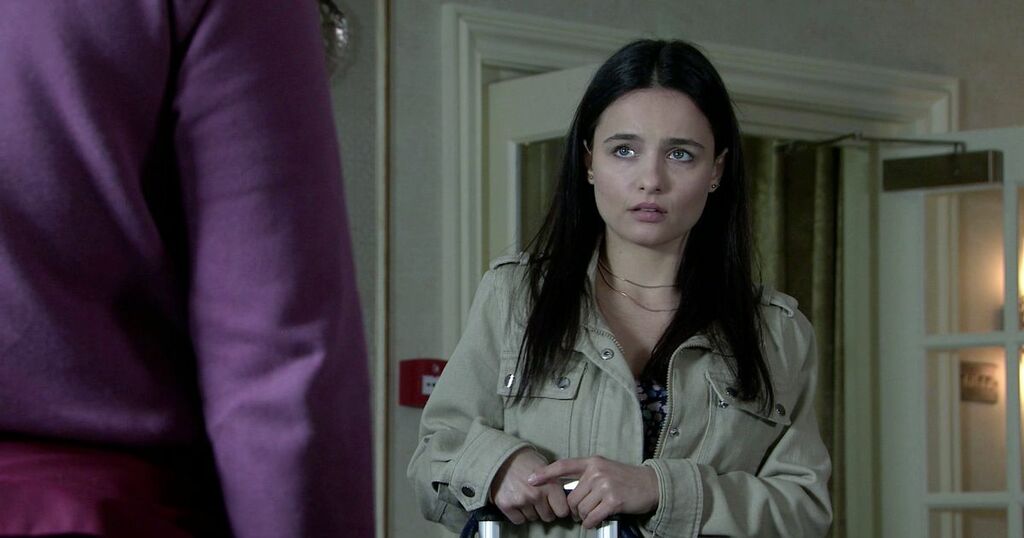 Tyrone Dobbs is caught up in the love triangle of his making on next week's Coronation Street and he doesn' know which way to turn.

He struggles to muster up any interest in fiance Alina Pop’s Romanian wedding plans, especially when he finds his ex Fiz Stape crying over a petition to have Hope their daughter Hope removed from school.

But things are made even more difficult when Fiz's former love interest Phill is back on the scene.

Hearing what’s happened Phill calls on Fiz and suggests a bite to eat.

And when Evelyn Plummer reveals to her grandson Tyrone that Phill has taken Fiz to the bistro, his jealousy is evident.

Unable to help himself, Tyrone follows them and when Phill goes to the loo, Tyrone blurts out to Fiz how much he misses her and the girls.

As Tyrone reveals how much he enjoyed their kiss and how his engagement to Alina was an accident, Fiz listens with disbelief.

Tyrone tells Alina that Fiz is thinking of moving away with the girls and he can’t possibly go to Romania, and Alina is left hurt.

She tells Tyrone she’s cancelled their trip and accepts that his girls come first.

But when she finds out that the fire at their flat wasn't the first time Hope had started a fire, Alina is horrified and rails at Tyrone for keeping secrets.

She's heartbroken as Tyrone admits he wants to get back with Fiz, and then she issues a very public humilation.

A woman scorned, she dumps their couple's portrait at the garage with the word ‘liar’ scrawled across Tyrone’s forehead before climbing in a taxi to leave.

As Fiz and Phill head to the bistro, a desolate Tyrone tries to convince Alina to stay.

Having tracked her to a hotel, he begs her to reconsider the end of their relationship.

As their love hangs by a thread, tragic news reaches the cobbles.

Ken Barlow, Rita Tanner and Mary Taylor arrive at the hospital to be met by an ashen-faced Freda who breaks the news that her husband Norris Cole died half an hour ago.

In the Rovers the friends raise a toast to a dearly departed Norris.

Also on the Corrie cobbles a familar face from the past swoops in to save Speed Daal.

Alya Nazir is horrified to learn that a call she took earlier wasn’t from the bank, but from a fraudster and she unwittingly allowed them to clear out the account, not Yasmeen.

In desperation, Alya leaves a voicemail for her brother Zeedan telling him how she’s been scammed out of thousands and doesn’t know what to do.

Zeedan arrives at Speed Daal as Alya is forced to explain her mistake to Yasmeen.

In the meantime Zeedan offers to transfer £50,000 to tide her over.