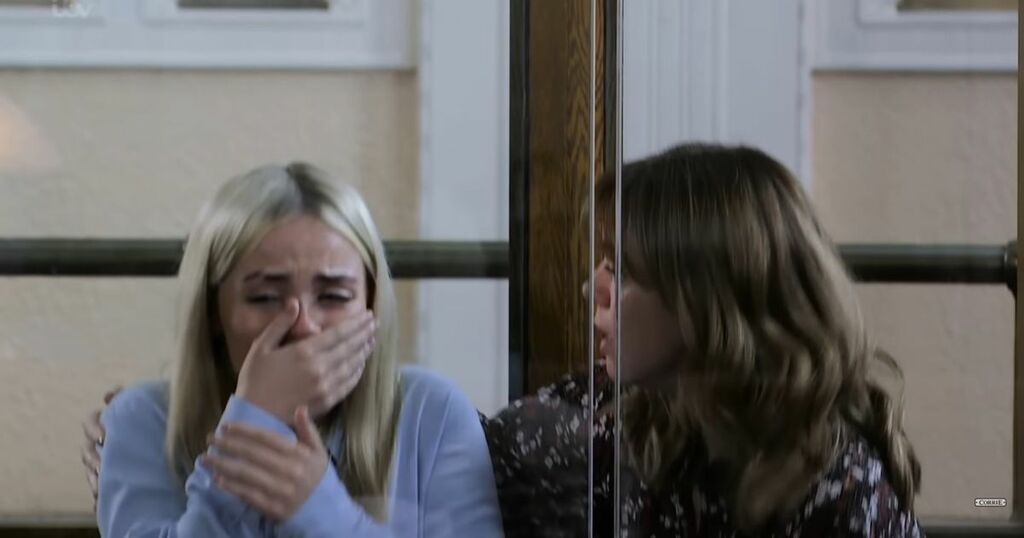 Coronation Street star Millie Gibson has shared what it was really like filming those emotional court scenes.

Fans of the ITV soap were left raging on Friday night as the verdict was finally revealed in Seb Franklin's murder trial.

Kelly Neelan was found guilty and will be sentenced over the builder's tragic death while co-defendant Corey Brent - quite literally - got away with murder.

Viewers know that it was the promising footballer that kicked Seb until he stopped moving in the horrifying hate crime which took place in May.

READ MORE: Brooke Vincent looks incredible as she shows off her abs on night out

In a flashback episode, Seb's girlfriend Nina Lucas - who was also attacked - remembered every detail from that fateful night.

In particular that it was Corey who delt the killer blows and it was Kelly, played by Millie Gibson, trying to stop him.

Corrie fans have been gripped by the scenes as they awaited the verdict but were left demanding action from soap bosses after villain Corey, portrayed by Maximus Evans, walked away a free man.

There was also heartbreaking news from the prison as Toyah Battersby was informed that devastated foster daughter Kelly had attempted to take her own life.

Following the dramatic and emotional scenes, Millie revealed what filming was really like.

The 17-year-old tweeted on Friday: "Those 3 weeks in Bolton in 30° heat looking at @CharlieDemelo in 6 layers and @RealGeorgiaT with 2 fans by her side were utterly worth every second after seeing the outcome of these scenes, couldn’t be prouder."

Imran Habeeb actor Charlie de Melo was quick to correct Millie, replying: "It was 40 degrees in the court room itself at various points. It was 30 degrees OUTSIDE."

Kel Allen, who plays Kelly's mum Laura Neelan, also backed them up. She said: "You guys were sat in a green house in a green house! Hottest week of the year with the heating on full blast."

Millie also had a message for fans of the ITV soap: "Ps, he’s not all bad in the flesh @MaximusEvans3 bloody brill tonight."

Fans were quick to respond to praise the teenage actress fro her portryal.

"I think my 16 year old daughter may have cried when I told her the verdict! Kelly is one of absolute favourite characters," one said.

Another tweeted: "Heartbreaking episode tonight. You are so incredibly talented and you have been so amazing throughout this horrific storyline. You are such a joy to watch and you WILL be set free I know. A shining star."

"You’re so talented!! Your portrayal is absolutely amazing!!" a third praised.

Another joked: "And not a drop off sweat on him…"