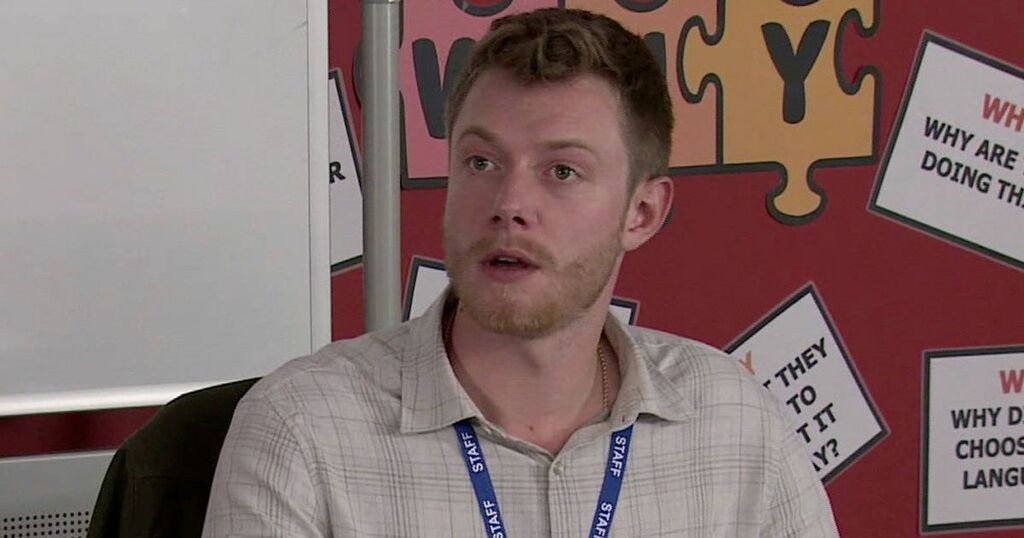 Trouble is brewing on the streets of Weatherfield, as Daniel Osbourne is accused of acting inappropriately towards Summer Spellman next week on Coronation Street.

Viewers will watch as the teacher finds himself placed in an awkward situation when he helps student Summer out with her university application form.

Daniel, played by Rob Mallard, will initially turn down Summer's request for extra tuition for the Oxford entrance exam.

Conscious of how it could be interpreted, the teacher feels he has to turn the hopeful schoolgirl.

However, the son of street legend Ken Barlow later has a change of heart and agrees to help Summer with her application.

Elsewhere on the cobbles, David Platt quizzes his son Max about his lack of homework.

The youngster insists he gets less due to his ADHD which leads David to go check his stepson's story out with teacher Daniel.

Things get heated between Daniel and David when the teacher tells the dad-of-two that it's a pity Max can't apply his brain to his school work rather than making a fool out of his father.

When Daniel then goes on to let Summer in for her private session, an already riled David lashes out at and accuses the teacher of favouritism.

Referring back to Daniel's history with his niece Bethany Platt, David insinuates that he probably fancies Summer.

Young Max listens to the adults talking and later makes a dig at his teacher, comparing his relationship with Bethany to that of Romeo and Juliet.

Later on in the week, Daniel's wallet goes missing at school and the educator accuses Max of pinching it.

Dad David is raging when he arrives to the school grounds and discovers Daniel ordering his son to empty his pockets.

As a fuming David leaves with Max, he swears to Daniel that he hasn't heard the last of the matter.

Viewers will be left wondering just what lengths David will go to in order to get his revenge on Daniel?

Rob, who has played the teacher on the ITV soap since 2016, explains that Daniel's relationships with Summer and Max are very different.

"Summer is the model student and he has lots of time for her but he doesn’t have the same time for Max," the 29-year-old revealed to The Sun.

"It’s a professional conflict, he knows he’s supposed to give equal time to all of his students but he definitely has a preference. It’s a logical preference because you can’t force someone to learn, then you’ve got someone else there who’s really keen.

The actor also opened up about Daniel's reaction to Max's comment about his past romance with Bethany.

Rob explained that his character is "shocked" by the youngster's comments and didn't realise his reputation was so bad in the Platt household.

He also adds how Daniel could fear for his job: “It’s quite a process doing your PGCE and becoming a teacher, it’s an investment that he doesn’t want to have no return on."