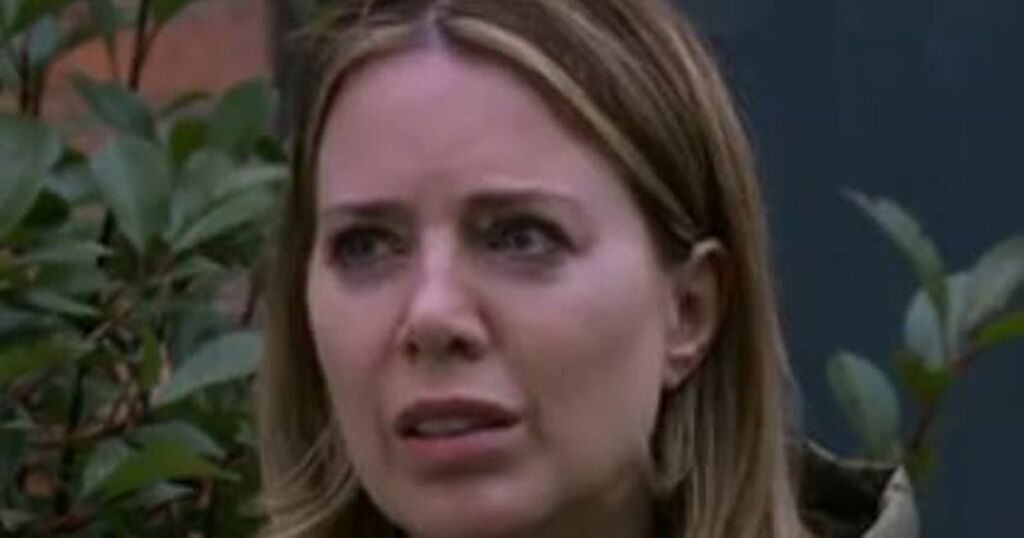 Coronation Street actress Sally Carman has told how the conclusion of the murder trial is just the start of the drama as Abi Franklin seeks revenge for her son's death.

Corey Brent may have walked away free from court while Kelly Neelan was sent down for the brutal murder of builder Seb Franklin, but a grieving Abi isn't going to let the case drop following the shocking not-guilty verdict.

In scenes that willl see her 'pushing the boundaries' as an actress, Sally says life will never be the same again after her Corrie character takes matters into her own hands.

"But it's like she's being driven by force that she can't stop and it's slightly out of her hands as well because she has to do what she's going to do."

Her revenge, filmed day and night over the past three weeks, will be screened in October during a huge week of episodes dubbed 'Super Soap Week.'

"It's ridiculous. It's outageous and it's been such good fun," Sally said about the scenes.

"There are stunts galore and it's been so much fun.

"It's one of those storylines as an actor that you go 'oh come on! let's have it!

And the storyline will see Abi, who leaves her partner Kevin as she focuses on revenge, reunited with a face from her past.

"It's a big blast from the past who she reaches out to" she teased.

Speaking about her heart-breaking decision to leave Kevin, Sally says it's because she 'can't let go of what's happened.'

"She knows she can't involve Kevin and Jack because it wouldn't be fair," she explained.

"She loves the bones of the pair of them which is the reason ironically that she has to leave them because she needs to have a think about how she can solve the injustice of what's happened."

Abi's son and his goth girlfriend Nina Lucas were set upon and attacked by a vile teenage gang led by Corey, played by Maximus Evans, back in May and Seb died the following day from his injuries.

Through flashback episodes ahead of the trial viewers saw that Corey was the one who repeatedly kicked him while Kelly tried to hold him back.

The harrowing storyline was based on the real life story of goth Sophie Lancaster who died after a similar hate attack back in 2007.

She and her boyfriend Robert Maltby were set upon because they were members of the goth subculture.

By working with Corrie The Sophie Lancaster Foundation, launched by Sophie's mum Sylvia to challenge prejudice and intolerance towards people from alternative subcultures, hoped to encourage more people to come forward to report hate crime.

Sally said: "Corrie went out on a limb a little bit because it's quite graphic and violent but it's necessary because this is what happens.

"I was blown away by it and the younger cast knock my socks off. They just blow my hair back.

"They're fantastic. They're not carrying the story they're just smashing it.

"I'm really proud of them all. They're blowing it out of the park.

"They're on it, they know their lines and they're good fun to be around."