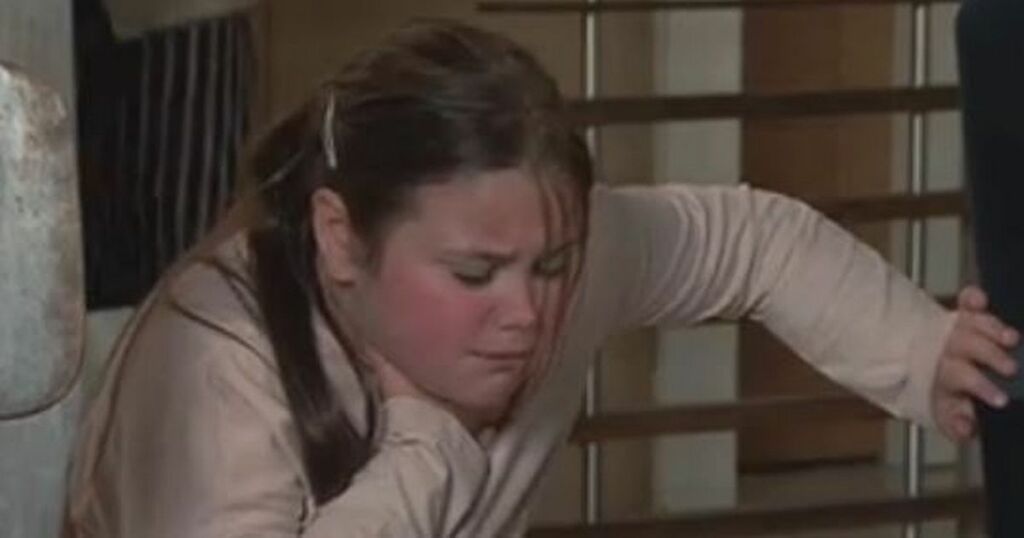 Coronation Street fans all noticed the same thing as Lily Platt made a comeback.

David Platt's daughter was at the centre of the drama in Friday's double bill (November 19) as she ended up choking on a lollipop after tormenting both her brother Max Turner and her cousin Sam Blakeman.

After taunting Max over his crush on Summer Spellman, Lily locked poor Sam out on the balcony and dangled the key in front of him.

As Lily sucked on a lollipop and taunted Sam through the glass door, suddenly the lollipop came away from the stick causing Lily to choke.

Corrie fans are now worried that after being away from our screens for a while, the eight-year-old is becoming like twisted firestarter Hope Stape.

And they took to Twitter to voice their concern.

@KingZairois tweeted: "So Lily has decided to turn into Hope."

@TheMandyHayes noticed: "They've made Lily into another Hope character."

And @fussyMcWhiskers gasped: "Wow - Coronation St has more than their fair share of devil children!

Lily is the daughter of David and the late Kylie Platt.

Lily lost her mother in 2016 when Kylie was murdered by teen thug Clayton Hibbs during an altercation at Prima Doner.

David is now married to Shona Ramsey who has taken on a maternal role in Lily's life.

Lily was played by twins Ava and Lilly Bushell from her birth in August 2013 until August 2014.

From September 2014 until May 2016 she was played by Betsie and Emmie Taylor and the role was taken over by Brooke Malonie the following month.

Thankfully Roy Cropper and George Shuttleworth came to Lily's rescue after Sam, who hasn't spoken since his mum Natasha Blakeman was murdered last month, knocked his telescope off the balcony.

But his dad Nick Tilsley and Nick's partner Leanne Battersby are concerned that Sam might have left Lily to die.