A British national has become the third person to test positive for coronavirus in the UK, as China’s ambassador in London accused the government of over-reacting to the outbreak.

Boris Johnson faced embarrassment after his father accidentally emailed journalists details of a meeting with Chinese diplomats, which showed they were concerned that the prime minister had not personally contacted Beijing about the outbreak.

After a 90-minute meeting on Tuesday, Stanley Johnson passed on Chinese ambassador Liu Xiaoming’s worries to UK officials, but accidentally copied in the BBC.

“Re the outbreak of coronavirus, Mr Liu obviously was concerned that there had not yet – so he asserted – been direct contact between the PM and Chinese head of state or government in terms of a personal message or telephone call,” he wrote.

Mr Xiaoming piled further pressure on the government as he suggested advice to British nationals in China to leave the country had been unreasonable.

“We did tell them over-reaction is not helpful,” he told a news conference. “We asked them to take the advice of the World Health Organisation [to] make a reasonable response. Do not over-react.

“All countries, including the UK, should understand and support China’s efforts, avoid overreaction, avoid creating panic, and ensure normal co-operation and exchanges between countries.”

Global deaths from the virus had risen to 639 by Thursday morning, with more than 31,500 confirmed cases worldwide. On Friday morning, Chinese state media reported an additional 69 deaths and 2,447 new cases in Hubei province alone.

The death of one of the first doctors who tried to warn others about the new virus also prompted an outpouring of sorrow. Li Wenliang, 34, was reprimanded by Wuhan police, who accused him of spreading “illegal and false” rumours and “severely disrupting social order”.

One of eight whistleblowers who tried to contact other medics about a Sars-like illness, Dr Li tested positive for the virus on 1 February and passed away in the early hours of Friday at Wuhan Central Hospital.

As a second new hospital with 1,600 beds was constructed in just days in Wuhan, China’s president Xi Jinping sought to reassure his citizens and the world that the country would beat the virus.

In a striking image of the epidemic's reach, about 3,700 people moored off Japan on the Diamond Princess faced testing and quarantine for at least two weeks on the cruise ship, which has 20 cases onboard.

In Hong Kong, another cruise ship, with 3,600 passengers and crew, was quarantined for a second day pending testing, with three cases on board. Taiwan, which has 13 cases, banned international cruise ships from docking.

The UK’s third patient – believed to be in the Brighton area – was transferred to London’s St Thomas's Hospital, which has a specialist infectious diseases unit

“We are using robust infection control measures to prevent any possible further spread of the virus,” chief medical officer Professor Chris Whitty said. “The NHS is well prepared to manage these cases and we are now working quickly to identify any contacts the patient has had.”

Two people were found to have the respiratory virus last week after they fell ill while in a York hotel room.

The pair – one a student at the University of York and the other a family member – were both Chinese nationals. They remain in isolation units at the Royal Victoria Infirmary in Newcastle.

Meanwhile, more than 80 UK citizens airlifted from Wuhan a week ago have been told they will be released from quarantine next Thursday.

On Wednesday, The Independentexclusively revealed that every hospital in England had been ordered to create secure coronavirus testing pods. 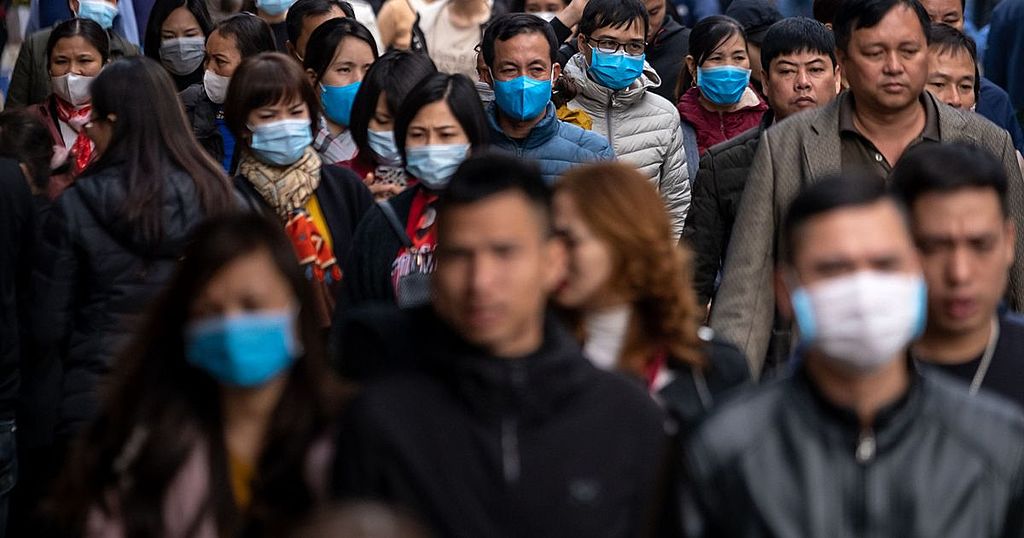 Manchester Evening News
One subscription that gives you access to news from hundreds of sites
Coronavirus: Third confirmed case in UK as patient tests positive for deadly disease

The patient, who is reported to have been diagnosed in Brighton, is being taken to a hospital in London after…

"The NHS is well prepared to manage these cases"