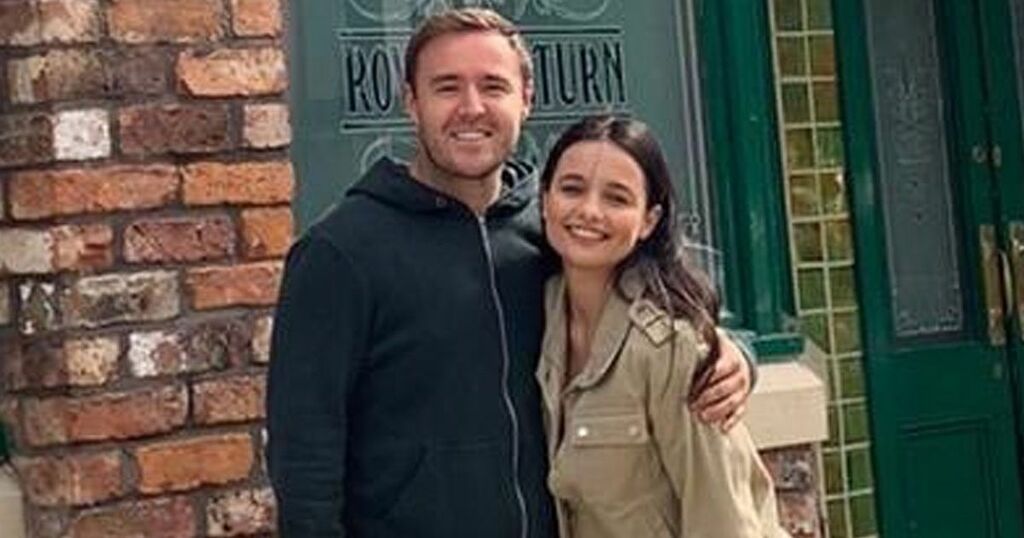 Ruxandra Porojnicu has confirmed her exit from Coronation Street.

The actress, 28, made her debut as Alina Pop on the ITV soap back in 2019 as part of a human trafficking storyline.

Alina went on to have a romance with Seb Franklin and develop a friendship with Emma Booker.

However, recent months have seen her drawn into a dramatic love triangle with Tyrone Hobbs and his long-term partner Fiz Stape.

Events came to a head in Wednesday’s episodes as Alina ended their relationship after discovering Tyrone still had feelings for ex Fiz and kept secrets from her.

A pregnant Alina then announced she was leaving for her native Romania to raise hers and Tyrone’s child alone.

Now Ruxandra has confirmed on Twitter that her time on the soap is over.

Sharing an image of herself with Tyrone actor Alan Halsall, Ruxandra penned: “And that’s a wrap on Corrie!

“Thanks to everyone who encouraged and supported me. It meant so much.

“I worked with some of the finest people,who are not only extremely talented but very humble and caring."

Keep in touch with your favourite soaps with our daily email newsletter - sign up here to get updates direct to your inbox.

She added: “They made me feel welcome and a part of this beautiful family.

She then added: “⁃people up north are well nice #alina #corrie ”.

The Mirror has reached out to ITV for additional comment on this story.

However, Alina has yet one more appearance to make on the soap tomorrow night as Tyrone tracks her down to her hotel before she departs the country.

What will she say to him before she departs the show for good? And will Tyrone see her again?