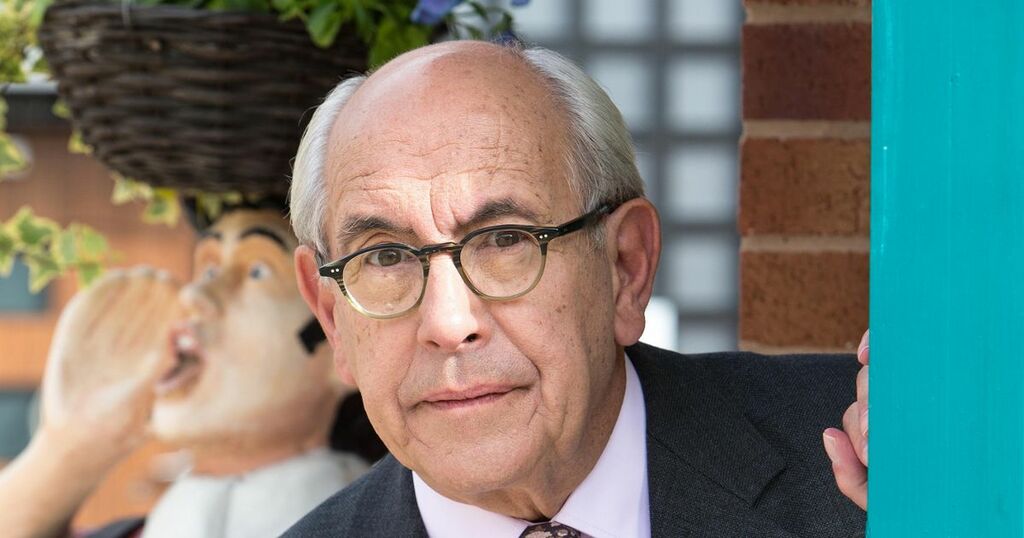 Ken Barlow confides in Rita Tanner that Norris wants to meet up as he has some important news.

However they’re shocked to hear from his wife Freda that Norris has collapsed and been taken to hospital with a suspected stroke.

When Ken, Rita and Mary Taylor arrive at the hospital they're met by an ashen-faced Freda who breaks the news that Norris died half an hour ago.

Back in the Rovers Return they raise a toast to dearly departed Norris.

In January it was announced that Corrie star Malcolm Hebden had retired from the soap after 27 years of playing busybody Norris Cole.

The 81-year-old actor called it a day after suffering a heart attack in 2017.

He briefly returned to the Coronation Street cobbles in 2019, swapping his beloved newsagents shop The Kabin for life at Stillwaters retirement complex with Freda.

Malcolm said: "I absolutely adored playing Norris and I was pleased to be able to return briefly after my operation.

"It took a great deal of courage to make the decision to retire, but I had come to realise that although the mind was willing the body was not so much."

A spokesman for the soap said at the time that he would continue to be referenced in scripts.

They said: "Malcolm made the decision to retire and leave the show during the summer of 2020 for health reasons.

"Whilst Malcolm enjoys his retirement at home Norris will reside at Stillwaters off screen and will continue to be referenced in scripts."

"I know a nation of soap lovers will be desperately sad to think they’ve seen the last of Norris but in his brilliant double-acts with Emily, Rita and more recently Mary, Malcolm has left us with countless fantastic memories in the show.

"I know I speak for all of Malcolm’s colleagues when I wish him all the best for the next chapter of his life - the place won’t be the same without him.”

Norris' break in 2017 was explained as visiting his friend Emily Bishop in Peru.

At the end of 2018, bosses confirmed Malcolm would return to the soap after recovering from his health scare.

And in July 2019 he spoke for the first time about suffering a “silent heart attack” - and praised the staff at Blackpool Victoria Hospital who saved his life.

He was treated at the Lancashire Cardiac Centre in December 2017 and later spoke to the Blackpool Gazette in an interview to mark the 70th anniversary of the NHS.

Malcolm, who was born in Chester and raised in Burnley, played gossipy Norris from 1994.

Norris first appeared in Weatherfield when he turned up at the house of Derek and Mavis Wilton after giving Derek, who he called 'Dirk', a lift home when he missed his coach from London.

He took Derek's advice to leave his first wife Myrtle and to stay with them, which he did for three years.

Norris returned on a permanent basis in 1999 and became one of the most popular characters on the soap.

The shopkeeper has been one of Corrie's best-loved characters thanks to his witty remarks and friendships with Mary Taylor and Rita Tanner.

He previously played Mavis' Spanish boyfriend Carlos from 1974 to 1975.