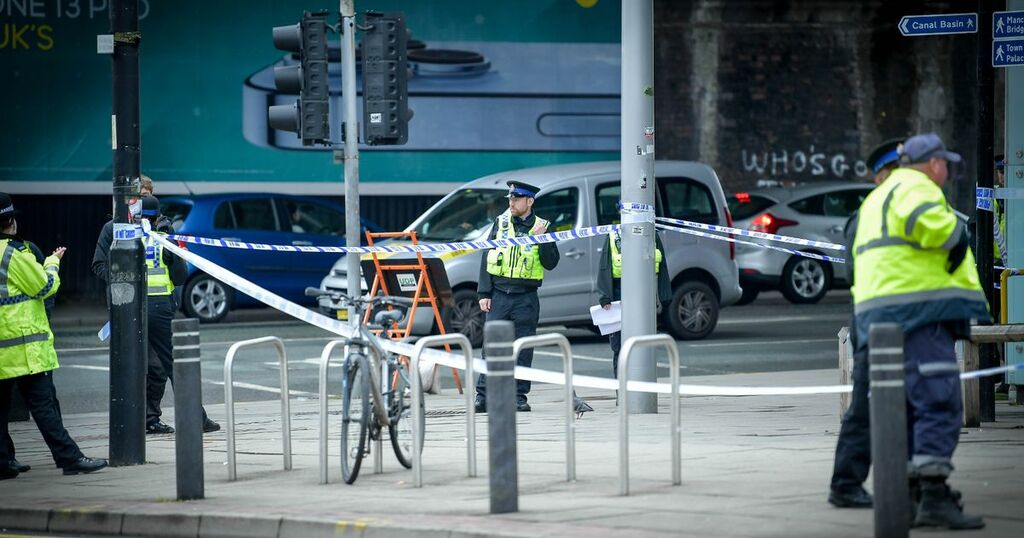 A man is in hospital with 'potentially life-changing' injuries after falling from some tram stop steps in Manchester city centre.

Police have taped off an area near the Deansgate-Castlefield Metrolink stop, on the corner of Deansgate and Whitworth Street West, after the incident this morning (Tuesday).

A man, aged in his 20s, is believed to have fallen from the stairs at the tram stop, a spokesperson for GMP said.

He was taken to hospital from the scene.

His injuries are potentially life-changing.

Police officers remain stationed at the scene this morning as investigations are carried out.

An area near the steps to the tram stop is taped off, with officers manning the cordon.

The M.E.N understands that Metrolink services are not currently affected.

In a statement, a GMP spokesperson said: "Police were called around 8.45am today to Whitworth Street, Manchester to a report of an injured male believed to have fallen from the stairs at Deansgate Tram Stop.

"The male was taken to hospital with potentially life changing injuries.

"Emergency services are currently in attendance and enquiries are ongoing to ascertain the full circumstances."

A spokesperson for the North West Ambulance Service said: "We responded to a 999 call at 08.31, reporting a man had fallen from a height.

"A man in his 20s has been taken to hospital with serious injuries."

Anyone with information should contact police on 101 or via the LiveChat function at www.gmp.police.uk quoting incident 674 of 05/10/21.

Alternatively, details can be passed via the independent charity Crimestoppers on 0800 555 111.