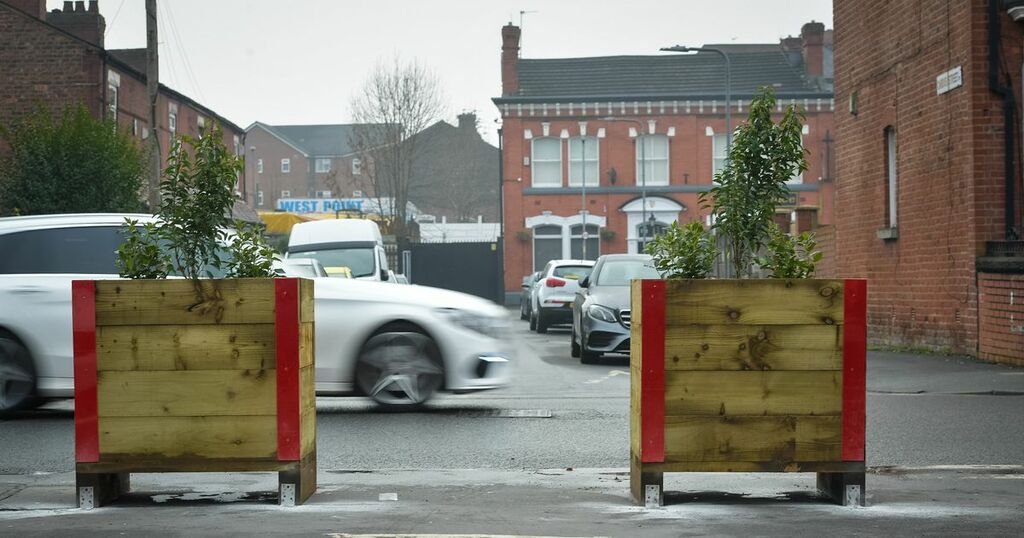 Controversial plans for a new ‘Active Neighbourhood’ have been shelved after residents overwhelmingly rejected the proposals.

People in Cheadle and Cheadle Heath have given a firm ‘no’ to the trial which council bosses hoped would encourage residents to make short trips on foot or by bike, instead of driving.

Also known as a ‘Low-Traffic Neighbourhood’ (LTN) it was to have been enforced by ‘point closures’ at parts of St David’s Road, St Mary’s Drive, Sherborne Road, Cheltenham Road and Larkhill Road.

These would have taken the form of planters or water-filled concrete barriers to prevent motorists from using the footway to get around the restrictions.

But residents felt the plans were being ‘sneaked through’ and said they had been unaware of some of the workshops and consultations held over the spring and summer. And now the council's consultation exercise has ended with a firm rejection of the scheme.

A report to Stockport council’s Cheadle and Central area committees reveals that of the 483 responses, some 75pc opposed the trial.

Longer journey times, increased congestion and a flawed consultation were the top three reasons for people not backing the proposal.

Cheadle Hulme North councillor Tom Morrison says he is furious about the ‘mishandling’ of the consultation - for which Transport for Greater Manchester commissioned consultants Arup working with Sustrans and 10GM.

A firm advocate of Active Neighbourhoods, Coun Morrison says the engagement process ignored local people and runs the risk of setting the cause back by several years.

The Liberal Democrat fears trust with the people of Cheadle and Cheadle Hulme has been broken.

“There was no attempt made to understand what the priorities were, for the people in the Boundary estate particularly, and what we are now left with is a very divided community and a very angry community," said Coun Morrison.

He says ‘serious questions’ now have to be asked about how the scheme ‘got through [council] cabinet as well as TfGM.

Councillor David Meller, cabinet member for economy and regeneration, accepts that the consultation was far from being as ‘comprehensive’ as it should have been.

And he acknowledges it ‘may well’ have put the active neighbourhood cause back, as Coun Morrison suggests.

“Certainly the message has gone back to TfGM that the way engagement was done was nowhere near detailed enough,” he said.

“But, at the same time, as we have seen with proposals across the country, they are controversial and it’s getting residents to change their behaviour.”

Coun Meller admits the trial is effectively back to square one and it will be some time before any proposals are back on the table.

But he says all is not lost.

“We still have an opportunity to do something here, but we need to get our engagement absolutely right," he said.

The Labour councillor added: “I got elected in 2018 on the idea of trying to make the ward a safer and greener place to live and I don’t want that to go away.

“I’m trying to deliver what I set out to do when I was elected.”

Coun Meller says feedback from the consultation could still be worked up into proposals by council officers,

“There’s still a big opportunity here - and a decent pot of money here - to do something positive. But we need to ensure residents are with us every step of the way.”

He added: “I was always clear from the get-go that any proposal would be guided by what residents came up with, and I have been true to my word really.”

A spokesperson for Transport for Greater Manchester (TfGM) said: “Further to the outcome of the engagement exercise conducted in August and set to be considered on September, 14 we continue to work closely with Stockport council with regards to the development of Active Neighbourhood proposals for Cheadle and Cheadle Heath.

" Active engagement with stakeholders is critical so thank you to everyone that has taken the time to take part and have provided their feedback.

“Residents and businesses play a huge role in co-designing active neighbourhoods and we encourage all community members to have their say in any future consultations.”

A spokesperson for Stockport council said: “A proposed trial of an Active Neighbourhood in Cheadle and Cheadle Heath has been led by Transport for Greater Manchester, Arup and Sustrans, in partnership with Stockport Council.

“The proposed trial had been developed through a series of online workshops earlier this year.

“Following a request from local councillors, a further public engagement exercise was undertaken in August regarding that proposed trial.