Conor McGregor called out for mixed-rules bout with kickboxing star 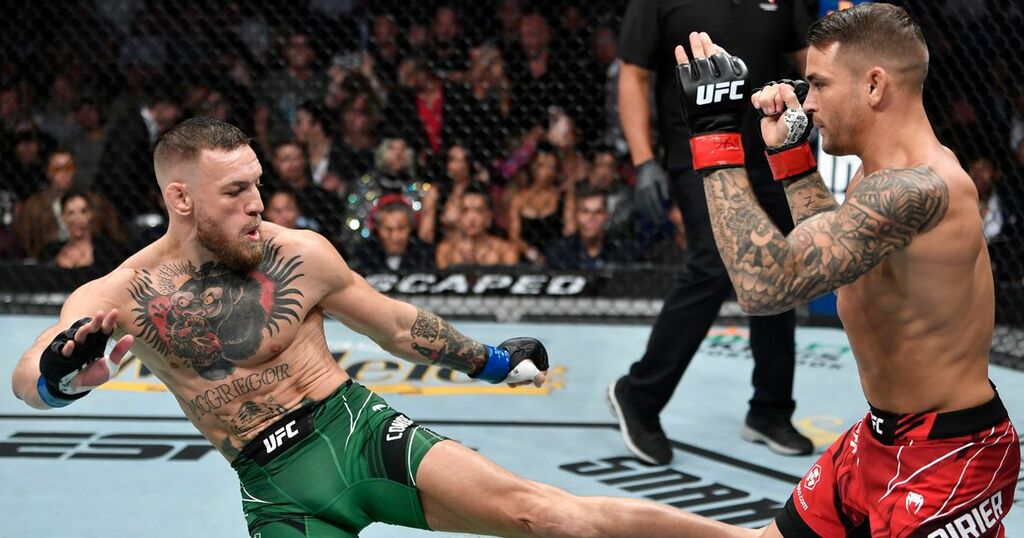 Conor McGregor has been called out by kickboxing star Superbon who has challenged him to a mixed-rules contest.

The UFC superstar is currently out of the cage, as he continues his recovery from a broken leg injury.

And he has faced several calls to action from many stars including Nate Diaz and Youtube boxer Jake Paul.

Kickboxing star Superbon is currently ranked the No.3 lightweight in the sport, and is due to return to action this weekend against Giorgio Petrosyan.

A mixed-rules bout between his co-star Rodtang and former UFC star Demetrius Johnson will take place in December this year.

And attempting to follow in their footsteps, ONE championship kickboxer Superbon plans to cross paths with McGregor in a mixed-rules bout of his own in the future.

"Well it's quite a new thing for me because I've never seen this kind of mixed rules fight before," Superbon said. "Rodtang is very good in Muay Thai while DJ is great in MMA so they've got the things that they need to do.

"If I have a chance i'd be interested too. I don't know when, but I'd love to do that. I haven't tried MMA yet - but if you asked me [who I'd like to fight], I'd say Conor McGregor, because I think I could beat him down!"

McGregor has already made his debut in the boxing ring, having fought in a historic exhibition with Floyd Mayweather back in 2017.

And Superbon, who is notorious for his striking ability, believes he could be the latest to defeat the Irish fighter.

However, this could be a distant dream with McGregor still left with two fights remaining on his current UFC deal.

The 33-year-old has also faced a consistent pursuit from YouTube star Paul, who believes he can hand him his second defeat in the boxing ring.

But Paul has slammed McGregor to "sober up" in order for the pair to meet in a financially-lucrative clash.

"We're on the path to a lot bigger fights. I'm salivating too, because I'm just getting warmed up," Paul said at the post-fight conference. " Conor McGregor has a lot more to focus on besides me right now. I'm five wins in a row. He is one and three in the past four years.

Who will Conor McGregor face on his UFC return? Let us know your predicted opponent in the comments section below.

I said it before the fight, I think Woodley is a harder fight than him, especially on the way he's going, Conor's going down, I'm going up. Woodley came in game, we will see."

McGregor is currently enjoying his time outside of fighting, and is on holiday with his fiancee Dee Devlin and three children.

And he has once again caught the eye, a fter posting on social media boasting of his wealth over the rest of the UFC roster.

But it has not all been good news for McGregor, as his antics outside-of-the-cage continue to face broad criticism.

Michael Bisping has warned the former double-champion that his money has turned him into a "c***".

While he has also faced another dig from bitter rival Khabib Nurmagomedov, who is continuing to react to his deleted tweet rampage.