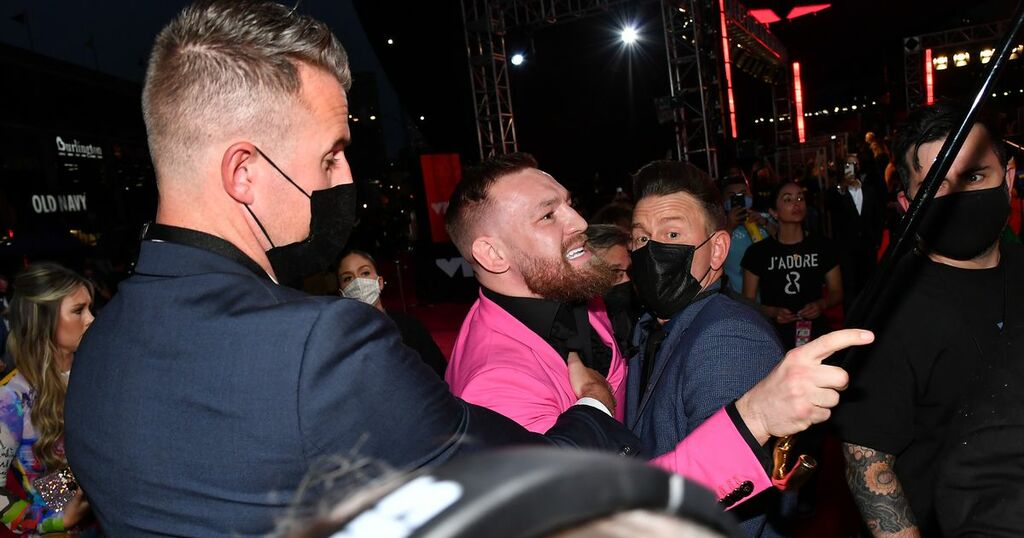 Conor McGregor has broken his silence following a clash with Machine Gun Kelly at the MTV Video Music Awards.

The pair were both held back by security on the red carpet at the Barclays Centre in New York on Sunday night.

The UFC star was joined by his partner Dee Devlin while the rapper arrived with his girlfriend Megan Fox as the couple’s posed for pictures before the scuffle happened.

Lifting the lid on how it all started, McGregor insisted that ‘nothing happened’ and he didn’t even know who Machine Gun Kelly was.

“Nothing happened with me, I only fight real fighters, people that actually fight, you know what I mean.

“I certainly don’t fight little vanilla boy rappers. I don’t even know the guy. I don’t know anything about him, except that he’s with Megan Fox.”

Machine Gun Kelly, whose real name is Colson Baker, was also asked about the alleged altercation but walked away without answering the question.

Both men later appeared during the VMAs ceremony.

McGregor, walking with a cane after suffering a serious leg injury in his latest fight in July, was on hand to award Justin Bieber his artist of the year prize.

Machine Gun Kelly was among the winners, taking home the prize for best alternative in recognition of his song My Ex’s Best Friend.

He and Transformers star Fox have been dating since last year.

She raised eyebrows at the VMAs by standing next to Kourtney Kardashian and introducing their respective boyfriends Machine Gun Kelly and Travis Barker to the stage as “our future baby daddies”.

Despite McGregor’s denial, another eye-witness told Page Six that the sports star was ready to ‘throw fists’ as tensions between the pair escalated on the red carpet.

“They scuffled then it settled down and Conor went for him again,” the source shared.

“McGregor was ready to throw fists. Security was having trouble holding him back.

“Everyone was screaming,” they insisted.