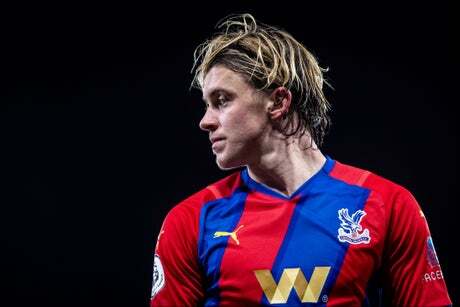 Crystal Palace have been boosted by the return of Conor Gallagher to training ahead of their FA Cup third-round tie at Millwall.

The Chelsea loanee, who has been a revelation for the Eagles this season, was absent from the last two Premier League games against Norwich City and London rivals West Ham.

Crystal Palace would not confirm whether Gallagher was one of the positive coronavirus cases suffered in recent weeks.

However, the England international is now back in training and ready to feature as Palace head across South London for their derby against Championship side Millwall, where they will be without the trio of Wilfried Zaha, Cheikhou Kouyate and Jordan Ayew who are all at the Africa Cup of Nations.

"Some of the players are back in training, Conor is one of them," manager Patrick Vieira said on Friday morning.

"The only update [on absences] is about the three players that we know are at the Africa Cup of Nations."

Vieira was also pressed on whether or not Crystal Palace would do business in January but the former Arsenal captain batted away questions over interest in Eddie Nketiah and ex-Gunner Aaron Ramsey.

“With the chairman and [sporting director] Dougie [Freedman], we’re always talking about how can we improve the squad and team," said Vieira.

“Of course, if there is a player there who we strongly believe can be a plus for the team, then we will think about it. But at the moment I always say we are happy with the squad we have.

“Of course we are talking but it doesn’t mean we’ll do any kind of business.

On Nketiah, Vieira added: “He’s just the same as Aaron, I think those players, with what you can hear, it looks like Aaron wants to come back to the Premier League.

“There’s not much to say about those players but for us, what is really important is really concentrating and focusing on the players we have."