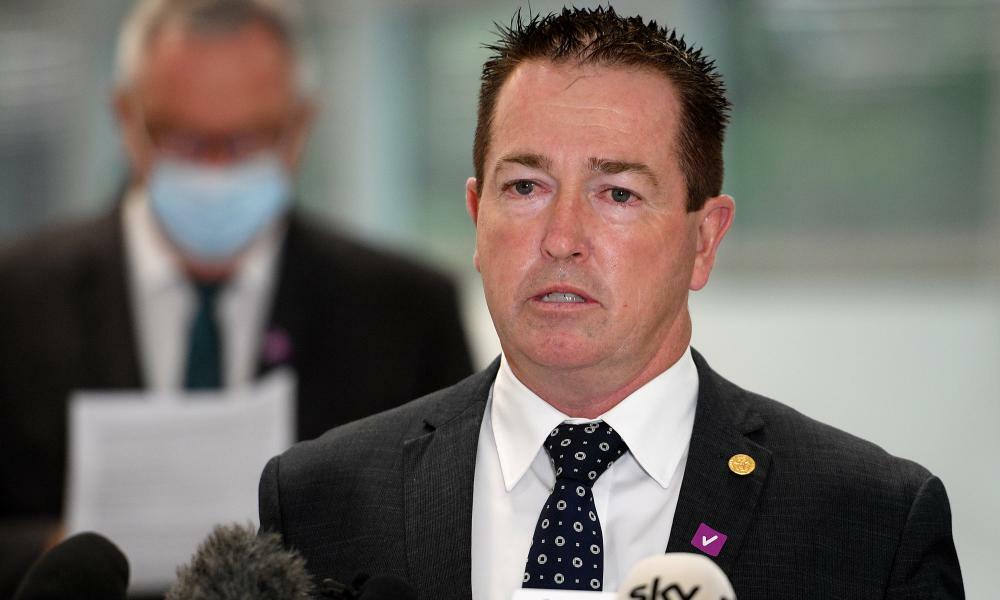 The New South Wales government has been scrambling to finalise public health orders for its upcoming easing of restrictions, amid confusion about whether day trips to regional areas would be allowed.

The NSW deputy premier, Paul Toole, has been forced to walk back advice provided by his own office that vaccinated Sydneysiders would be able to make day trips to regional areas from Monday for a range of activities including “visiting family members or attending attractions such as wineries”.

Toole told ABC radio on Friday morning that day trips would not be allowed and people could only travel between Sydney and regional NSW for essential reasons.

The confusion around travel freedoms to be granted after the state reached the 70% adult vaccination target comes as a further 646 Covid cases and eleven deaths were recorded.

The figures were reported by the chief health officer, Dr Kerry Chant, via a live-streamed video without journalists present.

Chant is yet to comment on the accelerated reopening plan announced by new the premier, Dominic Perrottet, on Thursday, which has triggered concerns from health experts including the Australian Medical Association.

On Friday morning, Toole made several media appearances where he acknowledged the confusion caused by previous comments one of his spokespeople provided to the ABC.

“I know that people are just wanting to put the foot on the accelerator and get out into the regions. And they’ll use any excuse to say I’m having a day trip and all of a sudden we’ll have all these influx of cityfolk coming out into the regions putting our communities at risk. So I’m not going to allow that to happen,” he told ABC radio on Friday morning.

He said visitors travelling for essential reasons, including compassionate visits to family or for medical reasons, would no longer need a permit.

“I can tell you right now that I’ve had that conversation with the health minister, and that is going to be clarified today. It is a little bit grey at the moment where people think they can do day trips, it will be cleared up today very clearly to say black and white, that you can’t go from Greater Sydney into the regions and you cannot go from a regional community into Greater Sydney,” Toole said.

In a press release issued later on Friday, Toole said “it will still be a few more weeks before people from Greater Sydney can travel out to the regions for holidays or recreation”.

By Friday afternoon, the public health orders to take effect from Monday had been updated to reflect the ban on travel in and out of Greater Sydney for recreation.

Greater Sydney, for the purpose of health orders, includes the Central Coast, Wollongong, Shellharbour and Blue Mountains, according to the NSW government.

Of the 11 deaths announced on Friday, only one person had received two vaccine doses.

There are now 856 Covid-19 patients being treated in hospitals in NSW, with 170 of those in intensive care and 75 of that cohort on ventilators.

Speaking ahead of the reopening on Monday, Chant said “it’s an exciting time but I caution us to do everything safely”.

“But please, most importantly, do not go out and about, if you have any symptoms of Covid. Instead, get tested and remain isolated until you have a negative result. And once again, can I extend my appreciation to the hard work that the community has done over these very difficult times.”

Chant also revealed genomic sequencing had identified a new strain of Delta present in the community, separate to the Delta strain responsible for Sydney’s initial outbreak.

“There’s no indication that this new strain presents any differences regarding transmission or vaccine effectiveness or severity.”

She said there are currently eight cases identified with this particular delta strain, seven people in one household and one additional case.

“We’re undertaking some investigations into the source and how the transmission occurred,” she said.