Company controlled by one of Singapore's richest families legally pocketed $5.4m in JobKeeper despite lifting profits 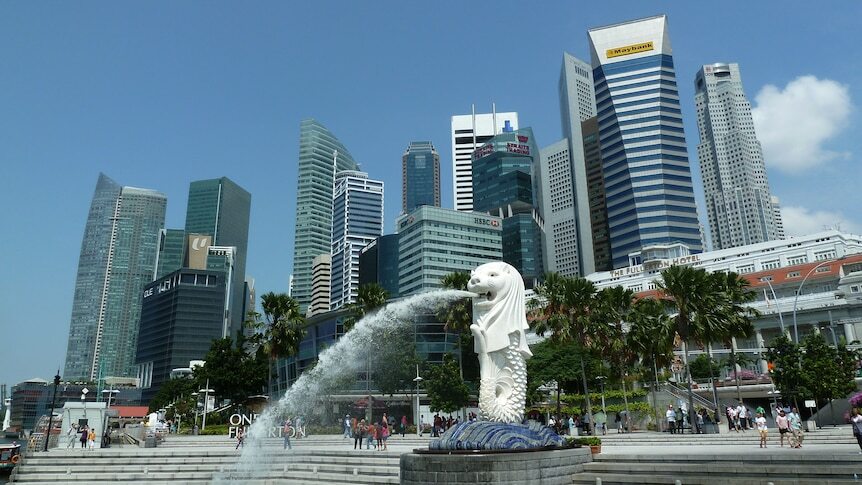 A private company controlled by one of Singapore's richest families, construction machinery and equipment supplier Tutt Bryant, legally pocketed $5.4 million in JobKeeper payments while it increased its revenue and profits.

Tutt Bryant Group is 100 per cent controlled by Singaporean company Tat Hong Holdings, one of the leading names in cranes, heavy lifting and equipment sales across Asia.

It is one of thousands of companies that claimed JobKeeper despite their turnover rising during the COVID-19 pandemic.

ABC News has obtained Tutt Bryant's latest financial accounts, which indicate that despite revenue being up more than 15 per cent, profit being up by $7.7 million, and dividends of $8.4 million being returned, it received $5.4 million in the JobKeeper payment scheme.

It was legal under the design of the JobKeeper rules for companies to claim the subsidy and subsequently post an increase in profits.

The company is owned by one of Singapore's wealthiest families, which bought into Tutt Bryant in 1997.

Tutt Bryant had listed on Australian stock exchange in December 2005 and delisted in October 2010.

On Friday two separate parliamentary hearings will probe regulators over the lack of transparency over the JobKeeper scheme.

Parliamentary Budget Office data shared with Labor MP Andrew Leigh and given to the ABC showed that $4.6 billion in JobKeeper wage subsidies were sent to firms that saw their revenues rise in the first three months of the program alone.

Tutt Bryant Group recorded a statutory profit of $13.4 million for the financial year ended March 31, 2021, compared to a loss of $1.35 million in the prior corresponding period.

Its accounts note that the downturn expected in construction never eventuated over 2020-2021, and it was allowed to continue to operate nationally despite lockdowns in major states.

"Industries crucial to the Group such as construction and mining have been allowed to largely continue operations."

Its accounts also note: "The Group has and is expected to continue to benefit from significant Government investment and spending initiatives to stimulate the economy to counter the effects of COVID-19."

"This has contributed to the Equipment Sales Division achieving a record sales performance in FY21 and record sales order book levels," it said.

It states that "the financial effect of this dividend has not been brought to account in the financial statements for the year ending March, 31 2021 and will be recognised in the subsequent financial reports".

The accounts show there were no taxes paid for the period due to a "timing difference".

The accounts also show Tutt Bryant paid accounting firm KPMG $423,313 for audit and compliance services and had $18.6 million cash in the bank in 2021.

There is no suggestion that Tutt Bryant, or the family that owns it, have acted improperly.

Following a strong year for car sales, global car giants operating in Australia reaped more than $70 million combined in JobKeeper funds, according to The Australian newspaper.

Toyota, which is behind the top-selling Toyota HiLux, was the only company in that list that paid back JobKeeper, after seeing its sales and profit rise. It returned $18.7 million in January.

Ford Australia, which is behind one of Australia's highest-selling models, the Ford Ranger, took the bulk of the money.

The US giant received $38.6 million in JobKeeper while posting a pre-tax profit of $59.3 million in Australia last year.

A spokeswoman for Mazda said the taxpayer support received was used to subsidise employee salaries and retain its entire workforce at full employment "in an extremely unpredictable and difficult business environment".

She said Mazda Australia will determine its position on whether to repay JobKeeper "when the pandemic is over".

Daimler Australia, behind the luxury Mercedes-Benz brand as well as several leading truck and bus brands, received $4.9 million in JobKeeper and reported $62.7 million in profits.

Corporate watchdog ASIC to come under fire about JobKeeper

While private companies such as Tutt Bryant have no obligation to report how much in JobKeeper wage subsidies they have received, public companies do.

To date, about 90 per cent of JobKeeper subsidies that have been returned to the government have come from publicly listed companies.

On Friday Treasurer Josh Frydenberg released a statement saying that JobKeeper "saved more than 700,000 jobs and supported the recovery".

"It did its job and more Australians are in work today as a result," Mr Frydenberg said.

He said the scheme was "well targeted" and if payments had been based instead on a business's actual decline in turnover or a percentage of a person's actual wage, "it would have taken months to deliver the support" and as many jobs would not have been saved.

"Introducing a mechanism to require businesses to pay back JobKeeper would have reduced the program's take-up, weakened its impact on confidence, withdrawn support from the economy and lessened the broader macro­economic effect of the policy," he said.

"While it is true that a number of businesses did not experience a fall in turnover in the June quarter by the full anticipated amount, nevertheless lay-offs in these same businesses increased by more than 65 per cent on average and more than 85,000 employees were stood down on zero hours.

Labor's Andrew Leigh, who has been identifying individual companies pocketing JobKeeper while posting profit increases, will use Friday's parliamentary hearings to question the corporate watchdog about the scheme.

Currently, firms are required by the Australian Securities and Investment Commission (ASIC) to include in their financial reports all COVID-19-related support provided by governments, lenders and landlords.

Mr Leigh will ask ASIC, which will appear before the House Economics Committee, why it has not enforced disclosure requirements rigorously enough.

He says ASIC will be asked to explain why it did not make Premier Investments reveal exactly how much in JobKeeper support it got before bowing down to pressure to repay $15.6 million in subsidies.

The firm, whose popular retail brands include Smiggle, Just Jeans, Portmans, Peter Alexander, Jay Jays and Jacqui E, has not revealed exactly how much in the wage subsidy it was paid.

There is no suggestion that Premier Investments acted improperly.

"Australian taxpayers have a right to know exactly how much JobKeeper support we gave Premier Investments," Mr Leigh said.

"We're talking about tens of millions of dollars, not a handful of loose change."

The Australian Taxation Office (ATO) will also come under questioning at a separate Senate Economics Committee hearing on Friday.

This hearing will examine a Greens' bill aimed at bringing greater transparency to JobKeeper payments to private firms.

It would require the ATO to publish a list of about 3,000 businesses with a turnover of more than $50 million in Australia in the financial year that they received JobKeeper, including how much they received.

The bill would also include a "payback" provision that prevented these businesses from claiming GST input credits for 10 years until they repaid the amount of JobKeeper received equal to the amount of profit made and/or executive bonuses paid.

Labor, the Greens and Independent senator Rex Patrick have all been calling on the federal government to publicly out the companies that refuse to pay back the wage subsidy despite increasing revenue and/or profits during the pandemic.

All have tried through various means to make this information publicly available, but as yet have not succeeded.

Labor had pushed for new laws that would have required the ATO to publish the names of all businesses with a turnover of more than $10 million that received the JobKeeper wage subsidy. That legislation was defeated in the Senate after failing to win the approval of One Nation.

Separately, Senator Patrick had moved a motion in the Senate ordering Tax Commissioner Chris Jordan to hand over the information.

Mr Jordan had been threatened by the Senate with fines and or jail for refusing to publish the information.

Both Mr Jordan and Treasurer Josh Frydenberg have said the information is protected by tax secrecy laws, but Senator Patrick argues that taxpayer subsidies are not private taxpayer information, and its publication is in the public interest.

In citing public interest immunity, Mr Jordan said there were about 10,000 taxpayers across a range of entities including public, private, individuals, sole traders and trusts that the information related to.

He said many of them had given their information to the ATO on the basis it would remain confidential. Making it public, he argued, would discourage "the essential flow of information needed for the efficient and effective administration of a self-assessment tax system".

Mr Frydenberg also lodged the government's own claim for public interest immunity, saying that publishing the details of private firms "would undermine public confidence" in tax law and administration.

Mr Frydenberg said the private businesses provided the government with tax details on the basis that the government would "take all steps necessary to protect their information and maintain confidentiality".

It is Mr Jordan's understanding that if the government's claim for public interest immunity is accepted by the Senate, it will have the practical effect of relieving him of his obligations to provide documents in response to the order.

The auditor-general, Grant Hehir, who earlier this year delivered a scathing review of the federal government's car park funding program, is also conducting a review of the ATO's administration of JobKeeper. He is due to report by December.

A previous performance audit by the auditor-general - which looked at six pandemic support measures implemented by the government between March 12 to July 1, 2020, including JobKeeper - said that the ATO had been "effective in managing risks related to the rapid implementation of COVID-19 economic response measures".

The upcoming review will delve further into the ATO's handling of the wage subsidy including whether the agency "implemented effective measures to protect the integrity of JobKeeper payments" and "effectively monitored and reported on the operational performance of the scheme".