ICYMI: Top stories of the week
On May 7, Texas voters decided on two statewide ballot measures and local school board elections. Voters approved both constitutional…

Ballotpedia
More results from Tuesday’s primaries
Welcome to the Thursday, May 12, Brew.

Two years after the Missouri Supreme Court struck down a similar measure, the state's Republican-led lawmakers passed a bill that…

The Independent UK
One subscription that gives you access to news from hundreds of sites
UAW monitor publishes rules for first direct election
The United Auto Workers' independent monitor on Wednesday published the rules for the union's first mail-in, direct election of International…

Tribune News Service
14 state legislative incumbents have lost in primaries so far
Welcome to the Friday, May 13, Brew.

Ballotpedia
Get all your news in one place
Latest Comment news: 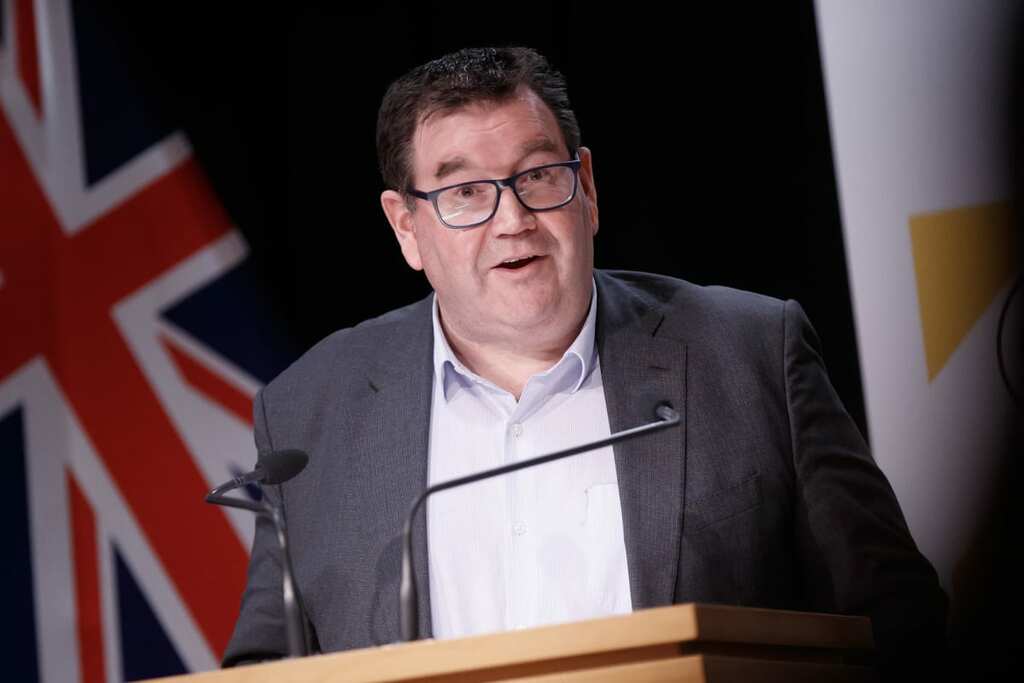 Budget 2022: Robertson eyes Labour’s soft support in era of global uncertainty
A cost of living payment aimed at middle New Zealand is a reminder of the impending election, in a budget…

Newsroom.co.nz
Read news from The Economist, FT, Bloomberg and more, with one subscription
Learn More
This election, are the teals ready to take on the fossil fuel lobby that’s captured the major parties?

Crikey
Conservatives Are Defending a Sanitized Version of ‘The Great Replacement’

Their reaction to the Buffalo shooting shows that the racist theory has now entered the Republican mainstream.

The Atlantic
Bulldozers, boys and bonkers conspiracies — what a glorious, exhausting few weeks on the trail

Guy Rundle has been intrepidly trekking the well-worn campaign trail for the past fortnight. Here are some of his notes.

Crikey
From analysis to good news, read the world’s best news in one place
Nine publishes a tribute to Morrison the little-known feminist. But who wrote it?

A glowing tribute to the PM in the SMH is everything his publicity team could dream for. But who exactly…

Massive food producers hold too much power – and the regulators scarcely understand what is happening. Sound familiar, asks Guardian…

Commentary: One way to save democracy? Invest in young people running for office

Democracy finds itself not simply in a precarious state but on the verge of collapsing. Almost half the country now has laws in place that would effectively end safe access to abortion once the Supreme Court strikes down Roe v. Wade, as is expected. More than a dozen states are seeking to prohibit LGBTQ+ discussion in the classroom. And more than 250 bills from state legislatures across the country would place restrictions on voting access. As historian Ruth Ben-Ghiat, an expert on authoritarianism, said on the “iGen Politics” podcast I co-host, what is happening in Republican states is a real-time formation of “mini-autocracies.”

While the reality is grim, now is not the time for voters to give in to despair. Instead, with six months remaining until the midterm elections, there is no time like the present for voters to begin volunteering and organizing.

And there is something else that Democrats can do: Support young people running for office up and down the ballot. Young people have been part of U.S. governance from the beginning: Rep. John Steele served in the first Congress while in his 20s. But young people are not necessarily well represented today in the halls of government.

Consider the average ages of elected officials at the federal, state and local levels. In 2020, both presidential candidates on the ballot were older than 70. The average age of 435 House members is about 58, and among our 100 senators, it is about 63. Additionally, well over half of governors are older than 60, and out of more than 1,400 U.S. mayors, the average age was 59 going into the 2018 midterm elections.

Contrast the average ages of elected officials with the American population. The national median age in 2018 was about 38, according to the Census Bureau, which suggests that half of the U.S. population is younger than 38.

This means that at virtually every level of government, elected officials largely don’t reflect America when it comes to age.

Inadequate representation of young people in elected office is why I ran at age 17 as a delegate for then-Democratic presidential candidate Joe Biden in 2020. While it wasn’t easy or glamorous, I understood the need for young, diverse people to be involved in politics. I gathered petition signatures, organized and became the youngest delegate to represent Biden at the Democratic National Convention.

Fortunately, I am not the only one getting involved. More young people are energized to make a difference by running in federal, state and local races. Better yet, they are transforming campaign strategies — with their savvy at using tools like social media to reach voters — and debates around issues such as student loans and climate change.

Take someone like Joe Vogel. If he wins, the 25-year-old Vogel would become the youngest member of Maryland’s House of Delegates. Similarly, Maxwell Frost, 25, of Florida, is running to replace U.S. Rep. Val Demings, who is making a bid for U.S. Senate. At minimum, Vogel and Frost are shifting the conversation around key topics while demonstrating that young people are prepared to hold elected office and lead.

Since 2017, more than 113,000 young people have expressed interest in running for office, according to Amanda Litman, who leads the organization Run for Something, which supports the candidacies of young people. This year alone, Litman said, that number already stands at more than 23,000. In only three years, Run for Something has endorsed more than 1,800 young people seeking elected office. As young people notice the mounting injustices and inequalities, as well as difficulties they and their peers face, more are stepping up. Young people have thought deeply about how to fix the issues they face and are ready to create lasting positive change.

To support young people, Democrats could host training sessions on how to effectively run for office and build a campaign. Additionally, they could partner with organizations like Run for Something to ensure they have the support and funding needed to recruit young people for office. Doing so would send a strong message to young people that we, too, belong in government.

Young people have been on the front lines of leading the fight on everything from racial justice to climate change. We have demonstrated that we are passionate about and capable of effecting change. And now, an impressive number are channeling their energy into running for office.

As another election approaches and the challenges facing our nation escalate, this is an opportune time to save democracy.

One step is supporting young people running for office. We are ready.

Victor Shi is a sophomore at the University of California at Los Angeles. He co-hosts the “iGen Politics” podcast.

ICYMI: Top stories of the week
On May 7, Texas voters decided on two statewide ballot measures and local school board elections. Voters approved both constitutional…

Ballotpedia
More results from Tuesday’s primaries
Welcome to the Thursday, May 12, Brew.

Two years after the Missouri Supreme Court struck down a similar measure, the state's Republican-led lawmakers passed a bill that…

The Independent UK
One subscription that gives you access to news from hundreds of sites
UAW monitor publishes rules for first direct election
The United Auto Workers' independent monitor on Wednesday published the rules for the union's first mail-in, direct election of International…

Tribune News Service
14 state legislative incumbents have lost in primaries so far
Welcome to the Friday, May 13, Brew.