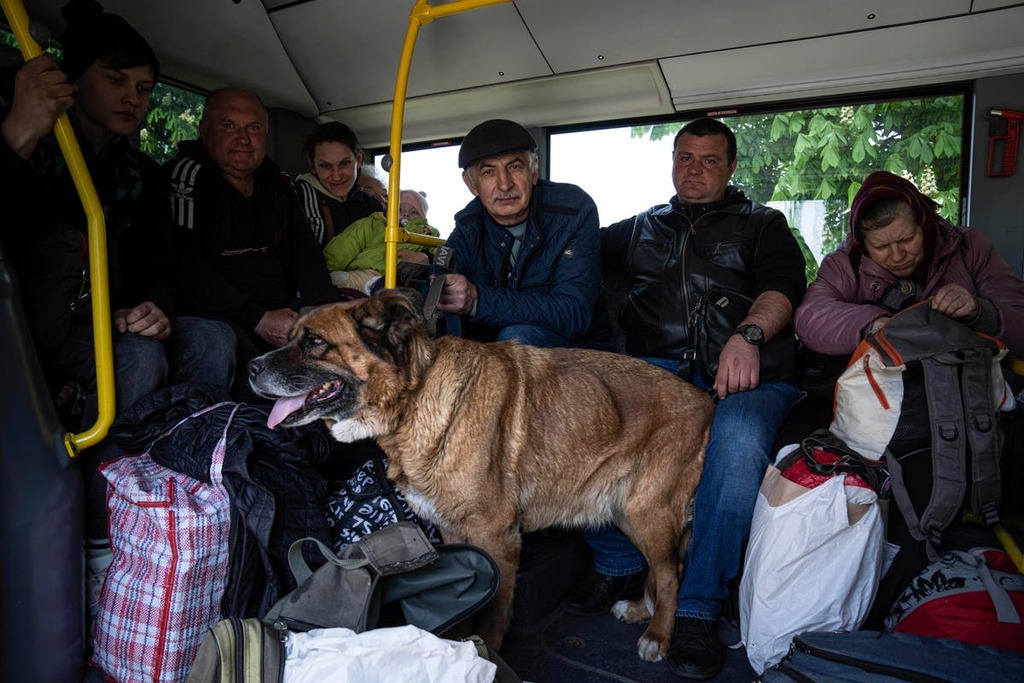 The Independent UK
UK economy shrank by 0.1% in March as cost of living crisis bites – as it happened

Calls for emergency budget grow as UK economy contracts unexpectedly in March, with consumers cutting back on spending, and car…

Biden could be doing more, say co-chairs Marcy Kaptur, Brian Fitzpatrick, Andy Harris and Mike Quigley, who each have ties…

The Guardian - AU
Russia-Ukraine war: Joe Biden expresses support for right of Finland and Sweden to join Nato– as it happened By George A. Willis

First he was the co-creator of the of the Ultimate Fighting Championship. Now Campbell McLaren is making his MMA Hispanic sports and media franchise into the biggest in North America.

Today the UFC is one of the most successful franchises in sports history and Combate Global seems to be tracing the same upward trajectory.

McLaren’s Combate Global is an MMA (mixed martial arts) powerhouse that features young men and women fighters from North and South America. “We want to be the most-watched MMA organization in North America,” McLaren told Zenger as Combate Global presents its fifth card of the year on Friday (May 13) in Miami.

He knows that’s a bold claim, but it’s based on simple math. Univision, already a network partner with Combate Global, in January, completed a $4.8 billion merger with Televisa to combine their Spanish-language media and production in the U.S. and Mexico. In a news release, TelevisaUnivision Inc. said the company can reach more than 60 percent of TV audiences in both the U.S. and Mexico.

McLaren said Combate Global is already attracting 500,000 viewers each week through its current partnerships with Univision and Paramount+ but predicts an enormous increase once the Combate debuts on Televisa next month, promoted by a multi-million dollar marketing campaign.

“When you combine the potential we have with Televisa and Mexico with what we’re doing with Univision and Paramount+ we’re going to have in the neighborhood of 2.5 to 3 million people watching every Friday night in North America,” McLaren said. “That’s a real number.”

Combate Global fights are typical of those being featured Friday in Miami.  The five-bout card is headlined by an all-Mexican bantamweight (135 pounds) matchup between Max “Steel” Gonzalez (3-1) of Mexico City and Alex Osuna (3-1) of Guadalajara.

McLaren called Osuna someone who is “experienced beyond his experience” and has multiple skills compared to most young fighters who normally need seasoning.

“Axel is a more well-rounded guy,” McLaren said. “I like him a lot. I think what you’ll see in our headline event is Alex is a guy that can do a lot fighting a guy that’s very hard to knockout.”

Combate Global’s mantra of featuring upcoming fighters has proven successful as style and format have trumped name recognition. Fans are following the brand as much as the fighters.

“Some people go for very wide distribution,” McLaren said. “MMA is often sold around the world like a deli. People ask for two pounds of baloney, but they don’t ask for the brand. We’re trying to sell Combate as Combate. Our brand is very fast-moving, very young fighters, very aggressive fighters with a lot more finishes.”

While initially focusing on Hispanic fighters Combate Global is adding networks in France and Spain and recruiting fighters from all over the world like Lehane from Ireland. “This is my first fight for Combate Global at my natural weight class of 145 pounds,” Lehane said. “My previous bouts were at 155, so I’m looking to make a big statement here, put on a clinical performance, and stake a claim for a run at the 145-pound gold. I’m so excited for all the fight fans back home to be able to tune in live via Facebook Live ippv. My whole country is behind me.”

Combate Global should benefit from a multi-million marketing campaign being put together by TelevisaUnivision or TUDN. Taking a cue from soccer, McLaren wants to promote country vs. country rivalries. Women also will be marketed just as heavily as the men based on viewership data that show 51 percent of the Univision audience is female.

“I think it speaks to the changes in society as women take charge of their own lives and break down traditional gender roles,” McLaren said. “It’s made Combate women great role models.”

This is the fifth of 30 shows planned for this year with 10 to be held live on European time, so “Spanish and French fans can see Combate in their prime time,” McLaren said.

It’s all part of the plan to make Combate Global the most-watched MMA program in North America.

“We’re already doing 70 percent of UFC ratings in the U.S.,” McLaren said. “Once we get on Televisa and get promoted there, we’re going to blow past everybody in North America.”

The Independent UK
UK economy shrank by 0.1% in March as cost of living crisis bites – as it happened

Calls for emergency budget grow as UK economy contracts unexpectedly in March, with consumers cutting back on spending, and car…

Biden could be doing more, say co-chairs Marcy Kaptur, Brian Fitzpatrick, Andy Harris and Mike Quigley, who each have ties…

The Guardian - AU
Russia-Ukraine war: Joe Biden expresses support for right of Finland and Sweden to join Nato– as it happened