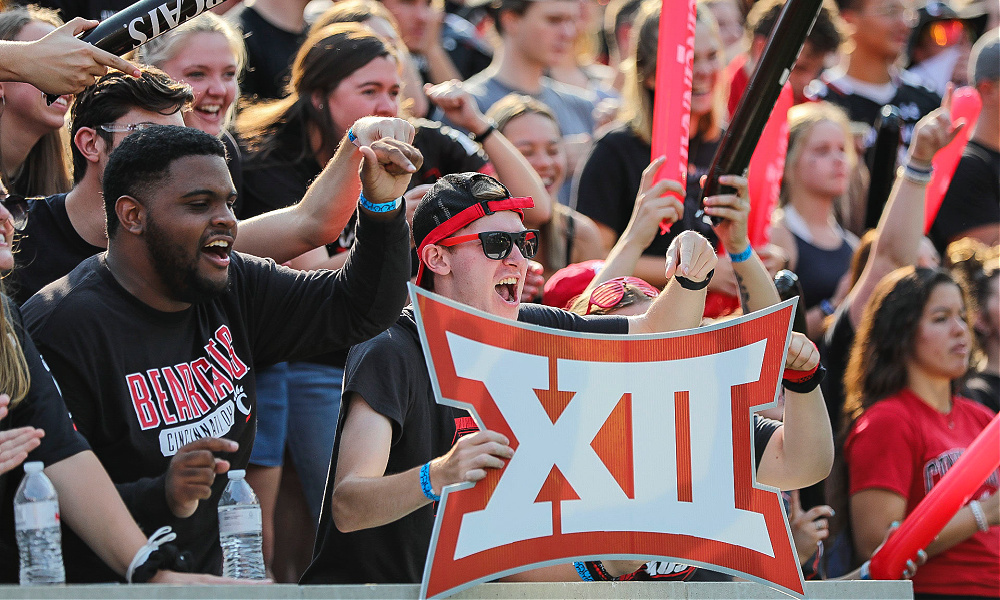 College football Week 2 roundup with the 5 things that matter, winners and losers, overrated and underrated parts of the weekend, and what it all means.

For the most part. Not everyone FCS team gets to have fun, but the spring season seemed to make s a difference – some teams are more experienced and far sharper.

FCS over FBS wins are usually rare, but after getting seven upsets in Week 1 – along with a slew of other close calls – Louisiana got all it could handle in a 27-24 win over Nicholls, and SE Louisiana pushed Louisiana Tech in a 45-42 loss. Duquesne beat Ohio and Jacksonville State beat …

It was a short week coming off the emotional loss to Notre Dame, but that’s no excuse for losing 20-17 on a last second bomb to a Jacksonville State team that lost to UAB 31-0 in Week 1. FSU has started 0-2 in three of the last five seasons.

Winner: Mountain West vs. the Pac-12

It hasn’t been all perfect for the Mountain West with Hawaii going 0-2 against the Pac-12, San Jose State getting walloped by USC, and UNLV getting rocked by Arizona State, but San Diego State ripped through Arizona 38-14 on Saturday night.

Nevada took out Cal two weeks ago, and Utah State shocked Washington State. Throw in Fresno State’s tough 31-24 fight with the Oregon team that just beat Ohio State, and it’s been a decent season against the big league. However …

After starting the season with a 42-23 loss to South Dakota State from the FCS, it lost at home against a Vanderbilt team that scored three points in a loss to the FCS’s East Tennessee State in Week 1. The program is now 1-8 in its last nine games going back to 2019 and 11-26 since the middle of 2017.

This isn’t exactly how the Power Five program envisioned this going. Usually the dates against the Group of Five schools are meant to be easy, fun wins to sharpen everything up, but Kansas lost to Coastal Carolina 49-22 on Friday night. That came after losing last season 38-23 at home to the Chanticleers and 12-7 early in the 2018 season.

It’s all relative, but who has the nation’s most efficient passing attack? It’s not like Patrick Mahomes is suddenly suiting up, but Army has a passer rating of 326. No. 2? Coastal Carolina with a rating of 222.25.

The 2-0 Knights have only thrown ten passes and completed eight for 175 yards – a whopping 17.5 yards per try – with three touchdowns and no picks. On the opposite side …

Navy has the nation’s worst passing efficiency rating of just 45.44, completing just 8-of-26 throws for 93 yards and no touchdowns with two interceptions in an 0-2 start.

NEXT: The really big Week 2 thing was …

The Really Big Week 2 Thing Was …

The Big 12 newbies were certainly fired up – and they played like it.

Maybe the Big 12 knew what it was doing when it announced last week that BYU, Cincinnati, Houston, and UCF were coming aboard in the near future.

The hope is for all four to join by the 2023 season – BYU will, but the other three still have to work it out with the American Athletic Conference to leave before 2024 – but that didn’t stop all four schools to be jacked about the call up to the show.

They were the press releases these schools have waited years to send out, and they’re about to bring a renewed energy from the fans, alumni, and student body to a conference that was all but left for dead after Texas and Oklahoma decided to bolt for the SEC.

Normally, Iowa State losing at home to Iowa and Texas getting rocked by Arkansas would be a horrible look for the league – and it would get all of the my-conference-is-better-than-your-conference focus and chatter. The new guys helped carry the load for their new home.

Of course it was no big deal that UCF beat Bethune-Cookman, but it took out Boise State the week before.

Houston might have started out the season with a loss to future conference brother Texas Tech, but it came back to roll Rice 44-7.

Cincinnati keeps on moving up in the top ten after starting the season 2-0 by a total score of 91-21 – okay, so it took a while to wake up against Murray State – and now it’s fun time with Indiana and Notre Dame up next.

The big one was in Provo where BYU took down arch-rival Utah after starting the season with a win over Arizona.

Yeah, it was just one week and those four were supposed to go 3-1 at worst, but it was still a strong look for a conference that just turned a big corner.

NEXT: The most overrated thing was …

The Most Overrated Thing Was …

You think this is over?

You think Ohio State is going to stop playing football and go find something else more meaningful to do with its existence after losing a regular season game for the first time in the Ryan Day era?

It’s an awful time for a fan base that’s the grouchiest in all of sports even when it’s winning big.

Check out the overall standings, and THE Ohio State University football program is behind Penn State, and Michigan State, and Maryland, and Rutgers, and – gulp – Michigan as it sits at the bottom along with Indiana.

It’s the first time since October 20th, 2018, Ohio State lost and Michigan won on the same day. No, things are not going well.

Going back to the 52-24 loss in the national championship to Alabama, the 118 points allowed are the most over a three-game stretch in the history of the program.

So that’s it. Time to maybe hope for some nice bowl game somewhere warm and …

The defense needs a whole lot of fine-tuning, and QB CJ Stroud and the passing game have to get sharper, but the Buckeyes made a late run against the Ducks with plenty of chances to pull off the win. Coming off a shaky game against Minnesota, though, the close call wasn’t okay.

But the loss doesn’t mean anything to the team’s chances to win a third straight Big Ten title, and it doesn’t mean it can’t get back to the College Football Playoff.

The NFL guys are still there, the talent is still in place, and with time, Stroud is only going to get better. That’s what the games against Tulsa and Akron are for.

No, Ohio State doesn’t control its own College Football Playoff destiny, but – as much of a stretch as this might seem – the program was in this situation in 2014, losing to Virginia Tech in the second week only to go on to win the national title.

If you remember back when that happened, Ohio State was coming off a crushingly painful Big Ten Championship defeat to Michigan State and a loss to Clemson in the Orange Bowl the season before. It had lost three of its last four games, and then it went on a tear.

The schedule isn’t bad, the team is still good, and … it’s going to take some work.

Not all is lost quite yet. However …

NEXT: The most underrated thing was …

The Most Underrated Thing Was …

The rest of the Big Ten East all of a sudden looks fun.

One more thing about the Ohio State loss to Oregon. Illinois is the only other Big Ten team so far to lose a game out of conference.

There haven’t been a slew of killers on the slate, but Michigan beating Washington was nice. For all the screaming and yelling about Jim Harbaugh, he’s 2-0 with a team that’s looking sharp.

Maryland got by West Virginia to start the season and now it’s 2-0. Rutgers is 2-0 after beating Syracuse, Michigan State has yet to lose, and Penn State beat Wisconsin from the West.

No one’s thinking anyone but Ohio State will take the East, but at least the division seems more interesting. Even if the Buckeyes rip through it on the way to another Big Ten title, it’s going to be a tougher fight.

Remember, last year Penn State had its worst start in school history, Michigan was a wreck, and Maryland and Michigan State quickly melted down.

Let’s be honest here – Indiana doesn’t have the season it does in 2020 unless the rest of the East was a mess.

In the other division, Purdue got a win over Oregon State and it’s 2-0 before getting Notre Dame. Nebraska bounced back from an early loss to be 2-1, Wisconsin dominated Eastern Michigan, and other than Illinois getting rocked by Virginia, the West went 6-1 highlighted by Iowa picking off Iowa State.

The Big Ten went 12-2 last weekend, and its star program lost a game and looks a tad vulnerable.

This isn’t going to be a boring conference race.

NEXT: What It All Means: Week 2

What It All Means: Week 2

You wanted something different, well we’re at least on our way to a weird and wild 2021.

At the end of the season, it might just be Alabama raising another national championship trophy and Nick Saban getting another confetti shower, but no matter how this all shakes out, the journey has already been fascinating.

Someone had to lose the Georgia-Clemson game, but now Clemson has a loss and doesn’t necessarily control its own playoff destiny.

Meanwhile, Georgia QB JT Daniels has a core abdominal injury. The Dawgs are fine for now, but if this lingers or if he’s not able to go in a few weeks against Florida. the dynamic changes.

Ohio State losing to Oregon is obviously a big deal, but the Ducks don’t exactly have it easy. If they can win in Columbus they can win anywhere. However, they still have to go on the road to play Stanford, UCLA, Washington, and Utah, and potentially a Pac-12 Championship.

It’s Oregon. After losing three of its final four games last year, or biffing a chance at the CFP with a loss at Arizona State in 2019, or failing to lose fewer than four games in a season since playing for the national championship in 2014, the program still has to prove it.

Texas A&M needed everything in the bag to get out of Colorado with a win, Notre Dame looks awful, Iowa State looks worse, and Florida has been a wee bit off – not the running game, though – as it tries to rebuild.

Are you buying Iowa yet? It still has to go on the road to face Wisconsin and has to deal with Penn State.

Are you certain Oklahoma is going to roll through a flaky Big 12? Yeah, okay, it probably will, but in a strange way a killer Sooner team would be a tad bit different from the normal Alabama-Clemson-Ohio State thing.

Maybe the world falls in deep love with Cincinnati after it goes on the road to face Indiana and Notre Dame over the next few weeks. Maybe UCLA is just that good. Maybe Penn State’s O will catch up to its D. Maybe Harbaugh really does have the right mix in Ann Arbor.

It’s only Week 3, but there are whole slew of interesting possibilities now that the some of the sure-thing stars are wobbling a bit.

And the conference season hasn’t even kicked in yet.