'Important day for democracy': Leaking charges against 'hero' Collaery to be dropped

Bernard Collaery has hailed the new federal Attorney-General's decision to drop the charges against him as a win for justice, saying he is "in awe" of the support he has received from the community and indebted to his legal team for restoring his faith in the rule of the law.

The Canberra lawyer and former politician, 77, said from France that he was looking forward to moving on after Attorney-General Mark Dreyfus QC announced on Thursday that he had ordered Commonwealth prosecutors to discontinue the case brought against him over the exposure of an espionage operation.

Mr Collaery had been set to stand trial in October, charged with four counts of unlawfully communicating classified information in media interviews and a single conspiracy charge, alleging he illegally plotted with his former client, the former Australian Secret Intelligence Service spy known as Witness K, to reveal such information to the government of East Timor.

The charges related to Mr Collaery revealing Australian spies had bugged a government building in the impoverished nation during negotiations to carve up lucrative oil and gas reserves in the Timor Sea.

He was in The Hague, preparing to represent East Timor in the Permanent Court of Arbitration as it took action against Australia over the unfair tactic, when his Canberra home and office were raided in 2013.

The threat of prosecution then hung over his head for years, and he was eventually issued a summons to appear in the ACT Magistrates Court in September 2018.

Mr Collaery described the move as "a good decision for the administration of justice in Australia".

"I want to thank all of the people across Australia who have supported me and worked so hard to assist me throughout this case," he said.

"I am in awe of the depth of support in our community for ethical values. I also want to thank those close to me who gave me inner strength."

Mr Collaery, a former ACT attorney-general, also said he was "deeply grateful" to his solicitors from Gilbert + Tobin, and the "dedicated team of barristers" who worked for him on a pro bono basis.

As the former Coalition government spent $4.42 million prosecuting Mr Collaery and Witness K, who received a three-month suspended jail sentence after pleading guilty to a conspiracy charge, the 77-year-old's barristers fought back against numerous pursuits for secrecy in a case they described as "long and complex".

"Their resolute professionalism and humanity has restored my faith in the rule of law," Mr Collaery said.

"This decision will allow me to move forward with my life and legal practice."

His lawyers also praised the "principled stance" taken by Mr Dreyfus in a case they described as a "political prosecution" that was not in the public interest.

Mr Dreyfus said he had formed the view "the prosecution of Mr Collaery should end" after considering the need to protect Australia's national interest, "including our national security and Australia's relationships with our closest neighbours".

He confirmed that as well as informing Mr Collaery's legal team, he had notified the ACT Supreme Court, where the trial was to be held, as well as the Commonwealth Director of Public Prosecutions.

Lawyer Kieran Pender, from the Human Rights Law Centre, welcomed the decision and labelled it "an important day for Australian democracy".

"Bernard Collaery should never have been prosecuted," Mr Pender said.

"The Attorney-General has done the right thing and should be applauded for that.

"Whistleblowers should be protected, not punished. It's as simple as that.

"From war crimes in Afghanistan to misogyny in Parliament House, there are many important stories that would never have been told were it not for the courageous actions of those who spoke up.

"The Attorney-General's decision is also a testament to the enduring work of lawyers, barristers, civil society organisations and activists who have fought this unjust prosecution, inside and outside the courtroom for more than four years."

"Frankly, the position of the former attorney-general to pursue this politically motivated prosecution is an embarrassment to the rule of law in Australia," she said.

"At no point during this wretched affair has there been a clear and persuasive argument for why pursuing this case is in the public interest.

"The decision ... to end Mr Collaery's prosecution is the right one.

"I believe heroism is standing up to do the right thing in the hardest of circumstances. Bernard Collaery fits this bill and then some." 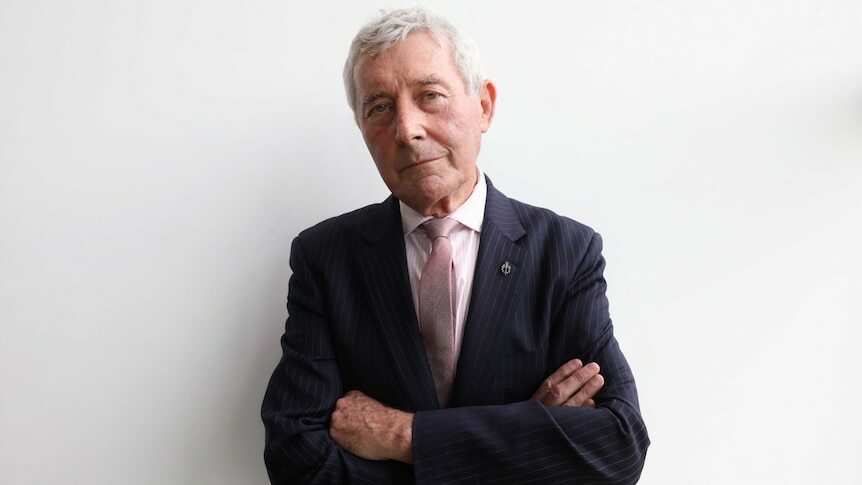 Attorney-General Mark Dreyfus orders Commonwealth to drop charges against lawyer Bernard Collaery
Bernard Collaery was charged with helping his client, an ex-spy known only as Witness K, to reveal details of a…

The Guardian - AU
Bernard Collaery case is a rare whistleblower win, but why was he prosecuted?

The Albanese government has acted quickly to abandon the prosecution of Bernard Collaery, who was charged in relation to the…