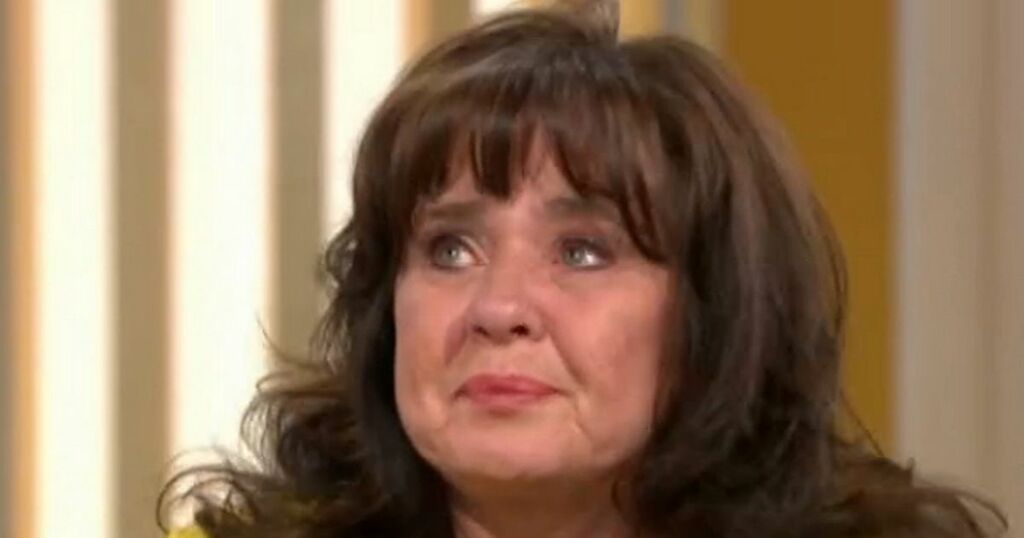 The former member of girl group The Nolans has had a few harsh words said on the show down the years since she became a regular panellist in 2000.

It was reported in one story that the singer did not get along with her fellow panellists, which Coleen has since denied.

It was claimed that fellow panellists Carol McGiffin, Nadia Sawalha and Stacey Solomon all refused to appear on the show at the same time as her. However, Coleen's team has denied the claims and is now seeking legal action against the publication.

She tweets: "Nothing printed in The Mail article today is true & I am taking legal advice about the slurs on me personally."

Panellist Brenda Edwards tweeted: "@NolanColeen it's always a pleasure to hang with you at work @loosewomen and also out of work, you have always made me feel so welcome, and I appreciate the straight talking, fun friendship we have!! Keep smiling in the face of adversity my lovely."

Kim claimed that some of the housemates 'bullied' her and described Coleen as "two-faced".

Coleen went on to win the series and Kim remained unhappy with their relationship.

She later said: "How that woman won, when Jedward were sitting there, I have no idea. Public, I don't know how you could let that boring fag ash Lil (win), with what I now know to be a rotten mouth."

A tense situation occurred on This Morning when to two met face-to-face via a video call. Host Holly Willoughby asked if there was anything Coleen had to say to her former housemate.

"No," came the response, to which Kim replied savagely: "I feel the same way, dear."

The situation came to a head on Loose Women in 2018 when the two initially tried to bury the hatchet, but a teary Kim ended up storming off the set.

The feud meant Coleen took a brief hiatus from Loose Women and her Never Too Late solo concert tour, after a backlash in the form of online abuse.

Coleen quit the show briefly in 2011, before returning a year later.

At the time, she said: "I don't miss Loose Women one bit. It was hard and there was so much bitching.

"There were so many women trying to do their jobs but working so closely together. I don't really speak to the girls now."

"It was bitchy. It turns into a bitchfest. Sometimes there were clashes, there were rows with the likes of Carol and Denise [Welch]. At times we all fell out."

She has seen some interesting moments since her return laughed jokingly with Carol McGriffin in a memorable scene in November 2021.

Discussing how it difficult Coleen had found it to dump an ex-boyfriend, Carol teased: "Why did you do it? See, you're not nice."

Laughing, Coleen responded with: "I'm going to absolutely batter you in a minute, I don't care that it's lunchtime."

The two are known to be friends off the show and it seemed typical of the kind of friendly ribbing two mates might give each other.

Of the latest accusations against Coleen, fellow Loose Women co-star Janet Street-Porter also came to her defence, stating that she "loves" working with Coleen.

"I love working with Coleen Nolan and we’ve never had a single disagreement- sorry if that’s not ‘news’ xx," she tweeted.

In one discussion on the show in July 2021 regarding the question "Do you earn the right to be rude with age?", Coleen explained to Janet why she thought she was often 'rude'.

Janet responded: "Do you know what? I don’t care what you think."

Coleen spoke of past feuds when the show turned to the subject of the strained relationship between Prince Charles and Prince Harry.

During the discussion in December 2021, Coleen revealed she could relate to Charles and Harry's situation due to a falling out with her sisters.

Coleen and her sisters were part of the girl group The Nolans, known for hits like I'm In The Mood For Dancing.

The sisters reconciled when Bernie Nolan was revealed to be suffering with breast cancer.

"It has been well documented that me and my sisters fell out. We didn't speak for about four years - that is a long time," Coleen said.

"It does take something sad or something momentous to make you realise that it's silly. For us, that was when Bernie died. Obviously, we were all there, and that make us all realise that it was silly. We reconciled and got back together and decided to just never talk about why we fell out again."