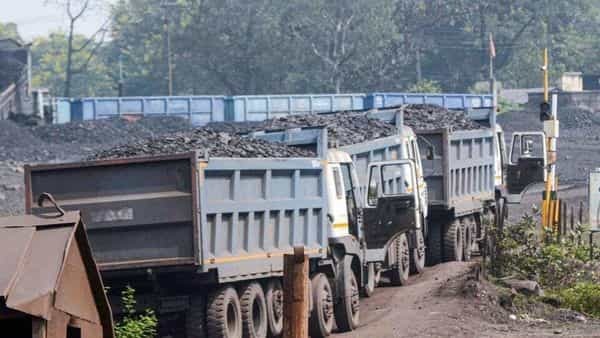 Amid a looming power crisis, as stocks of coal in power plants have fallen to unprecedentedly low levels and states are warning of power blackouts, the Centre has issued directions to NTPC Ltd and Damodar Valley Corporation (DVC) to supply as much power as available to Delhi due to a potential shortage.

"Keeping in view the Declared Capacity (DC) offered to the Delhi DISCOMs in last 10 days, Ministry of power has issued instructions on 10.10.2021 to NTPC and DVC as under so as to secure power supply to Delhi. This will ensure that distribution companies of Delhi will get as much as power as requisitioned by them as per their demand, the Power Ministry said in a statement.

The move comes days after Chief Minister Arvind Kejriwal warned of a power crisis in Delhi due to a coal shortage, which has already triggered electricity cuts in some of the country's eastern and northern states.

The following directions have been given:

- NTPC and DVC may offer the normative declared capacity (DC) to the Delhi discoms as per their allocations made to them under respective PPAs, from their coal based power stations. Both NTPC and DVC have committed to provide as much electricity to Delhi as demanded by DISCOMs of Delhi.

- NTPC may offer the normative declared capacity (DC) to the Delhi discoms as per their allocations (from gas based power plants) made to them under respective PPAs. The gas available from all sources including SPOT, LT-RLNG etc may be included while offering the DC to Delhi DISCOMs.

“In addition, guidelines have also been issued regarding utilisation of unallocated power, on 11.10.2021 to meet the increased demand from the coal based power generation," the government said.

Under these guidelines, it said, the states have been requested to use the unallocated power for supplying electricity to the consumers of the state; and in case of surplus power, the states are requested to intimate so that this power can be reallocated to other needy state.

“Further, if any state is found selling power in power exchange or not scheduling this unallocated power, their unallocated power may be temporarily reduced or withdrawn and reallocated to other States which are in need of such power," the notification read.

Is India headed for a blackout?

Several states across the country have issued panicked warnings that coal supplies to thermal power plants, which convert heat from coal to electricity, are running perilously low.

As per the data from the Central Electricity Authority of India, nearly 80% of the country's coal-fired plants were in the critical, or “supercritical" stage, meaning their stocks could run out in less than five days.

Recently, CM Kejriwal, wrote to Prime Minister Narendra Modi, that the capital "could face a blackout" if power stations did not receive more coal.

States including Rajasthan, Jharkhand and Bihar have been experiencing power cuts lasting up to 14 hours.

Maharashtra has shut down 13 thermal power plants and requested people to use electricity sparingly, and in Punjab three power plants halted production. Scheduled power cuts introduced in Punjab, lasting up to six hours at a time, have prompted protests.

Over the past two decades, domestic coal production in the country has continued to rise exponentially, though there was a minor dip in production of less than 1% from 2019 to 2020 due to the ongoing Covid-19 pandemic.

Energy providers and the country's state-owned coal producer, Coal India Limited, have instead been accused of failing to stockpile sufficient amounts to meet the predicted rise in demand. CIL has also been restricting coal supply to certain power plants run by developers who have been late on payments.

This year's heavy monsoon rainfall have also been blamed for affecting domestic coal mining due to flooding and impeding the dispatch of coal from the mines.