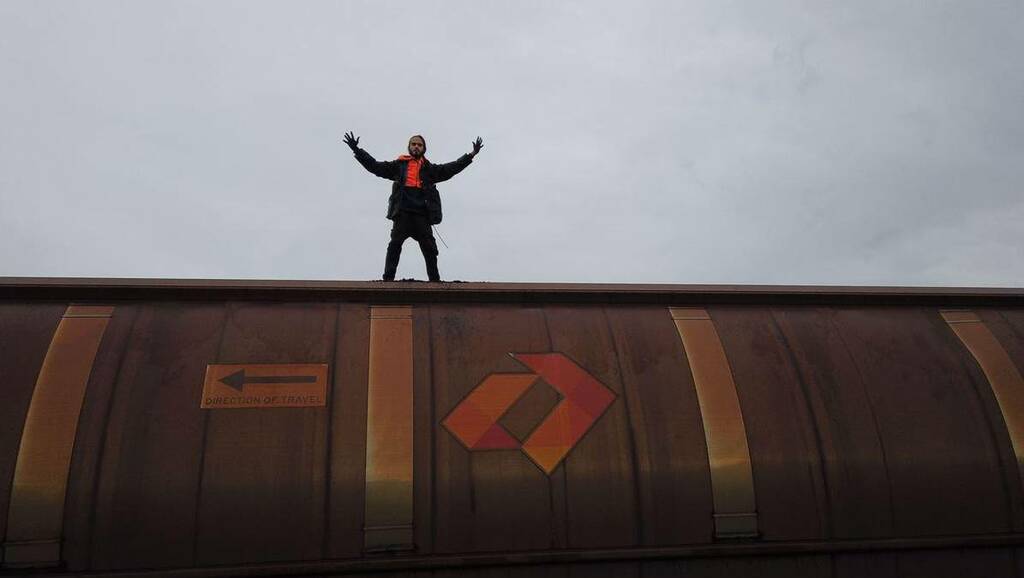 A coal protester has been sentenced to 12 months in prison after stopping a coal train for several hours.

Eric Serge Herbert, 22, was handed the sentence with a non-parole period of six months in Newcastle Local Court on Monday.

He was sentenced on charges of cause obstruction to railway locomotive or rolling stock, attempted hinder working of mining equipment and attempted assist in obstruction of rail locomotive.

Herbert stopped a coal train for five hours by climbing on top of it and he was also arrested several days later at Ash Island where police said they found him with climbing equipment and tools.

In a statement, Blockade Australia said this was "the first significant jailing of a climate activist in this continent's history".

"We are seeing extreme measures to systematically target voices of dissent and political opposition," the statement said.

"In the last two weeks activists have been given charges that carry 25 year sentences, been put through psychological and physical harm to remove them from lock-ons or tripods, severe community corrections orders, non-association conditions and today, 12 months in a cold jail cell.

"This response from the legal system only further exposes Australia as a deliberately designed racket that is intent on self-preservation and the protection of the ruling class."

A 62-year-old woman will also appear in court on Tuesday in relation to the protests. She was arrested onNovember 11 at the rail corridor of the Maitland Road overpass, Sandgate and charged with remain on enclosed land not prescribed premises without lawful excuse, and cause obstruction to railway locomotive or rolling stock.