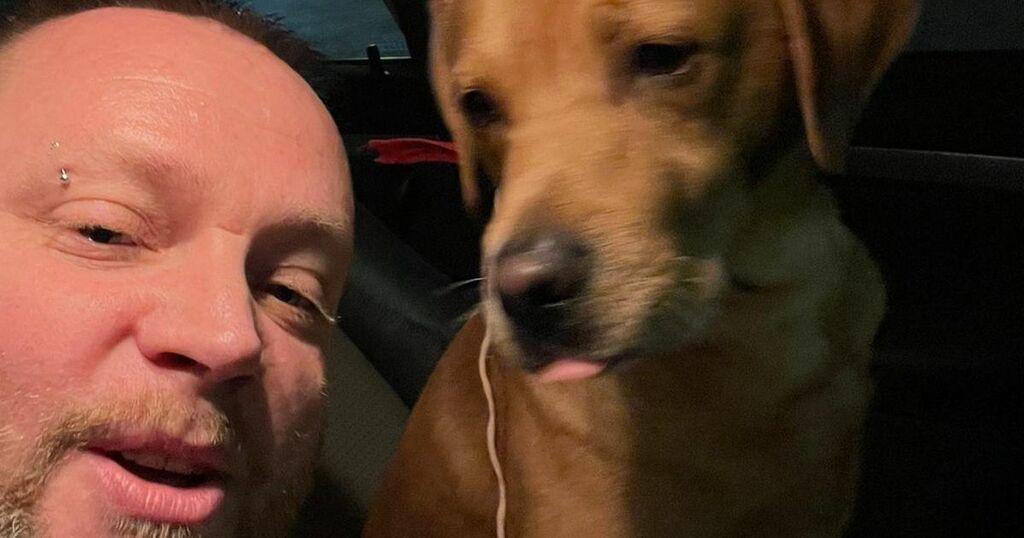 An Oxford coach driver who saved an escaped dog from the fast lane on a motorway has been dubbed a hero.

Richard Pimm, 48, from Didcot, Oxfordshire, spotted a dog running down the outside lane of the motorway when he was driving a long-distance coach of 50 passengers to London.

He said: “That Saturday was supposed to be my weekend off, but I was asked to come in and help out because they were short of drivers.

“I was driving down the motorway, and the next minute all the traffic started skidding. I was hoping that there wasn’t going to be another accident, but then I saw this dog in the outer lane.

“He’s running around, panicked, and everyone's swerving, trying to go round, but nobody was helping him. It’s a bit of a nightmare.

“I’m a massive dog lover. I knew it was very dangerous, but it was a dog on the motorway, and it’s a life at the end of the day. “

The bus driver decided to pull over to help the frightened dog, who was believed to have jumped over a six-foot fence from a nearby garden.

He said: “I told my passengers that I was going to save this dog’s life and went down onto the motorway. As soon as I crouched down and called him, he quickly came over to me.

“We clicked straight away. He knew exactly what was going on, and he was in the wrong place.”

Thankfully, Richard managed to bring the traffic to a stop and got Paddy, an award-winning Red Fox Labrador, safely onto the coach.

He said: “I phoned the police because I worried that there could be a massive accident in a minute, but I didn’t hear back from them.

“I had 50 passengers on my coach on the hard shoulder, which was not a good place to be, so I took the dog to London with me.”

“As soon as he was on the coach, the passengers were facetiming their friends and family to share the news. People were giving him water and treats. He brought the whole coach together.”

After they arrived in London, Richard took Paddy on a walk to stretch his legs before starting their journey back to Oxford.

An elderly couple shared Richard's rescue mission on Instagram, with users saying the bus driver should "receive a medal" for what he's done, and he's an "absolute hero".

After signing off his shift that night, Richard took the dog to a local vet and found that Paddy was microchipped.

Richard added: “It was really hard to leave him because I wanted to keep him. He wasn’t pulling the lead all night, but when I sent him to the vet, he was doing it like he didn’t want me to leave. He knew I just saved his life.”

The compassionate driver was relieved to hear that Paddy was soon reunited with his owners, who travelled from Stokenchurch, in Buckinghamshire, to pick him up.

The owner got in touch with Richard not long after their reunion and became “good friends”. They are planning to meet up to bring Richard and Paddy together once again, allowing the pair to continue building a relationship.