To keep climate change within limits that we can reasonably adapt to, the world needs to cut emissions at nearly the same rate it did during the peak of the global COVID-19 pandemic, scientists say.

Between 2019 and 2020, global carbon dioxide emissions experienced the largest single year-on-year decline ever recorded — 6.3 per cent — dwarfing dips during both the global financial crisis of 2008, and the estimated decline following the end of World War II.

If we could continue that trend every year, we'd be able to limit warming to around 1.5 degrees Celsius, according to the international team of scientists, who published their findings today in Nature Geoscience.

"This tells you that the massive change we saw in the economy — in this case because we were shutting it down — an equivalent change needs to happen in the decarbonisation of the world," said study co-author Pep Canadell from the CSIRO.

"Those equivalent units in the economy that shut down [during COVID], those units need to be switched to the zero carbon economy."

While the economy contracted markedly during 2020, that does not need to be the case in order to reduce global emissions, Dr Canadell said.

"The economy is so [intertwined] with fossil fuels, that when the economy collapses, so do emissions," he said.

Under the 2015 Paris Agreement, signatory countries pledged to limit global temperature increase this century to below 2C, and to pursue efforts to limit warming to 1.5C.

But since then, substantial research has highlighted the stark increase in risk as warming exceeds 1.5C.

"A lot of new research has come out to show the incredible difference between 1.5C and 2C [and] there has been an evolution within the Paris Agreement that we really need to push for 1.5C," Dr Canadell said.

"We're seeing bigger, stronger expressions of climate change now, showing that even 1.5C is a lot."

Transport and shipping the biggest factors

The researchers were able to create a dataset of daily emissions for the year 2020, based on activity data and fluctuations in activity for each sector.

They found the biggest factor in reducing emissions was the decrease in ground transport — cars and freight — which accounted for just under a third of the cut.

The initial wave of COVID-19 in the first half of 2020, which resulted in broad "stay-at-home orders, closure of factories, collapse of air traffic and perturbations of supply chains", saw the greatest drop in CO2 production compared to the equivalent period in 2019.

For a single week in April, when many regions were under strict lockdowns and industrial and aviation activity was limited, it was estimated that 17 per cent less carbon dioxide emissions were pumped into the atmosphere, compared to the same week the previous year.

In the latter half of 2020, emissions rebounded back to near 2019 levels, and subsequent COVID waves and resulting restrictions on activity only saw minor falls.

Brazil and the US saw the biggest drops as a proportion of their overall carbon dioxide emissions in 2020 — 9.7 per cent and 9.5 per cent respectively — while China saw its emissions increase by 0.9 per cent, according to the data.

The researchers suggest China's continued growth was due to its relatively short lockdown periods and rapid recovery back to full production capacity.

The significance of the study, according to climate scientist Nerilie Abram from the Australian National University, is that it demonstrates the world is capable of acting collectively to implement change on the scale that the climate emergency demands.

"It's a great demonstration that it is possible to reduce our emissions, we just need to choose the way we're going to do that," Professor Abram said.

"It's not just individuals doing their part to reduce how much they travel — those sorts of things are not the solutions.

It's also important to note that we would need to see this type of reduction in emissions compounded each consecutive year as we drive towards net zero, she said.

"It is a really interesting example that shows you what it means when scientists say we need ambitious and immediate action to [combat climate change]."

The problem of course is that in the economic rebound that followed COVID restrictions, emissions have again headed north, Dr Canadell said.

"We missed an opportunity and made decisions that weren't the best for a green recovery."

However, Dr Canadell said he saw some hope in that many countries have remained below their 2019 levels.

"The countries where emissions were going down [prior to COVID-19], including the US and Australia, we're all below where we were in 2019," he said.

However, that's not going to remain the case without large scale change to infrastructure.

"If we don't make structural changes we're going to return to where we were before," Dr Canadell said.

"Everyone appreciates that the magnitude of change in 2020 was huge.

"An equivalent magnitude of change is needed to get on the pathway to [1.5C]." 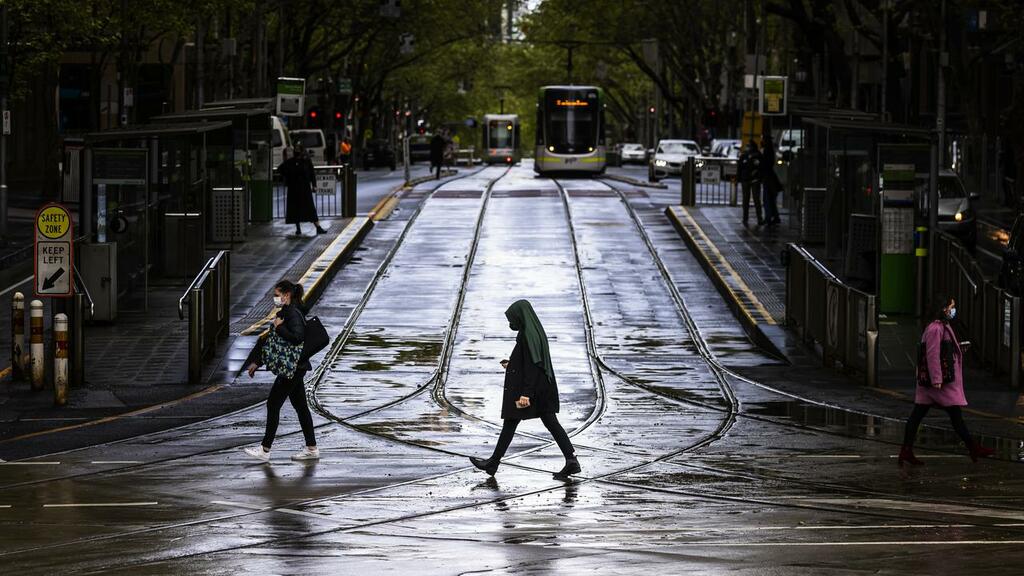 Australia's bushfire season is a month longer than it was 40 years ago, and the number of extreme fire weather…

The season now lasts 130 days and will continue to lengthen even if global heating can be kept to 1.5C,…