Claws out: Joe Exotic has 'no sympathy' after former employee Erik Cowie's death 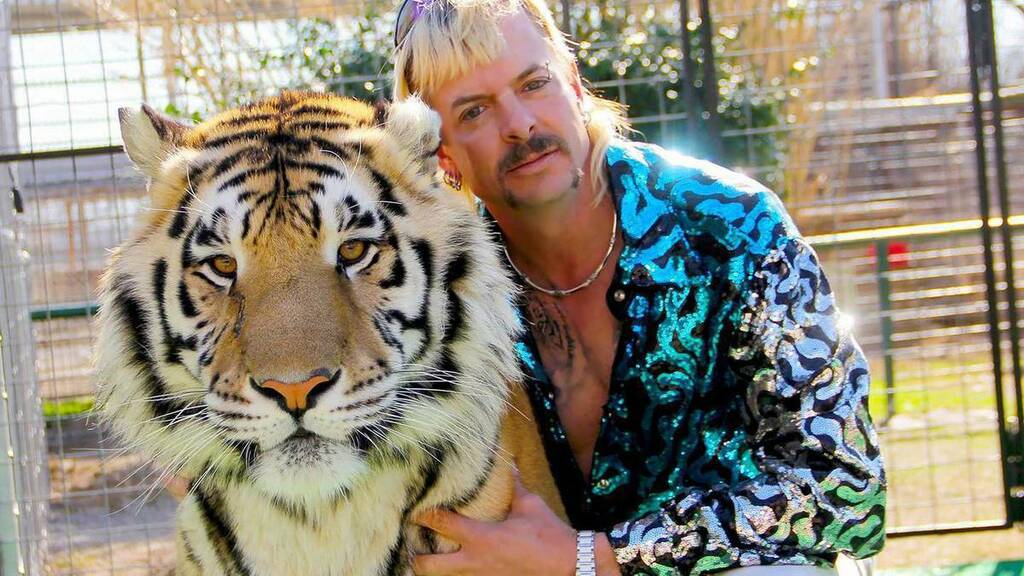 Tiger King star Joe Exotic has "no sympathy" after the sudden death of his former friend who helped imprison him.

In an exclusive interview with the Daily Mail, Exotic revealed that he was "not shocked" after hearing of the death of former fellow zookeeper Erik Cowie.

The Netflix star did not hold back about his feelings towards Cowie, who had said Exotic deserved to die in prison.

"Never wish evil upon anyone else," Exotic said. "God is watching."

Cowie testified against his former boss in Exotic's criminal trial.

And Exotic, 58, is still angry over Cowie's role in imprisoning him, claiming he was "sitting up there lying his a** off" in the trial.

Before his former friend's death, the reality star was trying to have Cowie deposed over his allegations, which helped an Oklahoma jury convict Exotic for murder-for-hire, falsifying wildlife records, and violating the Endangered Species Act on nine counts.

Now the Netflix star thinks his case is "stronger", confident he can prove Cowie perjured himself.

Writing to the Daily Mail, Exotic claimed: "The last time I spoke to Erik was when I left the zoo and Jeff fired him for being drunk and not coming to work and I got him a job with a few of my tigers I placed near Tulsa Oklahoma and he stayed drunk there and they made him leave.

"The next time I saw him was at my trial when he was [sitting] up there lying his a** off because he needed to kiss Jeff's a** to stay at my zoo and to be the big cat hero on Netflix.

"So am I shocked he is gone? No, not a bit. I put him through rehab in Ardmore Oklahoma and still [gave] him a home and a job. He had a horrible disease of alcohol."

Exotic recalled that Cowie had "attacked" him on the Netflix show Tiger King and I last year.

Cowie showed no remorse over his former boss' situation, saying, "He's going to die in there. So good riddance."

Exotic went on to say, "I'm sad he is gone but the last words he spoke about me backfired.

"Never wish evil upon anyone else. God is watching. Who is going to come forward and be a hero and get me out in Erik's name?"