Classic Banksy works to be auctioned online by Christie's 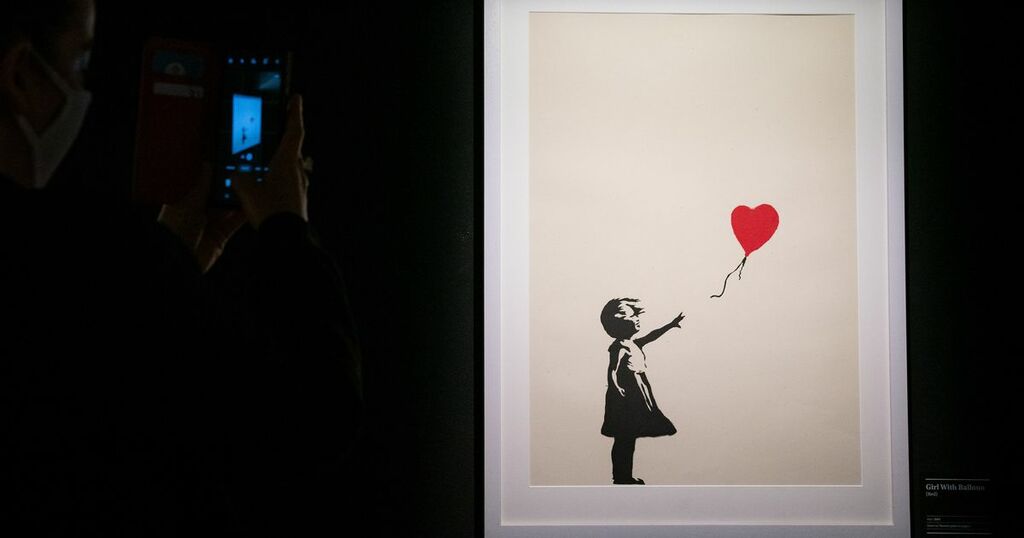 A rare version of one of Banksy’s best-known works is going under the hammer.

Girl With Balloon (Colour AP – Gold) is being sold as part of a Christie’s online-only sale dedicated to prints and editions by the subversive street artist.

Titled "Banksy: I Can’t Believe You Morons Actually Buy This S***", the name of the auction pays homage to his famous Morons screenprint.

The work is based on a photograph of the record-breaking sale of Vincent van Gogh’s Sunflowers in 1987, with van Gogh’s canvas replaced by Banksy’s text.

The image of the girl with the red balloon is one of Banksy’s most famous works, but there were a limited number of signed artist’s proofs made in other colour variations.

Auctioneers said they were extremely sought after.

The sale also features some of the artist’s best-known screenprints, including a signed impression of Rude Copper, which is expected to sell for between £100,000-150,000.

Two colour variations on Banksy’s famed Kate Moss work could go for as much as £250,000 each, auctioneers said.

The Banksy: I Can’t Believe You Morons Actually Buy This S*** sale will be on view at Christie’s headquarters in London as part of the pre-sale exhibition from September 17 to 22.

Bidding is open now until September 23.