City comment: July’s UK GDP numbers show the hard yards are ahead for the economy 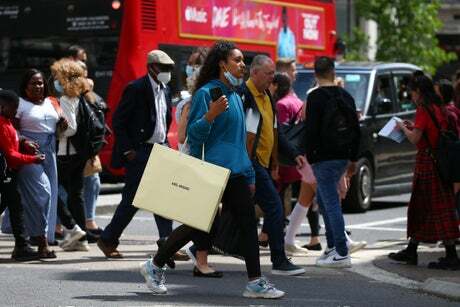 It’s official: the UK economy’s purple patch is over.

Official data out this morning shows GDP growth slowed to just 0.1% in July, which was well short of City expectations and puts the UK recovery at real risk of going into reverse.

The slowdown signals the end of a strong run of growth that began at the start of the year. A combination of relaxing restrictions, pent up demand, and the safety net of furlough helped drive a rapid bounce back starting in early Spring.

Furlough ends this month with around 1.6m people still relying on state support. There are very real fears about a spike in unemployment after a sharp slowdown in the number of people coming off furlough. Elsewhere, the government’s £1,000-a-year uplift in Universal Credit also ends this month, which will make around 5m of the poorest households £20-a-week worse off. And ongoing staff shortages and supply chain problems have no quick fix, leaving industry figures seriously worried about Christmas shortages.

The Treasury’s spending review ­— which sets government department budgets for the years ahead — and Rishi Sunak’s annual budget both loom in the months ahead. Both are likely to bring belt tightening, in sharp contrast to previous announcements.

The looming National Insurance and dividend tax hikes doesn’t help either. Although neither kick in until next year, these “taxes on jobs” are likely to weigh heavily on executives’ minds when drawing up future plans.

Taken together, the outlook for the UK economy is much gloomier than it has been for months. The hard yards of the pandemic recovery are still ahead of us.