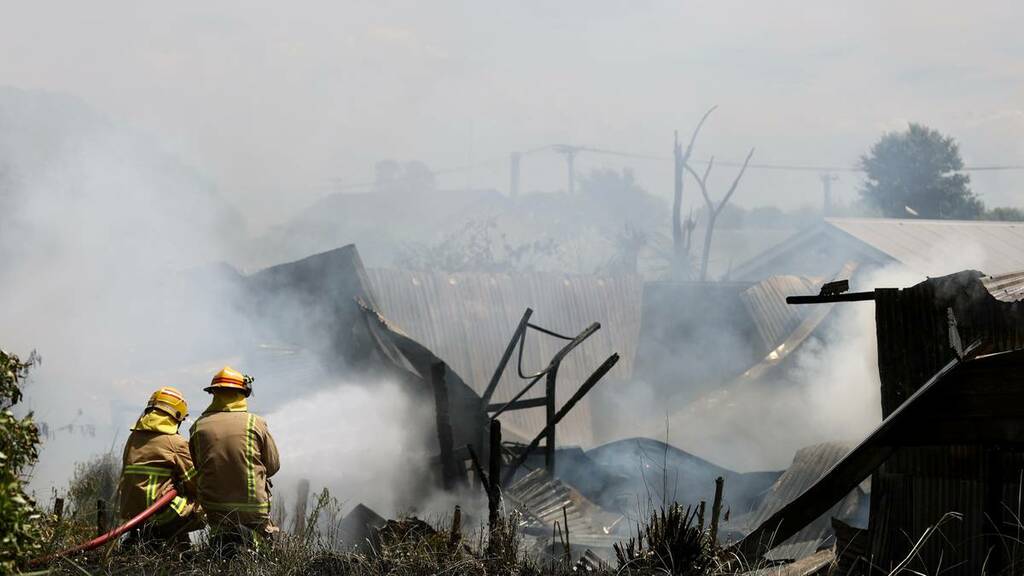 A property linked to the Mongrel Mob has been badly damaged by fire in Christchurch.

Emergency services were called to the two-storey property in New Brighton just after 1pm.

The fire was well-involved and the property is badly damaged.

Plumes of smoke could be seen in the area.

A Fire and Emergency NZ spokesman said they were called to the fire at about 1pm.

Members of the public had reported a large fire at a property in Bowhill Rd in New Brighton.

A reporter at the scene said police are armed and telling people to leave the area near the fire, saying it is an active crime scene.

The road has been cordoned off and about five fire trucks and up to 15 police cars are attending.

"If you are downwind of the incident, please stay out of the smoke and close doors and windows."

People at the scene said they had heard a loud bang, which they believed was an explosion, before coming out to see the building up in flames.

A police spokesperson said there are no reports of any injuries.