By the Asia Pacific Newsroom 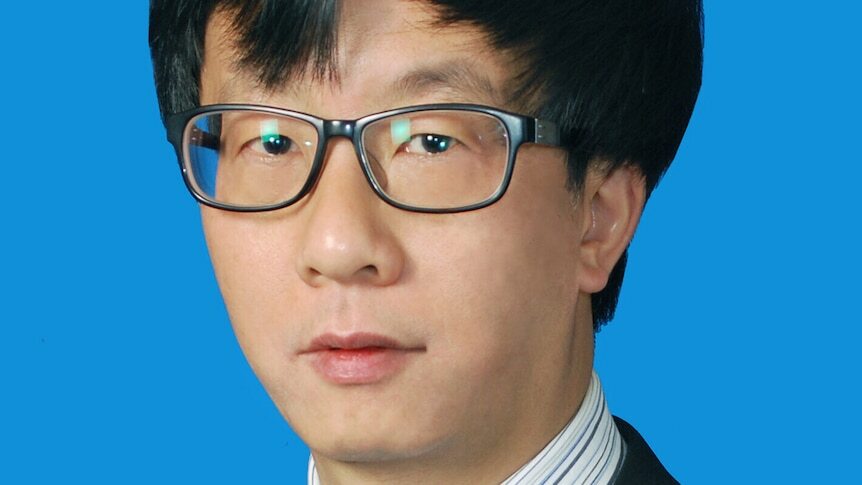 A prominent Chinese academic who had his visa cancelled on national security grounds has accused the Australian government of not being transparent about his case by refusing to respond to a letter of complaint.

Chen Hong, a professor of Australian Studies at East China Normal University in Shanghai, told the ABC he wrote back to the Department of Home Affairs in August last year after receiving a letter from the department revoking his visa in May 2020.

"I wrote, 'I am always available for you to contact me, that is if you think there are any questions you might need clarification [on].'

"But so far, there has been no contact whatsoever. It is still unsolved, like a stone dropped into the sea.

In a three-page letter addressed to the department and dated August 19, 2020, Professor Chen said he was "shocked" that ASIO deemed he was a direct or indirect security risk.

"I absolutely refuse to accept this assessment, and believe a gross mistake has been made regarding my relationship with Australia," he said in the letter, seen by the ABC.

"The cancellation of my Australia visa is incredulously stunning and very disappointing to me. In fact, [at] first I thought the email was a spam fraud letter."

The Department of Home Affairs declined to comment on the case, but a spokesperson said the Australian government "does not tolerate non-citizens who engage in conduct or behaviour of concern and will continue to act decisively to protect the community from the risk of harm posed by these individuals".

The AFP is investigating whether Mr Zhang used a chat group on the Chinese social media platform WeChat to encourage Mr Moselmane to advocate for the Chinese government's interests.

Professor Chen and another leading Australian studies scholar, Li Jianjun, were drawn into the investigation over the alleged infiltration because they were members of the WeChat group.

Mr Li declined to comment for this story, saying he continued to focus on his Australian academic work in China.

Members of the chat group said it was totally harmless.

Today, Professor Chen still maintains that he has not done anything wrong and is not a risk to Australia's national security.

"It was alleged that I was in a WeChat group and pressure was exerted for foreign interference," he said.

"Whoever in their right mind would … use [a] WeChat group chat to exert political interference?

"I am just speechless and shocked."

His comments come almost a year after ABC Investigations reported on search warrants issued against the prime suspect, John Zhang.

The warrants identified at least another nine people in connection to the investigation, including Professor Chen and Mr Li.

According to search warrants served on Mr Zhang in June 2020, the AFP suspects he was part of a group of foreign agents secretly collaborating with the United Front Workers Department and China's leading spy agency, the Ministry of State Security (MSS), to influence Mr Moselmane.

The warrants allege the group may have broken Australia's foreign interference laws by trying to influence the politician covertly in a "private social media chat group and other fora," and by concealing their alleged collaborations with the Chinese state.

The AFP declined to comment on the ongoing investigations.

Professor Chen and Mr Li are both well-known academics in their fields.

Over his career, Professor Chen has attended events with former foreign minister and NSW premier Bob Carr, and was the translator for former prime minister Bob Hawke on his 1994 trip to China.

Professor Chen is a prominent commentator on Australian relations in the Chinese state media tabloid, the Global Times.

His academic specialty is analysing the work of Nobel-prize-winning Australian author Patrick White.

His colleague Li is a Peking Opera lover and his PhD is about Australian literature from the 1950s and 1960s.

In the letter, Professor Chen outlined his academic work, including his position as director of his university's Australian Studies department, editing journals, and running an annual contest for university students to test their knowledge of Australia.

He said he made candid comments about bilateral relations between Australia and China.

He said while he was sometimes critical of some of Australia's policies, his intention was to "eliminate misunderstanding".

"I am well known in China as one of the most vocal promoters and advocators of understanding of and friendship with Australia.

"I have a deep fondness of Australia as a country, a society and a culture. I have done nothing and will do nothing to act as a risk to Australia's security."