When Chan Zhang heard about the U.S. Supreme Court’s decision to overturn Roe v. Wade, she was baffled that Americans were still arguing over abortion rights.

“Here, overall, the society does not encourage abortion,” said Zhang, a 37-year-old junior faculty member at a prestigious university on China’s east coast, “but I feel like women have the right in terms of whether they want to get an abortion.”

Abortion, like almost all reproductive issues in China, is heavily centered on Chinese Communist Party authority. The party for decades forced abortions and sterilizations on women as part of its one-child policy. Now, faced with a demographic crisis, it wants women to have more than one baby — and preferably three.

But Beijing is still dictating who can have babies, discriminating against single women like Zhang and minorities through draconian family planning policies. The question now, many women say, is why they would choose to have any babies at all.

With China’s birthrate at a historical low, officials have been doling out tax and housing credits, educational benefits and even cash incentives to encourage women to have more children. Yet the perks are available only to married couples, a prerequisite that is increasingly unappealing to independent women who, in some cases, would prefer to parent alone.

Babies born to single parents in China have long struggled to receive social benefits like medical insurance and education. Women who are single and pregnant are regularly denied access to public health care and insurance that covers maternity leave. They are not legally protected if employers fire them for being pregnant.

Some single women, including Zhang, are simply choosing not to have a child, quietly pushing back against Beijing’s control over women’s bodies. Those who find ways to get around the rules often face consequences from the state.

“Many people think that being a single mom is a process of confrontation with public opinion, but it’s not,” said Sarah Gao, 46, a single parent who lives in Beijing and is outspoken about reproductive rights. “It’s actually this system.”

Chinese law requires a pregnant woman and her husband to register their marriage to get prenatal care at a public hospital. When Gao found out that she was pregnant, she had to tell doctors at one hospital that her husband was overseas to be admitted.

Her daughter was born in November 2016. Eight months later, Gao was fired from her job, prompting her to file a lawsuit accusing the company of workplace discrimination. The company won because Gao does not qualify for legal benefits and protections as an unmarried mother.

The court said her unmarried birth “did not conform to China’s national policy.” She is appealing for a third time.

China’s national family planning policy does not explicitly state that an unmarried woman cannot have children, but it defines a mother as a married woman and favors married mothers. Villages offer cash bonuses to families with new babies. Dozens of cities have expanded maternity leave and added an extra month for second- and third-time married mothers. One province in northwestern China is even considering a full year of leave. Some have created “parenting breaks” for married couples with young children.

But the sweeteners are not doing much to reverse the demographic crisis, especially in the face of China’s steadily declining marriage rate, which reached a 36-year low last year. Women who came of age during the greatest period of economic growth in China’s modern history increasingly worry that their hard-earned independence will be taken away if they settle down.

A politician at China’s most recent annual meeting of its rubber-stamp legislature suggested that the party be more tolerant toward single women who wanted children, giving them the same rights as married couples. Yet even as a shrinking population threatens Beijing’s long-term economic ambitions, Chinese authorities have often failed to introduce lasting policy changes.

Authorities moved last year to scrap the use of “social support” fees — a sort of penalty — that single mothers pay to get benefits for their children. But some areas have been slow to adopt the new rules, and the regulations can vary because enforcement is left to the discretion of local governments. Recent changes to Chinese law make it illegal to discriminate against the children of single parents, but some women still have to navigate an unsympathetic bureaucracy.

Last year, landlocked Hunan province said it would consider providing fertility services for single women, but it has not made much progress. When Shanghai decided to drop its policy of giving maternity benefits only to married women, it reversed the decision just a few weeks later, underlining just how hard it is for authorities to loosen their grip on family planning.

“At the societal level, it is a threat to the legally recognized marriage institution and social stability,” said Zheng Mu, an assistant professor of sociology at the National University of Singapore who studies fertility in China.

Ten years ago, Kelly Xie, 36, got married because she wanted to have a child. “I had got to that age at the time, then I was picking and choosing and it seemed that he was the most suitable one,” she said. Four years later, she gave birth to a daughter, but she was unhappy in her marriage.

Her mother-in-law doted on her husband and was quick to criticize Xie if anything was out of order at home, sometimes even calling her at work to complain about dust in the corner or an unwashed plate in the sink.

Now divorced, Xie said she would like to have a second child on her own, but her options are limited. One possibility is traveling overseas for in vitro fertilization, or IVF, which can be prohibitively expensive for some women. For now, Xie searches the internet, hoping to find someone willing to help her to get pregnant the old-fashioned way.

Providing single moms with maternity insurance to cover the costs of fertility services like IVF would be a great source of support for unmarried women, Xie said. In Beijing, for example, married women can now freeze their eggs and get other subsidized IVF services under the city’s medical insurance benefits, part of a new policy to “support fertility.”

IVF is illegal for unmarried women almost everywhere in the country, so Li Xueke traveled to Thailand when she was 29 to have the procedure performed there. An entrepreneur who made her wealth running modeling schools, Li told herself that if she had not found a man she wanted to marry by 30, she would have a baby on her own.

She ended up with triplets, and nearly three years on, she does not regret her decision.

“I think I’d rather live a high-quality life as a single mother than get married and settle for less,” said Li, who does not need any financial assistance from the government and can hire nannies to help take care of her children.

But even among the most educated and accomplished women in China, Li is an outlier. Many successful women who want to have a child but are put off by the country’s policies toward single mothers have decided not to get pregnant.

“If you really want to have a baby without a man,” said Zhang, the faculty member, “you have to fight for it.” 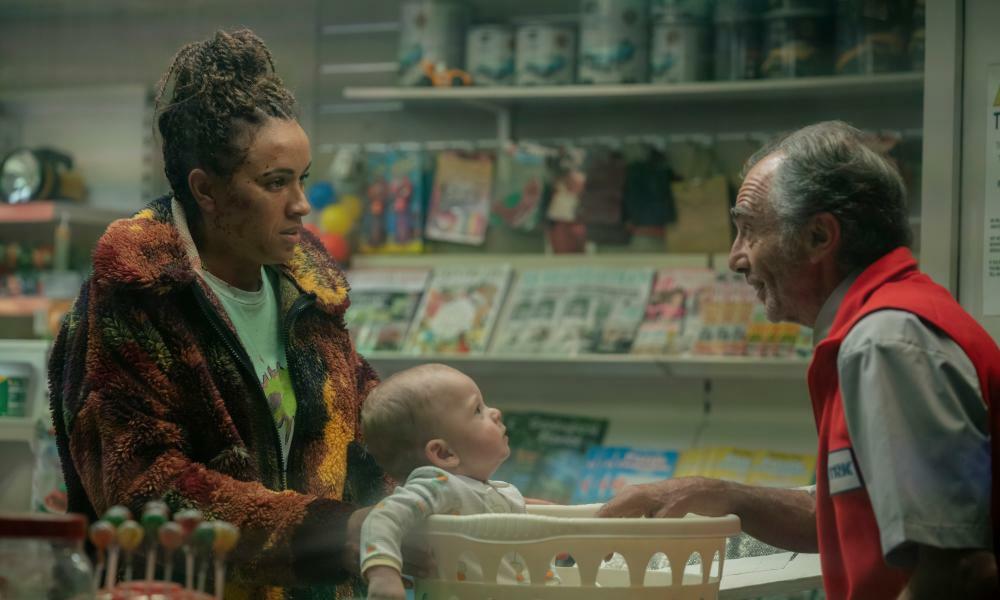 The Guardian - UK
One subscription that gives you access to news from hundreds of sites
When choice saves lives
Women’s rights are more than a moral crusade, the lives of thousands of women and children hang on a woman’s…

360info
The solution to baby dumping is women in power
If Malaysia wants to stop teen pregnancies, it could start by putting more women in parliament.

360info
Is it possible to be a mother and pursue a creative life? Yes, but it is never easy

A new book explores how pregnancy and motherhood affected the lives of artists including Audre Lorde and Susan Sontag. At…

The Guardian - US
How many children does Boris Johnson have? - OLD

Boris and Carrie Johnson welcomed their second child in December 2021

The Independent UK
One subscription that gives you access to news from hundreds of sites
How many children does Boris Johnson have?