China And Russia Make Critical Mineral Grabs in Africa While the U.S. Snoozes 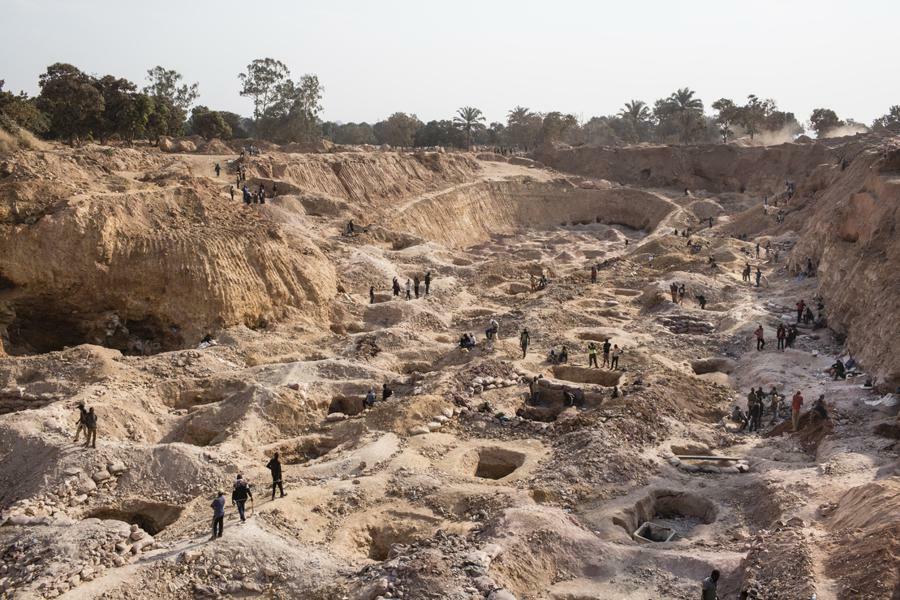 Countries across the globe are pursuing zero-emission goals, which have created a bottleneck of critical rare earth elements (REE) such as cobalt, copper, and lithium. These are essential components in producing renewable energy technology, from electric vehicle batteries to wind turbine blades. REEs also play a key role in manufacturing semiconductors and other electronics.

Access to these resources – both in raw and refined forms – has never been more important. Much like oil was throughout the 20th century, critical minerals are the primary inputs of future economic growth. Governments and private companies are increasingly acknowledging this, resulting in a global “gold rush” for these strategic minerals.

The global annual demand for rare-earth elements, a subset of ‘critical minerals’ deemed vital to economic security, is expected to increase from 208,250 metric tons in 2019 to a forecasted 304,678 metric tons by 2025. REEs are not truly "rare" — they are found worldwide — but deposits containing economically usable concentrations are less common, thus reducing the number of financially feasible extraction projects.

Competition for the refining of REEs and other critical minerals is even more limited, with China holding a monopoly on downstream processing. As of 2019, 80% of U.S. refined REE imports come from China. Furthermore, China’s main mineral mining company ‘China Minmetals Rare Earth Co’ has announced a merger with two other firms, creating a global force in the strategic industry.

With accessibility constrained by China and now COVID-related supply chain disruptions, another obstacle emerging for REE supplies are demands for more environmentally responsible extraction methods. The mining of rare earth metals comes with an environmental and political cost.

REE extraction is now under scrutiny as environmental activist groups question the methods used to harvest these minerals. Furthermore, there are concerns over the loss of revenue and the ecological impact on impoverished communities such as the Native Americans in the United States and ethnic minorities in Africa – a hotbed of critical mineral mining.

Amidst the rising social and environmental costs of mining in the West, less scrupulous countries like Russia and China are capitalizing on soaring demand. Despite Russia holding the 4th largest global supply of REEs, with an estimated 12 million tones, they – along with China – have decided to use political leverage to secure mining deals throughout Africa, where labor is cheap, and regulations are virtually nonexistent. While China has entered the region through billions of dollars in Belt and Road financing, Russia is making inroads through the strategic deployment of mercenaries.

Africa, a wildly politically unstable continent has presented an opportunity for the Russian private security contractor Wagner to capitalize on mineral and mining operations sales. The Wagner group uses its military tactics to support governments in times of conflict – and in return has benefited from lucrative mining deals and special diplomatic status within countries.

Russia plans to continue to spread its influence within the region through Private Military Companies (PMC) operations.

Geopolitical competition has centered in Northern and Western Africa, where China and Russia are mining and processing REEs. This is primarily attributed to China's increase in the Belt and Road initiative. As of October 2021, Chinese banks make up about one-fifth of all lending to Africa – concentrated in strategic or resource-rich countries, including Angola, Djibouti, Ethiopia, Kenya, and Zambia. Annual borrowing in 2019 is thought to be $7.6 billion, whereas Russia has primarily used the Wagner Group to project power the continent.

But Africa is not the only focus of Chinese mining initiatives. China has also taken the lead in investing in Latin America’s mineral resources while the U.S. is asleep at the switch.

In Brazil, major Chinese companies such as Ningbo Zhoushan penned a lucrative deal with Brazilian mining giant Vale to export iron-ore to mainland China for processing. Beyond Latin America, China and Russia have explored expanding opportunities in Eurasia, their backyard. Essential to their long-term economic future, the Russian government promised to invest over $1.5 billion in domestic mineral projects, hoping to become an REE powerhouse by 2026. Differing slightly, the Chinese strategy in Eurasia has focused on Mongolia, where companies have invested significantly in mining operations.

Much like the extraction of hydrocarbons critical to economic security, REE mining has become an increasingly political issue. Political and private sector leaders – at least in the West – must be sensitive to the potentially destructive impacts of such mining activities both domestically and abroad.

Beyond developing more environmentally sound extraction techniques (that are still economic), the West must embrace new methods to increase mineral access. This should include the development of national strategic critical mineral reserves to be used in times of supply shortfalls – much like the strategic petroleum reserve (SPR) in the United States today. Mineral recycling, substitutes, and prospecting technology must also be pursued. The latter will be vital in identifying deposits of rare earths in places that are less likely to cause severe economic impacts, such as the seafloor and even in outer space.

Indeed, the potential for asteroid mining has piqued the interests of major geopolitical powers as an alternative to REEs. Asteroid mining could result in unfathomable supplies of iron, nickel, and platinum. This would lessen the environmental impact of mining on earth, which eases concern over degrading climate conditions. Though launching such missions would be expensive, such operations are considered part of space expansion policies in Russia, China, and the United States.

The importance of critical minerals to the energy transition and future economic growth is undeniable. How nations and private companies decide to guarantee environmentally sound, affordable, and dependable access to these resources will bring far-reaching geopolitical, environmental, and social ramifications.

With assistance from Riley Moeder and James Grant