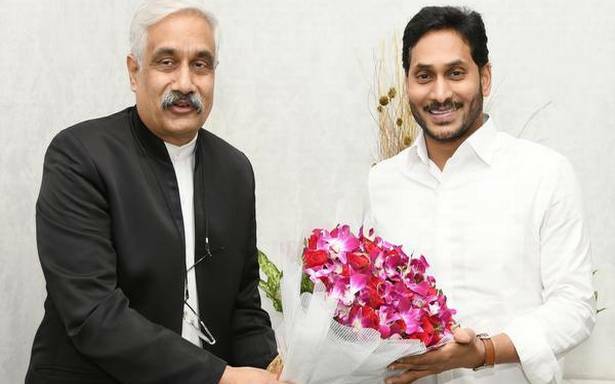 Chief Secretary Sameer Sharma held deliberations in virtual mode with his Odisha counterpart Suresh Chandra Mohapatra on various inter-State issues on Monday as a follow-up of the recent Chief Minister-level parleys held in Bhubaneswar. The issues focussed upon were related to revenue, transport, energy and water resources and school and higher education.

Mr. Sharma said the two sides need to sort out the issues in an expeditious manner through a joint effort.

Mr. Mohapatra said the high-level committees set up by the governments had many issues that could be settled amicably by carrying forward the exercise undertaken by the Chief Ministers. He pointed out that emphasis had to be laid on improving road connectivity between the two States, and wanted minutes of the meeting to be quickly shared in order to have a comprehensive discussion on the problems next time.

Regarding the energy sector, steps required to resolve the differences on Jalaput, lower Machkund and Chitrakonda hydro-electric plants were discussed.

Besides, the disputes over Neradi barrage and Jhanjhavati project and the pumped storage facility on Bahuda river, and the proposed introduction of Odia and Telugu languages in Dr. B.R. Ambedkar University (Srikakulam) and Berhampur University respectively were discussed.

A.P. Government Principal Secretary (Transport, Roads and Buildings) M.T. Krishna Babu said steps to implement the inter-State transport agreement and providing night halts to stage carriers in both States had to be taken at the earliest.

The dispute over Kotia villages was agreed to be settled at the district level on the basis of maps available with the District Collectors concerned.