Chicago students back in classrooms with union vote ahead 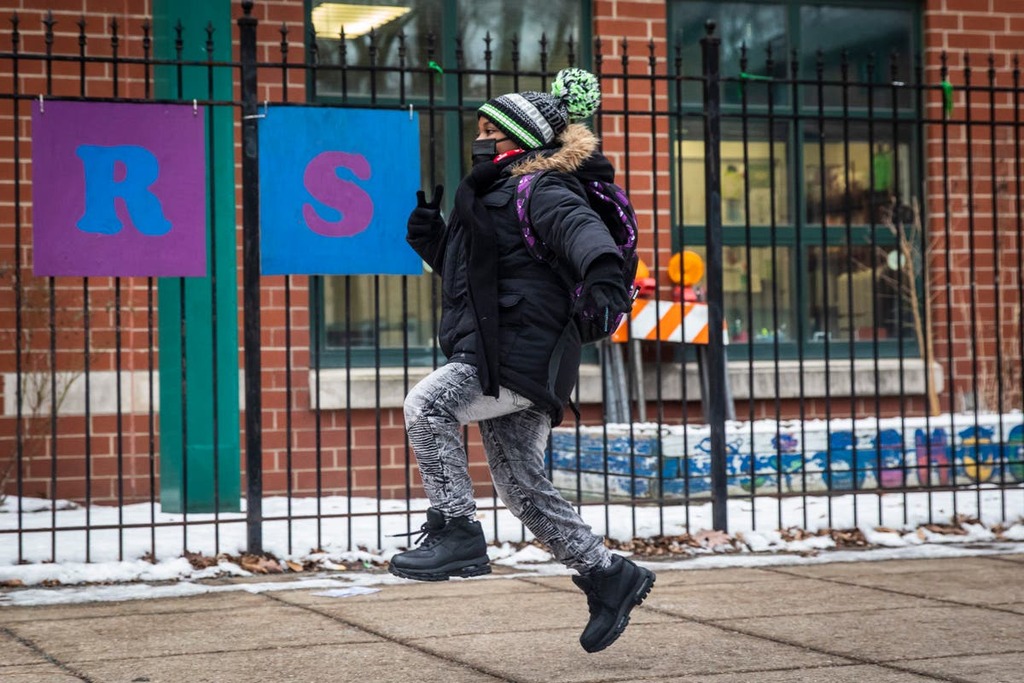 Chicago students returned to classrooms Wednesday after the nation's third-largest school district canceled five days of classes amid a standoff with the teachers union over COVID-19 safety protocols.

But members of the Chicago Teachers Union have until Wednesday afternoon to decide whether to approve the agreement or refuse in hopes of restarting talks with the city.

Leaders of the union made the tentative agreement on Monday and have urged members to accept it, acknowledging that teachers didn't get initial demands including widespread coronavirus testing and a districtwide commitment to use remote learning during a surge of COVID-19 infections.

Union President Jesse Sharkey acknowledged on Monday that the agreement “wasn’t a home run" but was “as much as we could get right now."

Chicago's struggles to keep educating children during the omicron variant's surge are similar to those faced by districts across the country, but the latest high-profile fight between teachers and Mayor Lori Lightfoot forced attention from the White House and governor's office.

The union, which voted last week to revert to online instruction, told teachers not to show up to schools starting Jan. 5 while talks took place

Lightfoot, a Democrat, repeatedly refused to agree to remote learning districtwide. She also opposed teachers' demands for a testing program that could randomly test all students unless their parents opted out.