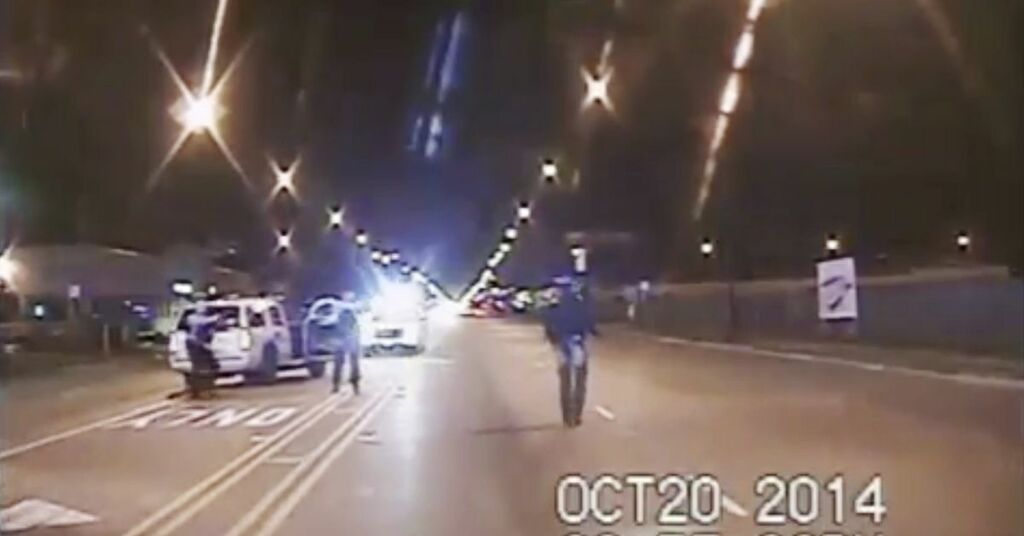 The Chicago Police Department says it’s making progress on reforming how cops use force and how force is monitored.

That’s according to a report the department released Wednesday about the steps it’s taking to comply with a federal consent decree — a sweeping court order that requires reforms to the use of force, discipline, supervision, training and recruiting.

The consent decree stems from a 2017 lawsuit against the city by the Illinois attorney general’s office in response to the killing of Laquan McDonald, who was shot by Officer Jason Van Dyke in 2014. Van Dyke was fired and sentenced to prison.

The police department’s report doesn’t say how it’s doing in meeting the latest deadlines of the 2019 consent decree.

In May, an independent monitor said the department blew about 40% of the consent decree’s deadlines last year. The monitor’s office is expected to release its next report in coming weeks.

In an interview, Robert Boik, executive director of the Office of Constitutional Policing and Reform, said the police department went from complying with about 50 reforms in the consent decree in July 2020 to more than 150 by the end of 2020. There are about 800 reforms the department is required to fulfill.

Boik wouldn’t release performance figures for January through the end of June this year, saying they’ll be in the next independent monitor’s report. But he said “we expect to see an increase in the percentage of compliance and in the number of paragraphs in compliance.”

Boik said other police departments that have been under similar consent decrees have taken a decade or longer to comply with all the required reforms.

He said the Chicago Police Department is “doubling down” this year on reforming the policies on how cops use force. Allegations about excessive force were why the department was placed in a consent decree in the first place, he noted.

“We are proud of the progress we made,” Boik said. “This is a long haul.”

The police department’s latest report, which was filed in federal court Wednesday, says most Chicago cops have received training this year on the current policy on the use of force, on giving medical aid and on how to conduct a vehicle pursuit. Later this year, all cops will get training in how to de-escalate situations to avoid the use of force. A revised use-of-force policy will go into effect next year.

In March, after the independent monitor said police officials should develop a foot-pursuit policy, the department approved an interim policy in June and is working with citizens and rank-and-file cops to draft a permanent one.

The department says it’s also taking steps to better monitor the use of force. For instance, it’s testing a questionnaire for police supervisors about incidents in which people are hospitalized or killed because of the actions of an officer. And it’s reviewing situations in which cops point their weapons, according to the report.

The police department’s 140-page report also touted the expansion of community-policing efforts, including outreach to ministers, transgender people, homeless people and immigrants. There’s a pilot program in which beat cops will pass out business cards so citizens can contact them about problems. Cops will get mandatory training about community policing.

There’s another pilot program that reduces the number of cops that sergeants supervise — and requires a sergeant to monitor the same group of officers every day. It’s being tested in the 4th, 6th and 7th districts on the South Side, according to the report.

Also Wednesday, Mayor Lori Lightfoot announced a pilot program to mediate citizen complaints that normally are investigated by the Civilian Office of Police Accountability or the police department’s Internal Affairs Bureau. The consent decree had called for that, she said in a statement.

“Chicago residents, community leaders and stakeholders have called for an alternative to the traditional complaint investigation, which this pilot program will provide,” Lightfoot said.

Wednesday’s report comes at a time of continuing violence in Chicago against residents and cops alike.

Murders and nonfatal shootings are up this year compared to the same period of 2020 — when violence soared in the city. More cops have been shot at this year, too, including Officer Ella French, who was killed last month.