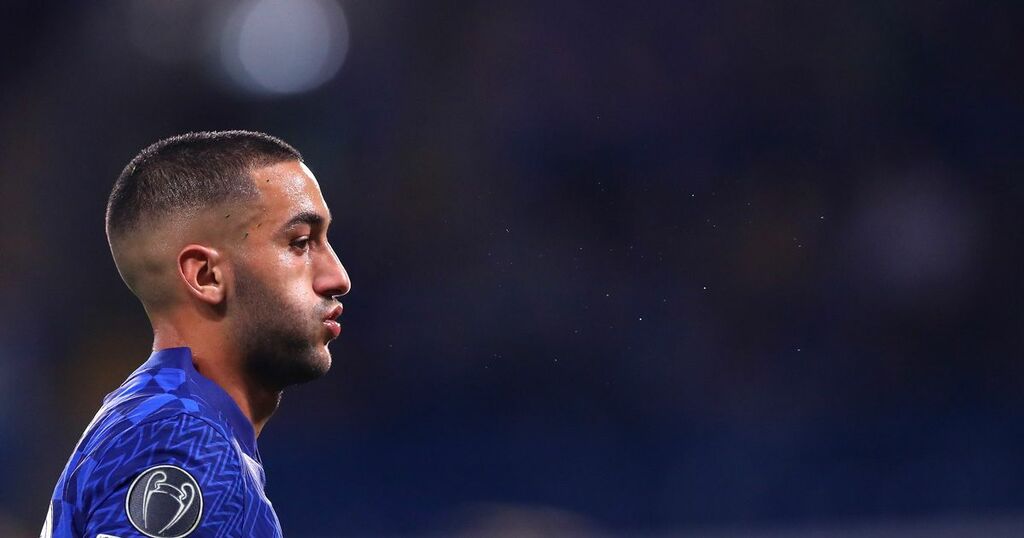 Chelsea were locked at 0-0 with Zenit St Petersburg at Stamford Bridge with the game just passing the hour mark on Tuesday night and it was clear that Thomas Tuchel needed to make a change.

It just wasn't happening for the Blues, who were finding all of their supply lines to Romelu Lukaku blocked off by a combination of Zenit's two centre halves man-marking the Belgian and the visitors dropping deep to shackle Chelsea's two wing-backs Marcos Alonso and Reece James.

Chelsea's creative outlets weren't at the races either. Mason Mount had one of his least effective outings for some time while Hakim Ziyech also couldn't get anything going.

Mount is integral to Tuchel's side despite his off night in midweek but Ziyech plays in a position where there is a lot of competition for a place and, so far, he isn't nailing it down. He's got the likes of Kai Havertz, Christian Pulisic, Ruben Loftus-Cheek, and to an extent Timo Werner all vying for the same spot.

Straight off the bat, it's only fair to point out that the Moroccan is coming back off a shoulder injury he sustained in the UEFA Super Cup final win over Villarreal in Belfast in August. Injuries have been a bit of a theme throughout Ziyech's short career in the capital so far as well.

He missed ten games last season as a result of knee and hip problems respectively but still found regular football under Thomas Tuchel after the German replaced Frank Lampard in January. However he only started seven of 18 games in the second half of the campaign.

The 28-year-old midfielder has shown flashes of brilliance at times in Chelsea blue and also scored a vital goal for the team away at Man City last season in a 2-1 win at the Etihad.

But that's what it has been for the majority: "at times." We are all still waiting for Ziyech to put together a complete performance and one that will seem go on a long stretch of games in the first team.

His outing against Zenit was somewhat emblematic of his career with the club thus far. A bright enough start, getting into good positions and looking like he'd have a big say in proceedings before petering out.

The numbers against Zenit speak for themselves. Ziyech had a pass success rate of just 78 per cent in the game as he struggled to find his range with only 50 of his 64 passes finding their intended target.

Two of his attempts on goal were blocked and only one of them, a comfortably saved snap-shot early in the second half, found the target.

It was no real surprise when Tuchel turned towards his array of substitutes in midweek that it was Ziyech who would make way for Havertz. The German attacker stretched the game a bit more and it was no surprise to see him lurking close behind Lukaku when the Belgian striker headed home the only goal of the game.

But for Ziyech, it was another frustrating night. Chelsea fans are waiting with baited breath to see when the real Hakim Ziyech will show up.